The complicated life of an opinionated Siemens′ CEO | Business | Economy and finance news from a German perspective | DW | 24.07.2019

The complicated life of an opinionated Siemens' CEO

Hardly any German boss is better connected than Josef Kaeser, the CEO of industrial giant Siemens. Though his actions often send mixed signals, it's no wonder when taking into account the global footprint of his company. 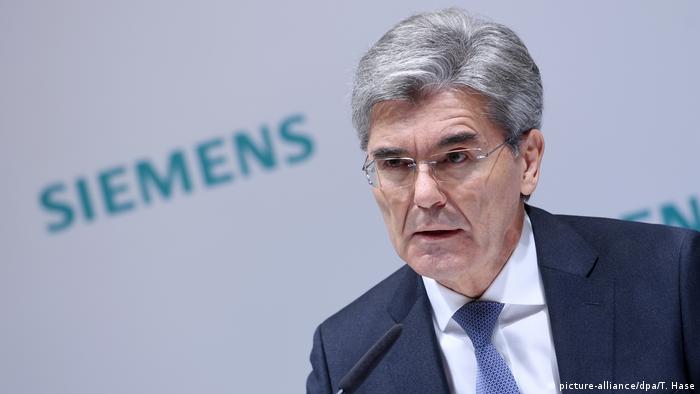 He tweets his opinions, commands hundreds of thousands of people, receives death threats and cozies up to many world leaders. He's a man who constantly jets around the world, but probably not who you're thinking of.

Joe Kaeser, the CEO of Siemens since 2013, has been making headlines lately. Yet it's not just for the company's massive restructuring plans that include spinning off divisions and thousands of redundancies. Increasingly, he has taken on politicians — Donald Trump, in particular — and social topics like diversity and saving migrants from drowning in the Mediterranean.

Opinionated CEOs are nothing new, even if a bit rare in Germany. Kaeser's tweets come in waves and in a mixture of English and German. He's also often seen at speaking engagements, with German political royalty or real royals like the UK's Prince Charles. And though he is not a daily tweeter, his outspokenness has nonetheless not gone unnoticed.

After Trump told a group of Democratic congresswomen of color to leave the US, Kaeser responded on July 20: "But it distresses me that the most important political office in the world becomes the face of racism and exclusion. I lived for many years in the USA and experienced freedom, tolerance and openness like never before."

Criticizing Trump is a popular pastime in Germany. It also has few repercussions, unless one runs a multinational with lots of business in the US and is likely to sit with the president at dinner, like Kaeser did in Davos in 2018. So why would a German CEO wade into political and social issues that don't directly affect the company's bottom line?

In theory, CEOs are only responsible to shareholders and their conscience. Kaeser's online comments have been both criticized, as carefully calculated good PR, and praised, as being heroic. Admittedly, it's a fine line to tread, especially for a conglomerate whose business interests include large turbines, generators, power transformers, lighting, medical equipment, logistics, transportation, rail systems, renewables and financial services.

Unlike Nike or Nestle, Siemens' customers are almost always governments and other big companies, so scaring off customers is a hard task. Having a liberal stance on some issues may give the company liberal green credentials, but can it really swing a billion-dollar train deal one way or the other?

Daniela Bergdolt, a Munich-based lawyer who works with DSW, an association looking after the interests of private investors, thinks Kaeser is doing the right thing.

"I believe that Kaeser has a responsibility as CEO of Siemens, which also gives him the right to comment on socio-political issues. Of course, it may also happen that such a clear statement is not conducive to business in certain situations," she told DW. "On the other hand, I think shareholders prefer a company where those responsible are willing to denounce and comment on gross grievances in society rather than simply looking the other way."

Christian Strenger, an expert in corporate governance, also says that Kaeser "should be complimented" for speaking up, but warns the CEO that doing so too often may backfire. "While Kaeser has no responsibility to do this, comments on wider stakeholder issues should do no harm, also not for shareholders," he told DW.

On the other hand Johanna Mair, a professor for organization, strategy and leadership at the Hertie School of Governance in Berlin, finds Kaeser's behavior confusing and can't see any strategy behind it. "While I appreciate the signal that CEOs stand up and also make transparent their ideological beliefs … there is a risk to doing this only sporadically and opportunistically." In her view it may motivate employees or even have an impact on ongoing negotiations, but "it does not help to build the image of integrity if not consistently enacted."

Kaeser's Twitter profile says he is "One of 387,000 dedicated Siemens employees worldwide. Passionate about innovation, inclusive capitalism & transformation of business & society. Enjoy 70s music." It's a folksy approach for the boss of a company that works in 190 countries around the world.

Yet the biggest criticism of Kaeser is that many of his statements are insincere or even hypocritical. He is loud when there is little to lose and often quiet when big contracts are waiting to be signed. 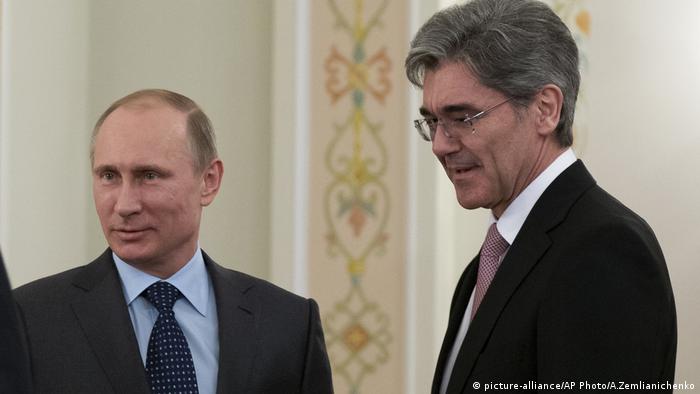 In the past, he has curried up to many governments accused of human rights abuses like Saudi Arabia, Iran and China. He also kept to business as usual after the Russian invasion of the Crimea and even personally visited Russian President Vladimir Putin to reassure him of Siemens' strong ties to the country.

In response to criticism surrounding Siemens' work in Saudi Arabia after the 2018 murder of journalist Jamal Khashoggi, Kaeser admitted on LinkedIn the difficulties he faces: "Yes, it's complicated to manage a company that has an impact all over the world and therefore receives a lot of attention and scrutiny. And, yes, it's not always easy to find the right balance between values, interests and timing."

At the same time, he wrote that "an open, honest speak-up culture are so important," while also reminding readers that the Middle Eastern country offered a "business opportunity worth up to $30 billion by 2030."

Criticizing Trump, however, is something else, not least because of the US leader's famous thin skin. But, perhaps tellingly, Kaeser's latest hard-hitting tweet about Trump is in German. Even Trump can let out a tirade one minute and the next minute be at the negotiating table, like with North Korean leader Kim Jong Un.

In the end, what may at first seem like tough political stances are in reality soft responses to current situations. They are not groundbreaking ideas. When Kaeser praises the work of Carola Rackete, the captain of the Sea Watch, for rescuing migrants and asylum-seekers, he is joining a big chorus and it is unlikely to scare away customers. For many Siemens customers, there are hardly any rivals.

And this is how the thousands of Siemens employees and shareholders like it. Kaeser should uphold European values, but at the same time he needs to fill the order books with lucrative deals, even if that means working with unsavory leaders or dictators. It is a nearly impossible balancing act and no matter where he steps Kaeser will continue to be criticized.

German industrial conglomerate Siemens has confirmed it's on its way to spinning off its Gas & Power division by the fall of next year. Slimming down will help it concentrate on more future-oriented segments. (08.05.2019)