Siemens has announced massive job cuts in its power generation division as it seeks cost savings. The industrial giant is undertaking a major restructuring with the aim of cutting more than €2 billion in costs. 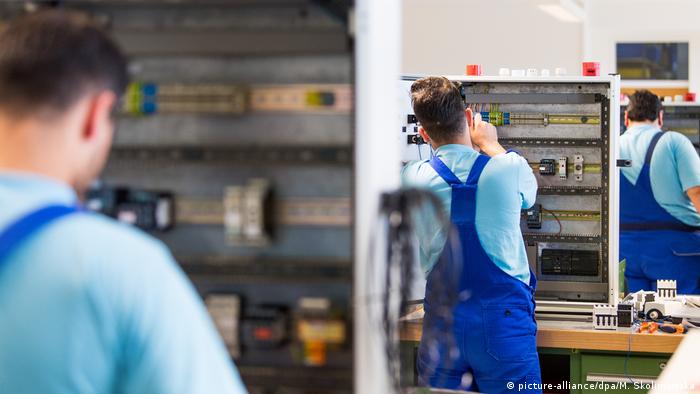 German industrial equipment maker Siemens announced on Tuesday that it will cut 2,700 jobs in its power generation division, 1,400 of them in Germany.

The layoffs would take place over several years, the company said. Its bases in Berlin and the Bavarian city of Erlangen would be most affected by the cuts.

Executive board member Lisa Davis said the measures would "help us to create more growth opportunities."

These latest cuts from Siemens come in addition to the 10,400 positions from its core units it announced last month. The company intends to cut costs by €2.2 billion by 2023.

Siemens said in May that it was undertaking a major restructuring of its power generation division, called Gas and Power, in order to save €500 million ($560 million). The changes include spinning off its oil, gas and power generation business and creating new areas of growth.

Siemens CEO Joe Kaeser plans to float the division on the stock exchange by September of next year.

Although long-term maintenance contracts continue to generate good profits, sales fell to €2.8 billion in the second quarter of this year.

Chancellor Angela Merkel has been heavily criticized by the Federation of German Industries. The organization's head stated that her administration had damaged businesses. (04.06.2019)

The German and French economy ministers have set out a 14-point manifesto for a European industrial policy fit for the 21st century. After it blocked the Alstom-Siemens tie-up, the EU faced stern criticism. (19.02.2019)