The Christian church: Dying out or thriving like never before? | World| Breaking news and perspectives from around the globe | DW | 21.08.2019

The Christian church: Dying out or thriving like never before?

In Germany priests often preach to empty church benches while in Zambia, Christian churches play a leading role in society. At the Religions for Peace World Assembly, Tessa Walther explores the root of these differences. 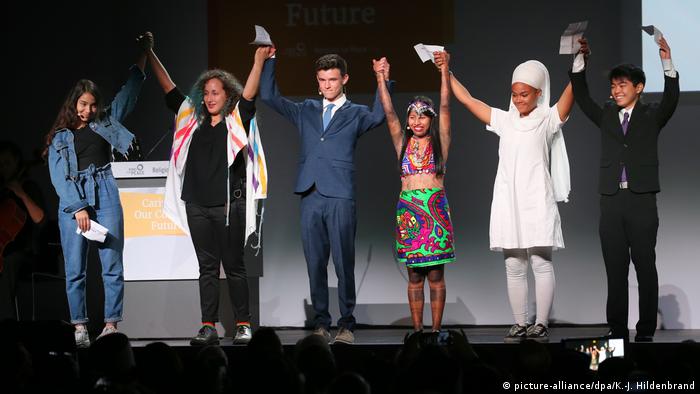 From the back of the dimly lit hall, one's gaze glides over dozens of rows of chairs, colorful clothes, tightly wrapped kimonos, black suits, all the way to the stage, where the leaders of different religious groups are holding hands.

It's the 10th World Assembly of Religions for Peace, a global, multireligious organization dedicated to promoting peace. Lasting from August 20-23 in Lindau am Bodensee, on the banks of Lake Constance in southern Germany, the assembly is a small-scale cosmos, with roughly 900 participants from 125 countries. 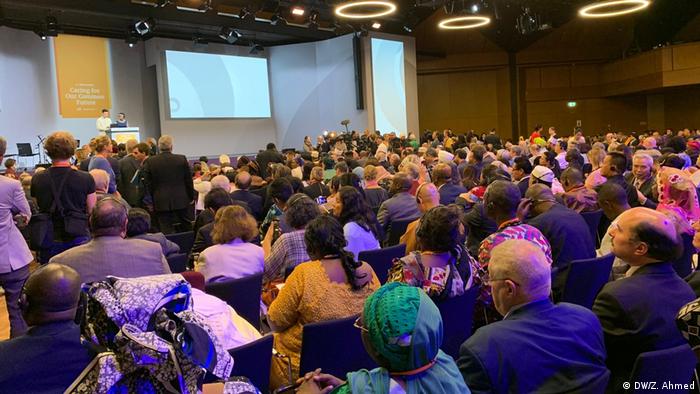 The Religions for Peace World Assembly, taking place for the first time in Germany, featured participants from all over the world and from various religions

Among them is Pentecostal Bishop David Masupa. The 59-year-old is chairman of the Independent Churches of Zambia (ICOZ), an ecumenical umbrella organization in the central-southern African country. The ICOZ has more than 1,500 churches and an estimated 200,000 Christian followers — and is growing.

"The Christian faith is clearly spreading in Zambia," he says. "Every month I receive requests from at least 10 churches that want to join us."

In the same hall, just a few rows further away, sits the Catholic priest Franz Brendle. For years, the 78-year-old led a Catholic parish close to Ludwigsburg, a city just north of Stuttgart in southwest Germany. Today, he is the chairman of the German branch of Religions for Peace.

He's inspired by the assembly's opening ceremony, but he can't say the feeling extends to the church in Germany.

"I'm often in parishes on Sundays as a substitute, and I'm sometimes nearly the youngest person there, as a more than 70-year-old. That is definitely a little depressing and embarrassing for me." 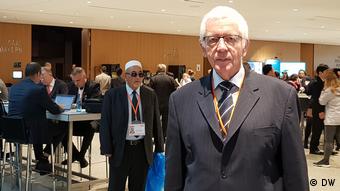 Brendle is not alone. Across Western Europe, the number of people who identify with a Christian denomination continues to decrease every year. A 2018 survey by the Pew Research Center in the US found that Central and Eastern Europeans were more likely than Western Europeans to consider religion [not specifically Christianity: Eds.] very important in their lives. In Germany, only 11% of respondents considered religion of great importance. In an area where Christianity was once strongly established, the future doesn't look so good for churches.

"In all of Western Europe, we're seeing that feelings of being connected to the church are in decline," says Detlef Pollack, a professor of religious sociology at the University of Münster in western Germany. He believes the change is due to Europeans having a much greater ability to define their own lives today than in the past.

"This affects all areas of life, from choosing a partner to choosing a career and of course the religious sphere," Detlef says. These new freedoms are not compatible with the church, which is often perceived as an authoritarian institution, he adds.

Brendle agrees: "These hierarchical structures, particularly in the Catholic Church — they're not accepted by young people today."

A strong network in Zambia

It's totally different in Zambia. There, young people seem to be particularly thankful for the church. It helps many of them get an education or find a job, Masupa explains, and has strong connections across the country. He himself is a board member of various private and public institutions. 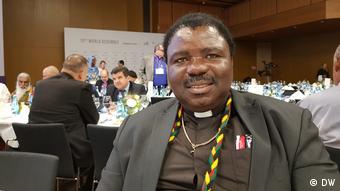 Masupa leads an umbrella organization of Christian churches in Zambia

Such help is highly valued in his country, he says. Zambia's unemployment rate is officially only around 8%, but Masupa complains about serious social and economic problems. People would drink more, sexual violence would rise, he says. "Churches play a very big role here in keeping societal ills in check."

In many African countries, family also plays an important role alongside the church in preserving and spreading Christianity, Pollack explains. Unlike in many European countries, Zambia has no welfare state. Relatives take care of each other. "The family holds a strong position, and religion is naturally transported through it," he says. Its structures are hard to escape, he says, and the social and financial dependency contrast with the individual freedom that Europeans have.

Speak the language of the people

Brendle thinks it's precisely this freedom that German churches should take seriously if they want to get people excited again about the church. He has called for parishes to have a greater say and wants to rebuild a close connection to church members.

He quotes the leader of the Protestant reformation, Martin Luther, who in the 16th century called on Catholic priests to listen to the needs of the common people and not remain stuck in past traditions that no longer fit the present day. Today, for Brendle, this means allowing women to become priests, and married men, too.

Masupa doesn't need to bother with these questions. In his perspective, being modern in Zambia means being Christian, and this comes with a clear message: "The Christian faith gives people in Zambia hope, hope that God will provide for them and that they can overcome the problems they currently face."

He is confident that this faith will accompany people for many years to come.

The Catholic and Protestant churches both lost over 200,000 members last year. The losses have hit the churches hard, as members of both churches pay up to 9% of their taxable income as church taxes. (19.07.2019)

Violence against Christians on the rise in Africa

The African continent is seeing an increasing number of violent attacks on Christians. Church representatives are particularly at risk of being targeted ― as are imams. (13.06.2019)