Violence against Christians on the rise in Africa

The African continent is seeing an increasing number of violent attacks on Christians. Church representatives are particularly at risk of being targeted ― as are imams. "Africa is a continent where violence against Christians is exploding." That's how Cardinal Dieudonne Nzapalainga described the situation in an interview with DW. The killing of Christians has increased in recent weeks in countries around Africa, he said. These attacks have targeted priests at the altar, religious representatives and also ordinary believers.

Most of the attacks were against Catholics. In Nigeria, an Evangelical pastor was kidnapped with his daughter and parishioners.

"We are experiencing an increase in violence, not only in Africa, but across the world in the context of global political instability. And in some countries the people of God become the target," Nzapalainga said.

"These acts of violence can be messages, provocations. And we must be careful not to fall into that trap," he added, warning not to respond to violence with violence.

Bloodbath in the Church

In the Central African Republic, Nzapalainga's home country, a 77-year-old Spanish nun who had been teaching girls in the country for decades was beheaded by unknown attackers. In Mozambique, a one missionary died after a knife attack. 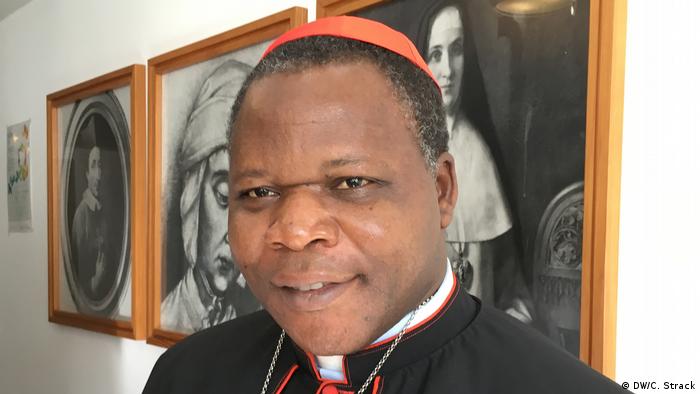 Cardinal Nzapalainga: 'We are experiencing an increase in violence'

But the most dangerous place on the continent for Christians at present is Burkina Faso in western Africa. In the north of the country, five people were killed in an attack on a Protestant church at the end of April, including the priest and two of his sons. In mid-May, attackers killed several worshipers at a Mass and a Marian procession. A priest died at the altar.

Fear of the faithful

At the Christ King parish in the Pissy district of Burkina Faso's capital, Ouagadougou, people are worried.

"We are afraid, but with Christ we are making progress. We will always gather to pray," said Father Etienne Kabore.

Many of his parishioners agreed with him after Mass.

"We hesitate to come to Church now. But as soon as I enter, I trust and pray to my God," one woman said.

"We also pray for the conversion of these people," another man said.

Imam Ismael Tiendrebeogo, who works to foster interreligious dialogue, points out that, in addition to Christian clergy and believers, Muslim imams were also deliberately killed a few months ago. Religious representatives in particular are often targeted by terrorists.

"I think it is up to the state to ensure that they are safe," Tiendrebeogo said. 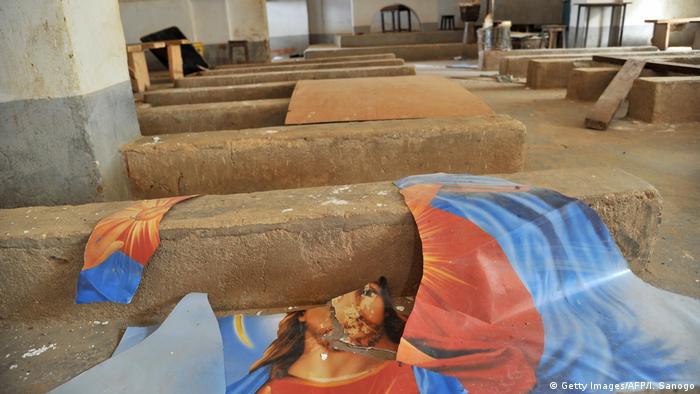 Marco Mörschbacher, Africa consultant at the Catholic aid organization Missio in the German city of Aachen, also noted the danger that religious authorities face. Of course, he told DW, one would expect imams to clearly say to extremist Muslims: "What you are propagating is not Islam."

But imams would have to "reckon with concrete threats if they propagate something like this," Mörschbacher said, adding it could go as far as murder.

Mörsbacher believes that the situation is worsening overall, but said the reasons for it vary by country: In Burkina Faso, for example, he explained that the violence there is about the expansion of a conflict already known from Mali.

"There it's less about a war of religions than about a conflict between different currents of Islam," Mörschbacher said.

Wahabism, a strict traditionalist interpretation of Sunni Islam that is most powerful in Saudi Arabia, plays a special role and it continues to spread, he added. 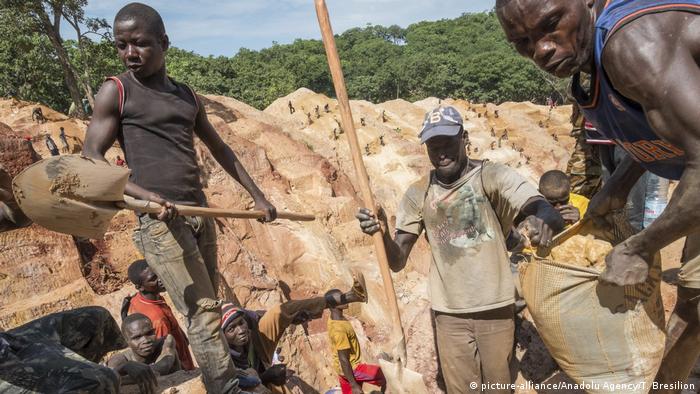 In the Central African Republic, other factors play a role, said Mörschbacher. He pointed to geostrategic interests that ultimately affect the people on the ground, noting that Russia, China and France want to exploit the country's vast natural resources. Mörschbacher called on those countries to work with the local population more closely in order to secure some prosperity for the people.

In many African countries it is evident that religion is "a force that can both build peace and drive war," he said. That is why it's right for German foreign policy to focus more on the responsibility of religions for peace, Mörschbacher explained.

Cardinal Nzapalainga agrees. In his country and also internationally he is resolutely committed to interreligious dialogue, often together with the president of the Islamic Council in the Central African Republic, Imam Kobine Layama. The Catholic Church has to align itself with the example of Jesus and enter into a dialogue with all groups, Nzapalainga said.

Religion has the "mission to unite people," and it must continue to uphold this mission, he added.