Burkina Faso in West Africa is well known for its religious and cultural tolerance. But several large-scale extremist attacks in the region are putting this to the test. One man is using theater to fight back. 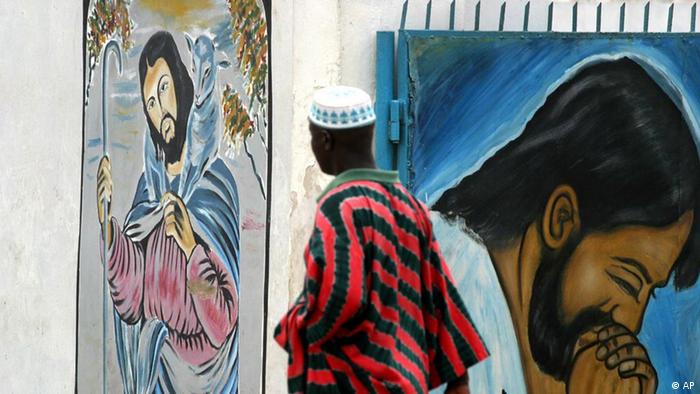 In early March, for a third time, the capital Ouagadougou was the scene of a large-scale attack — this time against the army's headquarters and the French embassy. At first it wasn't immediately clear who was behind it, until the Malian militant group, Jama Nusrat Ul-Islam wa al-Muslimin (JNIM), sent out a message claiming it carried out the attack.

As religion once again took center stage of the public debate surrounding terrorism, this got storyteller Francois Moise Bamba thinking about religious tolerance in the region.

Bamba grew up listening to the stories his father told him. Their home was in Bobo-Dioulasso, the second largest city in Burkina Faso and a place which is known for its tolerance. The name reflects two of the major ethnic groups found in the population: the Bobo and the Dioula. 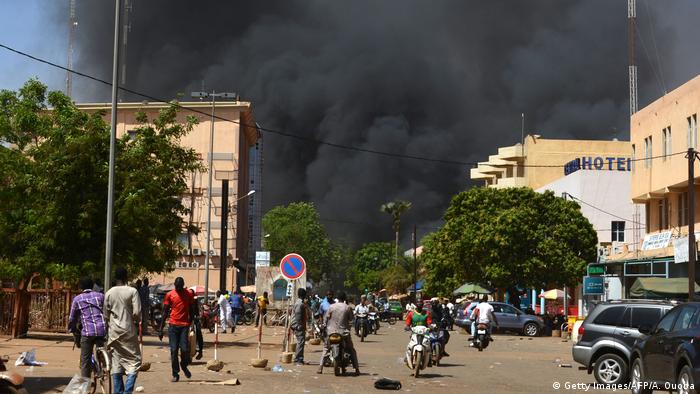 When Bamba was young, it was normal for children to visit each others' place of worship. On religious festive days, Catholic children would visit the local mosque and Muslim children would go to church. This inspired the title of his latest theater production: No One has a Monopoly on God.

"It's a title which provokes questions," Bamba told DW, "Because there are those who monopolize God, and those who want to impose their view as if it were the only truth. Here in Burkina Faso, we still have the intelligence to allow different religious groups to co-exist. You can find people of different faiths in the same family, for instance."

Testing the limits of tolerance

But with the attack on the army base — as well as the ones which preceded it — the limits of religious tolerance in Burkina Faso are being tested. In the sparsely populated and neglected northern and eastern regions of the country, the intensity and frequency of the attacks are increasing. However, Bamba does not think religious extremists are winning this battle — but it is a sign of a deeper issue of intolerance.

"No, I don't think that they are gaining territory, but I do believe that we are being deliberately targeted," he told DW, "They no longer fear death, which is why they do what they do. Our weakness is that we want to live. But we also must be prepared to die if we want to preserve what we have."

A performance with a message

Religious tolerance and the will to live are the core messages of Bamba's production, combined with humor and music played on traditional musical instruments like the kora or the balafon. Despite the show's theme, Bamba doesn't seem too concerned that he may become a target himself.

"Someone recently asked me whether I was afraid that they would target me because of the show," he told DW, "I said 'No'. I cannot be afraid because I know I'm already a target. We all are. They kill people in restaurants, in churches, in mosques and in theaters."

Bamba believes only a return to the core principals of religion will stop this wave of fanaticism. He plans to keep his show running for as long as necessary to get across his message of tolerance.

Following a military coup a month ago, Burkina Faso's junta has approved a charter allowing a military-led transition. Under the plan, the West African nation is to hold elections in three years.

Lieutenant-Colonel Paul-Henri Sandaogo Damiba was sworn in three weeks after leading a coup that toppled the government. Observers and neighbors have remained concerned but reserved about the developments.