Religious conflicts on the rise in Africa

A study by a German academic says religious conflicts in sub-Saharan Africa have been on the rise for decades. Researcher Matthias Basedau says weak African states are a major cause. 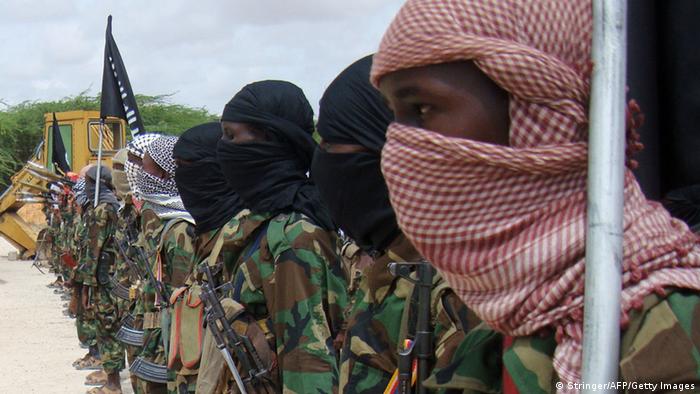 DW: In your study on the subject of religious conflicts in Africa, you claim eight out of ten active armed conflicts have a religious dimension. Why are countries in sub-Saharan Africa so vulnerable to this kind of conflict?

Matthias Basedau: Conflicts that have a religious dimension are becoming more common worldwide and sub-Saharan Africa is no exception. The region is generally vulnerable to conflicts because many states in sub-Saharan Africa are often weak. It also has to do with the fact that religious conflicts spill over from North Africa and the Middle East; either directly from Libya or Algeria or indirectly through the spread of more radical versions of Islam. However, religion is only one aspect of these conflicts - they can also be ethnic conflicts, or conflicts over power or resources. There is no conflict based purely on religion.

You also mentioned in your study that countries with a heterogeneous population and religious communities are particularly susceptible to religious conflicts. Somalia is one of the most unstable countries in Africa; it is also one of the most religiously homogenous countries on the continent. In Nigeria the Boko Haram Islamists also frequently attack Muslims. How do you explain this phenomenon?

Basically, one must distinguish between two types of religious conflicts. In inter-religious conflicts, the conflict parties differ in their religious affiliation - for example, Christians and Muslims. This can overlap with ethnic identities, and it is clear that heterogeneous societies are more vulnerable to triggering conflicts along these lines. This is different from theological conflicts which are mostly about religious ideas. Such conflicts can arise in majority Muslim societies, such as Mali, Somalia or Northern Nigeria. But we are also aware of examples of Christian rebel groups in sub-Saharan Africa who have theological demands. The parties involved may differ on the question of what role religion should play in the state. For example, radical Muslim groups demand the introduction of Sharia law. A weak state allows these kinds of groups to be active in the first place - their radical ideology becomes more attractive to people if the state does not provide adequate public services and the politicians are corrupt. But of course, not all Muslims in these countries are radical Islamists.

Why do radical groups from North Africa and the Middle East have an interest in stirring up these conflicts?

Active radical groups have a more direct influence in North Africa, such as Al-Qaeda in the Islamic Maghreb (AQIM), or offshoots of the so-called Islamic State. They have an interest in creating branches in other countries. They have supported rebels in Mali and there are indications that they are also doing it in Nigeria and Somalia. Other Middle Eastern states are more likely to have an indirect influence. It is about spreading a radical version of Islam. Sub-Saharan Africa traditionally was home to a rather moderate form of Islam, for example, Sufism. Countries like Saudi Arabia or Qatar are spreading Wahhabism, or similar variants, which can indirectly create a radical ideology that leads to violence. But it is not entirely clear how this influence is spreading or how strong it is.

What role has globalization and social media played in increasing religious conflicts?

Globalization - the simplified flow of information, goods and finances - promotes these kinds of issues, not only in Africa, but also elsewhere. On the other hand, thanks to globalization, governments can also improve their networks to implement de-radicalization measures.

What counter-measures would have to be taken to stop the advance of religious conflicts in sub-Saharan Africa?

The counter-measures must be based on a careful analysis of the causes. We do not know everything yet, but some measures are likely to take hold. Firstly, we need to be aware that there are both religious and non-religious causes that must be dealt with at the same time. On the religious side, one can carry out de-radicalization measures, thus strengthening peaceful interpretations of faith. From a non-religious point of view, this is mainly about long-term development. In other words, governments and states must offer their citizens better prospects. It is about good governance and security. Several measures will be required but the good news is that some of these are already in place. African governments must do most of the work with the support of other countries. In Burundi and Nigeria for example, Germany supports pilot projects through the German Federal Ministry for Economic Cooperation and Development (BMZ) as well as the German Agency for International Cooperation (GIZ). But we should not expect that this alone will make a quick and sustainable difference.

Political scientist Professor Matthias Basedau conducts research on peace and security at the GIGA Institute of Global and Area Studies in Hamburg. He recently published a study on the rise of armed religious conflicts in sub-Saharan Africa.

The interview was conducted by Gwendolin Hilse

In northwestern Nigeria, a lethal conflict between the authorities and the outlawed Islamist group IMN continues one year after hundreds were killed in clashes. The group refuses to register as a religious movement. (14.12.2016)

The Kenyan military has killed some 34 militants belonging to the extremist al-Shabab group in two separate operations. The raids took place in neighboring Somalia, where the government is fighting the Islamists. (20.03.2016)

A militant group linked to the self-proclaimed "Islamic State" (IS) has taken control of a small port in the Horn of Africa. The organization is a rival to the al-Shabab terror group, which is linked with al-Qaida. (26.10.2016)