Hundreds have been killed in Kaduna State, Nigeria, in recent months in a long-running conflict between farmers and semi-nomadic herdsmen. It's about land usage, but there are also ethnic and religious undercurrents. 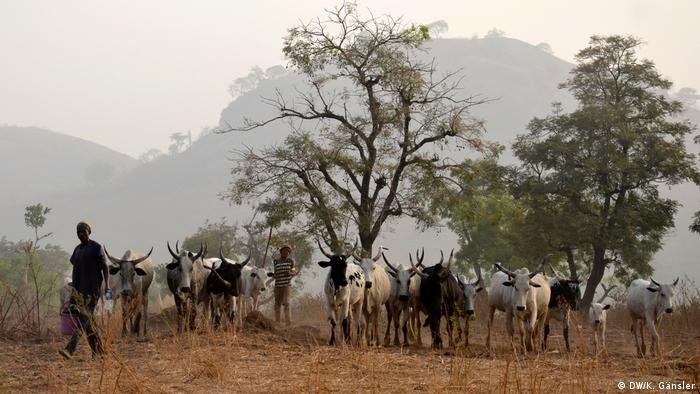 Early in the morning the road between Kaduna and Kafanchan is almost deserted. It is generally best avoided as holdups or assaults on travellers are not uncommon. Even more worrying are the outbursts of violence between semi-nomadic herdsmen and famers in northern Nigeria which have claimed hundreds of lives in recent months. There is now a larger police presence and curfews have been imposed in some districts.

One such district is Zonkwa. It is home to Emmanuel Dabish. The pastor of the Bishara Baptist Church remembers the day when the crisis struck. "There were men who arrived on motorbikes. They opened fire on several local youths and killed three of them. Others were injured and had to be taken to hospital," he told DW. The curfew, which has been eased in the meantime, didn't help much, Dabish added. On the positive side he notes that this time there were no attacks in retaliation. 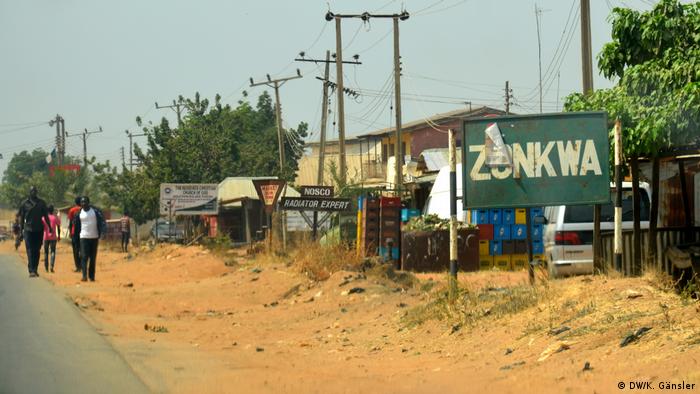 Nobody can say exactly how many people have died in this communal violence. The local Catholic Church estimates that the death toll is more than 800. The police say they have counted 204 fatalities and that is a figure which Mohammed Bello Tukur from Kaduna considers more realistic. Tukur is a lawyer and the general secretary of the Confederation of Traditional Livestock Organizations (CORET), who has been observing the conflict for many years. He describes it as complicated and multi-layered. "There are concrete disputes about land usage, but there are also questions of ethnic identity as well," he told DW.

The farmers who settled on the land and the semi-nomadic herdsmen coexisted peacefully side by side for centuries. But in recent times, Nigeria's population has exploded to around 186 million. Land has become a scarce commodity which is bitterly fought over. Farmers complain that their crops are being trampled upon by the herdsmen's cattle. The herdsmen are furious that their traditional grazing routes have been blocked. The ranks of the herdsmen also include armed bandits and nobody can say how many small caliber weapons are in circulation in the region. 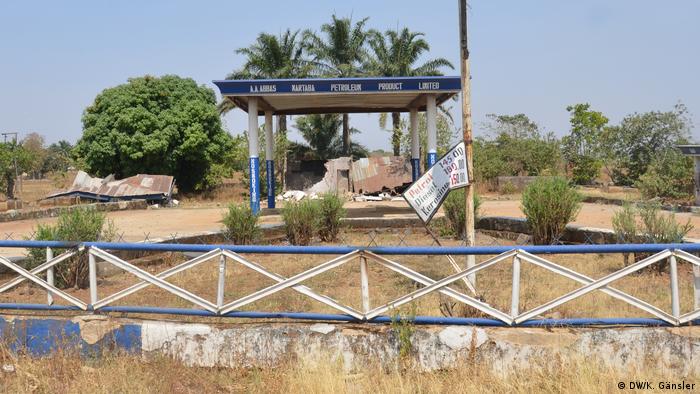 The conflict also has a religious dimension, said Mohammed Bello Tukur. "Muslim groups are fighting Christian groups. But their motives for doing so are not necessarily religious." Nonetheless, the religious interpretation of the conflict is becoming widely accepted. The herdsmen belong mostly to the Fulani ethnic group and are mainly Muslims, whereas many of the farmers in the region identify with the Christian faith.

The conflict is fueled by rumors which circulate at breakneck speed. "They are stories put about by the elites," said Kabir Kasim, deputy imam at the main mosque in Kafanchan. "The elites" is his way of referring to Christians. "They spread lies and it is clear that they have a deep-seated hatred of us Muslims," Kasim added. He accuses the Christians of profiting from the conflict because it has brought them funding from international aid organizations but was unable to give DW any examples in support of this assertion. 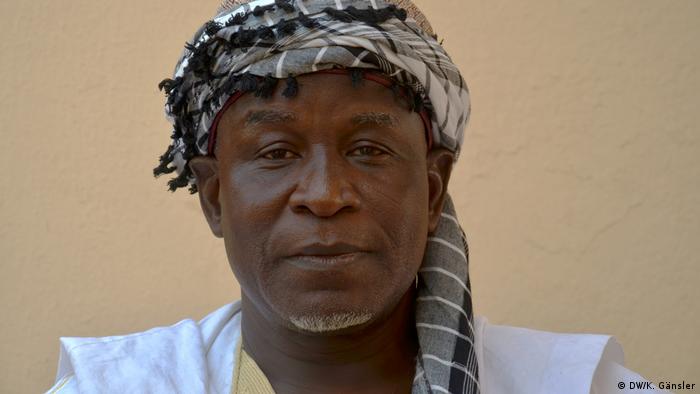 The hatred is being stoked on both sides. A preacher from the Omega Fire Ministries recently called on his followers to kill Fulani herdsmen. Apostle Johnson Suleman only retracted his remarks after massive public protest. Disputes between farmers and herdsmen are not limited to Nigeria, they also occur in neighboring countries as well. But in other West African countries "the religious component has almost no significance," said Tukur. "Not in Ghana, and certainly not in the francophone countries," he added.

People in northern Nigeria do not generally identify with Nigeria the country, or the state, but rather with their faith or ethnic group. The conflict is also being exacerbated by the failure to clear up or investigate the communal violence. There have been no prosecutions. Pastor Dabish in Zonkwa believes this is a serious problem. Culprits are not punished and victims wreak revenge. "If justice was seen to be done, people could get on with their lives again. Then we would be really at peace," he said.

Nigeria is to close its airport in Abuja for urgent repairs to the runway. This will further exacerbate financial losses in the aviation industry which has just seen the biggest carrier Arik Air taken over by government. (10.02.2017)

In a rare show of public dissent against President Buhari, hundreds of demonstrators halted traffic in the commercial capital Lagos. Meanwhile, some suspect Buhari's health might be worse than officials are admitting. (06.02.2017)