Nigeria is to close its airport in Abuja for urgent repairs to the runway. This will further exacerbate financial losses in the aviation industry which has just seen the biggest carrier Arik Air taken over by government. 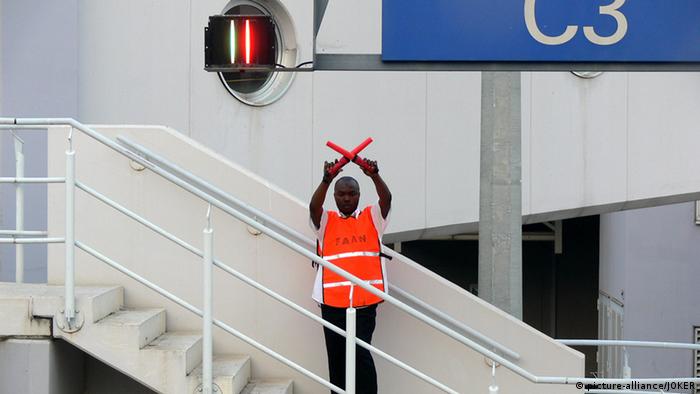 Serious safety risks are forcing the aviation industry in Nigeria's capital Abuja to come to a temporary halt. The Nnamdi Azikiwe International Airport will be closed for six weeks of urgent repair work to the airport's only runway. The closure of one of the country's two main airports will heavily impact business schedules and add further financial losses to the already ailing economy. Major international airlines have canceled flights to Abuja for the repair period which is due to start on March 8.

The latest to do so is South African Airlines (SAA). It follows British Airways, KLM, Air France and Lufthansa. Flights to Lagos, Nigeria's commercial hub, will continue. Officials say the runway in Abuja is in shocking disrepair and that attempts to fix it piecemeal since its lifespan ended 14 years ago have failed. An SAA plane was damaged while landing there last August.

"This is really not a good development to allow the airport to deteriorate and then close it down because they only have this one runway," said Professor Garba Ibrahim Sheka, who heads the economics department at Bayero University in Kano. "It can be seen as negligence and will have a negative impact economically, but perhaps not to such a large extent as one might think," he added optimistically. Travellers can still land in Lagos and travel on to the capital Abjua. But that is not the preferred option if one wants to save time and costs, Sheka said. The option of flying to Kaduna is rejected by many passengers since the road from there to Abuja is unsafe.

No alternative for passengers

Many airlines have refused a government proposal to divert flights to northern Kaduna city and then bus passengers the 250 kilometers (155 miles) south to Abuja - a three-and-a-half-hour ride on a road which is notorious for accidents, hijackings and kidnappings. That proposal "would impact on aircraft availability and connectivity for our passengers," SAA spokesman Tlali Tlali said in media reports. 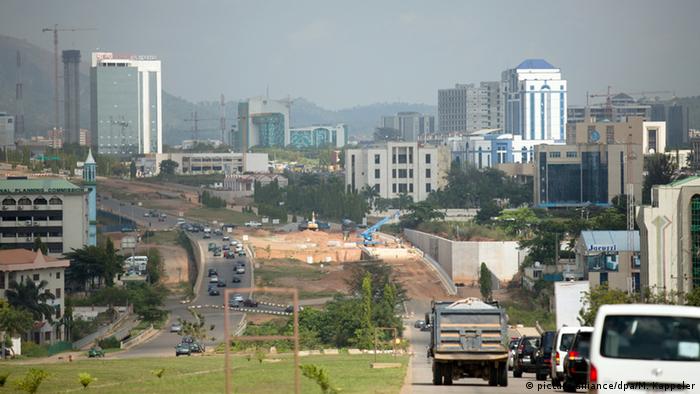 The refusals come despite promises by Nigeria's government to provide security on the highway from Kaduna to Abuja and to upgrade facilities at Kaduna's airport. Three months ago, the airport still did not have computers and airline staff issued handwritten boarding cards.

Lack of maintenance affects not only the aviation industry in Nigeria but also the country's entire infrastructure, despite its status as one of Africa's largest economies.

The country's aviation sector has been hard-hit by Nigeria's currency crisis, with tickets paid in devalued naira but scarce foreign currency needed for fuel. To avoid the closure of the country's biggest airline, the government stepped in taking over Arik Air, a heavily indebted company with erratic operation challenges.

According to Jude Nwauzor, spokesman for the Asset Management Corporation of Nigeria (AMCON), Arik failed to repay loans totaling 135 billion naira ($429 million, 402 million euros) by the end of 2016  and was also in debt to numerous foreign creditors. "AMCON has taken over the management of Arik because the whole place is in a mess.  "We have appointed a new management to stabilize the airline and prevent it from going down like other airlines in Nigeria," Nwauzor said.

No pay for workers

In December, planes were grounded by a 24-hour strike over unpaid wages. The airline was unable to pay workers for months and has had aircraft seized for non-payment of leases. "The company is almost bankrupt,mostly due to mismanagement and corruption," economist Sheka told DW. "They have 500 workers and many might lose their jobs if government is taking over."  The takeover seems to be in line with government's wish to bring back a national carrier. 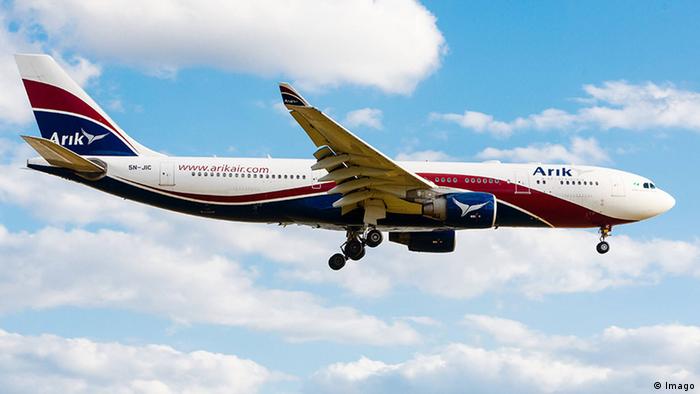 The dilemma worsened when Arik Air had to cancel flights regularly because it could not pay for fuel. Thousands of passengers were stranded during the past year. Arik is the biggest airline in West Africa and flies 55 percent of domestic flights in Nigeria as well as transcontinental routes to London and New York.

The aviation industry in Nigeria is in turmoil and Arik is not the only airline struggling: Nigeria's second-biggest carrier, Aero Contractors, halted services for four months because of "serious financial difficulties." Airlines say a lack of foreign currency caused by the economic recession in Nigeria has left them unable to pay fuel suppliers and, in some cases, pay landing charges at airports outside the country.

Last year two other Nigerian airlines stopped operating and  United Airlines and Iberia also pulled out of Nigeria over the currency crisis in which international airlines lost millions of dollars while the government blocked their remittances in foreign currency and the naira tumbled.

Aviation analysts have previously criticized the running of Nigerian airlines for trying to minimize operating costs in order to boost profits. That has seen more than 40 operators go bust in 35 years, including Nigeria Airways, which collapsed in 2003. However air travel is the only viable way to get around Nigeria relatively quickly because of the underdeveloped road and rail infrastructure.