With over 40 percent of competition entries directed by women, the Berlinale is setting a new benchmark for an A-list festival. And that's not the only way women's work is promoted at this year's festival of film.

Seven films among the 17 titles vying for Berlin's 2019 Golden Bear award have been directed by a woman. It's an unprecedented record for a leading film festival: Last year, Cannes had three; Venice had one. And the current Oscars' best picture nominations include none.

Women in the spotlight

The 2019 festival promises to highlight the work of women on a variety of levels. It kicks off on Thursday with Danish filmmaker Lone Scherfig's The Kindness of Strangers. An initial member of the Dogme 95 movement, she also directed the award-winning An Education (2009).

Meanwhile, the Retrospective section, titled this year "Self-determined. Perspectives of Women Filmmakers," focuses on works by female directors of all genres from former East and West Germany, going back to the student movement of 1968 through the decade following the country's reunification in 1990.

Read more: The 69th Berlinale: What you need to know 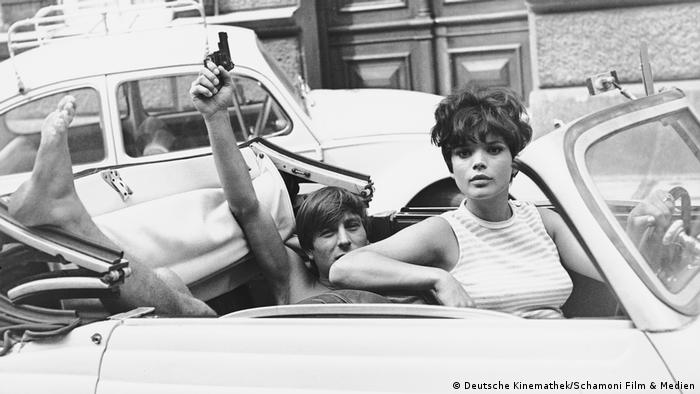 A scene from May Spils's "Go for It, Baby" ("Zur Sache, Schätzchen") from 1968, featuring in the all-women Retrospective section this year.

Incidentally, the trend is not completely new in Berlin. The festival's last two Golden Bears were awarded to women as well: Adina Pintilie for Touch Me Not in 2018 and Ildiko Enyedi for On Body and Soul. By contrast, the Cannes film festival has only ever once awarded the Palme d'Or to a female filmmaker — Jane Campion for The Piano in 1993.

The Berlinale, renowned for addressing current political issues, will also be joining a gender-parity pledge that other festivals such as Cannes and Venice have already committed to in 2018.

The festival's director, Dieter Kosslick, will sign the pledge on February 9 at an event that will be followed by a talk on "gender, genre and big budgets" with US producer Gale Anne Hurd (Terminator, The Walking Dead), and Anna Serner, CEO of the Swedish Film Institute.

The pledge, launched in Cannes last year and initiated by the French organization "5050 by 2020," does not impose mandatory quotas, but calls festivals to commit to gender parity in its management and requires data transparency surrounding film submissions and programming committees.

Read more: The personal and the political at the 2019 Berlinale

Actually, the German festival will not have to change much about its current organization to fulfill the pledge's requirements. Kosslick revealed ahead of the 2019 Berlinale that over 53 percent of the people involved in picking the competition films were women, adding that the selection committees for most of the festival's sections already boast a female majority.

Berlin is also set to become the first major festival with a woman at its head. Kosslick, who is stepping down after 18 years as the Berlinale's director, will be replaced by a managing duo: Mariette Rissenbeek has been appointed to take over as executive director, while Carlo Chatrian will lead the curatorial decisions of the festival as its artistic director.

Kosslick has announced that the two incoming co-directors will accompany him on the red carpet as he launches his final Berlinale on February 7.

10 women who will rock the 2019 Berlin Film Festival

The Berlinale's competition includes more female filmmakers than any other top festival, and the entire event celebrates the women who've marked film history. Here are 10 names you need to know. (06.02.2019)