The personal and the political at the 2019 Berlinale

The 69th Berlinale focuses on themes of family, childhood, gender equality and nutrition. But how will the overriding slogan, "The personal is political," be borne out across the festival's 400 film program?

"The personal is political" is the motto of 2019's Berlinale, with outgoing festival director Dieter Kosslick borrowing it from the 1960s women's movement. While no motto can encompass 400 new films, especially a festival committed to diversity both in content and in form, the theme intersects well with the Berlinale's strong focus on women filmmakers and stories.

Read more: The 69th Berlinale: What you need to know

This personal film about a radical Indigenous woman filmmaker also intersects with some of the four subsections of the festival: family, childhood, gender equality and nutrition.

Among these, gender equality seems to be the underlying focus. Juliette Binoche is this year's jury president; Lone Scherfig the director of the festival's opening film, The Kindness of Strangers; and Charlotte Rampling the recipient of this year's Honorary Golden Bear award. Meanwhile, the Retrospective is entirely devoted to female directors in German film from the 1960s to 1990s. 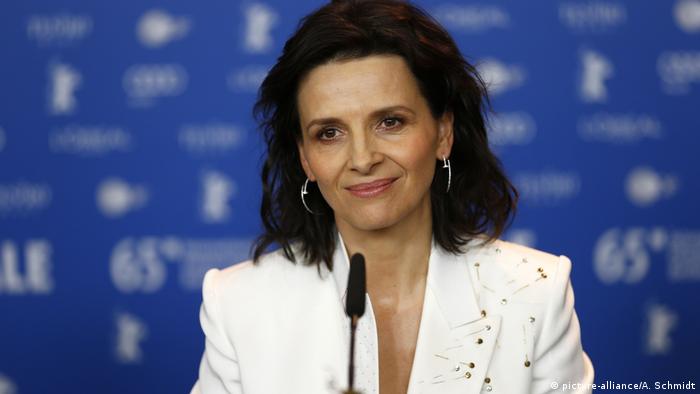 Juliet Binoche: one of many women taking center stage at the 2019 Berlinale

Of the the 400 films screened at the 69th Berlinale, 191 or almost half were directed by women, which is a significant achievement when compared with recent editions of other major European film festivals. In 2018 in Cannes, for instance, only three women directors featured in the list of 18 films competing for the Palm d'Or. Female filmmakers account for seven of the 17 films in this year's Berlinale competition.

Also among them is Spanish director Isabel Coixet's period drama, Elisa and Marcela, the story of two women who struggle to marry in early 20th century Spain. The biographical film was produced by Netflix, which is making its debut in the race for the Golden Bear.

The strong focus on women will also see Berlinale sign onto the Gender Parity Pledgethis year, following pledges from the Cannes and Venice film festivals, among many others. 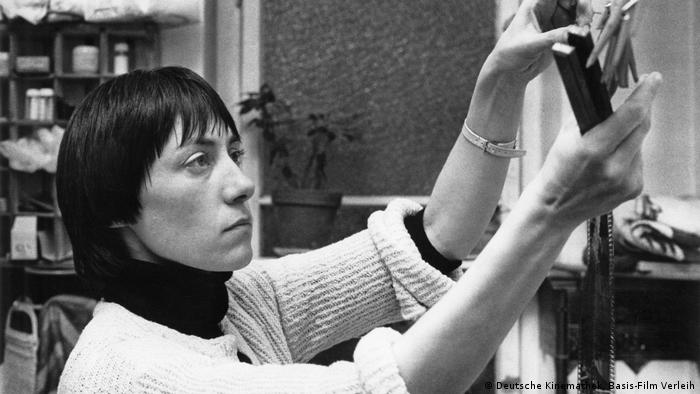 From a film directed by Helke Sander, screening as part of the "Self-Determined. Perspectives of Women Filmmakers"

In addition to family and childhood, which recur throughout the Generation section of the fest, the theme of nutrition, and indeed malnutrition, is another that Kosslick has worked hard on to develop for the program since he created the popular "Culinary Cinema" section. While always promising food for thought, female stories are also omnipresent here.

The Peruvian documentary Mothers of the Land, for instance, follows five women from the Andean highlands in their daily struggle to maintain a traditional and organic way of working the land.

While it can be said "you are what you eat," in this way the personal really is political. In Kosslick's case, this was perhaps most exemplified when he invited members of the far right AfD party to a special Berlinale screening on February 10 of Roberta Grossman’s Holocaust documentary Who Will Write Our History? about a secret archive in the Warsaw Ghetto.

"All AfD members, all AfD MPs in the Bundestag, will be allowed to go to the movies for free. Invited by me personally. I will pay for every ticket myself," said Kosslick.

Click through the above gallery to explore how the festival's filmic highlights integrate such themes in 2019.

Dieter Kosslick has headed the Berlin Film Festival since 2001, turning it into the largest public film fest in the world. Ahead of his last one, DW spoke to "Mr. Berlinale" about great films and unforgettable moments. (11.12.2018)

The personal is the political: Marginalized voices tell their story at the 69th Berlinale

Women directors and loads of political statements: With nearly 400 films from around the world, the 69th Berlin Film Festival promises to be both thematically diverse and aesthetically challenging. (05.02.2019)