In 2019, Dieter Kosslick is hanging up his hat as director of the Berlin Film Festival after 18 years. He spoke to DW in an exclusive interview in which he reflects on the highlights and bitter moments of his tenure. 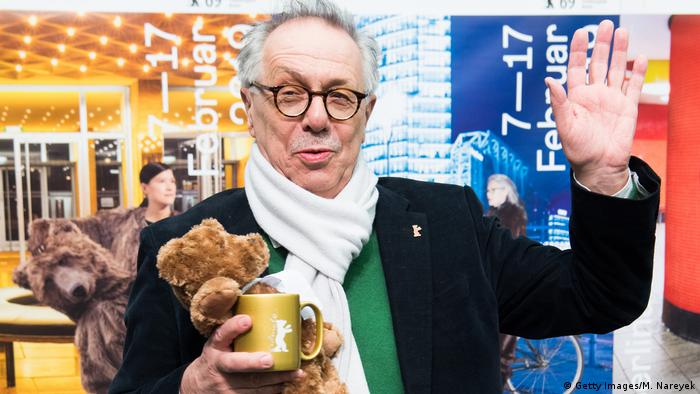 For 18 years Dieter Kosslick has led the Berlin Film Festival, strengthening the festival in many ways and helping the German film industry regain its reputation. Bringing numerous stars from Hollywood, Asia and European cinema to the red carpet in Berlin, he was likewise involved in numerous social projects as is reflected in both the film selections and the festival itself. After the end of the 69th Berlinale, which runs through February 17, 2019, he will be handing over the baton to Carlo Chatrian and Mariette Rissenbeek so DW's cinema expert, Hans Christoph Bock sat down with him to get a rundown of his accomplishments during his time at the festival's helm.

DW: Looking back at 20 years at the helm of the Berlinale begs the question, what remains? What was your most memorable encounter?

Dieter Kosslick: Meeting the Rolling Stones in the Berlinale Palast on the occasion of the world premiere of their film Shine a Light (2008) by director Martin Scorsese was certainly the most exciting encounter. It was a highlight for me, as the former guitarist in the rock band The Meters.

What was your most difficult moment?

The moment when I walked down the steps in the Hyatt Hotel with Patrice Chereau to watch Son Frere (Silver Bear for Best Director 2003), a story about HIV/Aids and death, was tough. Daniel Toscan du Plantier, a representative from France's film industry, had just died of a heart attack in front of the restaurant at the Hyatt. That was a really sad moment.

Do you remember a moment that gave you great happiness?

I was opening the section Generation (youth films) at the Zoo Palast cinema with my son Fridolin, who was almost one year old, in my arms, and he had fallen asleep. I had him with me on stage, and as I started to speak into the mic, he woke up and saw 1,000 children staring at him, cheering. Seeing all those kids and having one of my own in my arms was a happy moment.

Film festivals and circuses are arguably similar. Are you the circus director holding the whip, or the animal trainer?

I'd say I'm a democratic animal trainer. I work with a lot of people and I let them work on their own. But of course someone has to stick out his nose, head and ears and take on responsibility, make decisions and keep the forward momentum. Often, that is me.

The big festivals in Berlin, Cannes and Venice are always in a competition with one another. Who was tops while you were in office?

Of course, that was always Cannes. But sometimes it changed from one year to the next. Venice really caught up and we always came in on a very, very good fourth place. Chancellor Angela Merkel once asked me at a meeting with French President Francois Hollande, but who came in third? And I answered, "Well, nobody." (laughs) 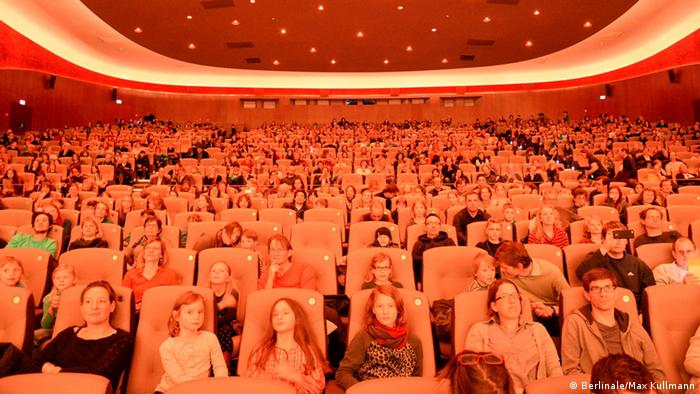 Children got showings of their own during Kosslick's tenure

For you as festival director, what makes a good film?

There are various criteria but there are differences of opinion about what is in the program, of course that is discussed a lot. Some films like Asghar Farhadi's A Separation (Golden Bear 2011) and Taxi by Jafar Panahi (Golden Bear 2015) need no discussion — you simply know, that's a good film. But you can't sit in a movie theater with a ruler to measure a film.

What people like or don't like is very subjective. You can tell by people's reaction. At first, I always felt committed to the general public — though of course not with all the movies we show — but as we have been an audience festival since 1951, it was of the utmost importance to me to present films people would enjoy and that would resonate in their hearts and heads.

You travel around the world to watch movies. How is German film perceived internationally? Is there still talk about Fassbinder and Herzog or has that changed?

Yes, Fassbinder is definitely still being discussed and Herzog as well, as he's still making films. He's a big star in America. The Berlinale has also contributed to making German cinema better known, because every year we include German films in the competition. In total, more than 50 German films have been screened in the competition and they have often won Silver and Golden Bears. This is also a signal that the international jury considers German films to be competitive.

The Berlinale was already established and world-famous when you took over in 2001. Looking back, how has the festival changed?

It has seen tremendous growth; the audience has nearly tripled. Around 340,000 people bought a movie ticket this year. Then there are the economic components such as the film market, co-productions and the cooperation with the Book Fair. Target group-oriented programs like the Forum Expanded section or our Culinary Cinema, in which we opened ourselves to food and ecology, were made. Programs such as the Berlinale Talents or the World Cinema Fund, with which we support films worldwide with great success, have been developed. These are not only shown at our festival, but also in Cannes and at other film festivals.

Historically, the Berlinale has always seen itself as a political festival. What were the greatest social and political challenges in your time?

In the past, this was the East-West conflict — from when the Berlin Wall rose right through the time when it fell. Eastern European and Asian films were shown here. That was the early days and our challenges were somewhat different. 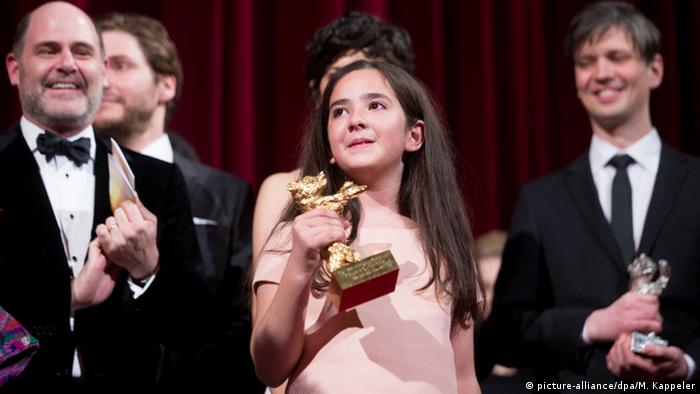 A moving and memorable moment came when the niece of Iranian director Jafar Panahi took the bear for his film, "Taxi"

Then we were faced right away with the war in Iraq, with the American invasion of Iraq. A film that premiered at the festival — In This World by Michael Winterbottom — took the Golden Bear in 2003. It's about a refugee from Afghanistan who made it to a coffee shop in London.

There were many challenges. During this time, globalization has completely gone off the rails. We have repeatedly pointed this out with films: That one cannot on the one hand advertise the free movement of goods worldwide but then, when people want to move freely across borders, call it "asylum tourism."

These were topics during my time and then there was the increasing radicalization of the far-right scene, the right-wing radicals who are increasing in strength; here, too, we tried to point out these stubborn, eternal yesterdays in film.

What does the future of film look like in the era of Netflix and home cinema? Where do you think the great power of cinema still lies?

There will be enormous changes. Our guidelines for the Berlinale, at least for the competition, are clear. It says: Cinema showings must be planned, otherwise we won't be able to play this film. In other words, companies like Amazon, which produce similarly to Netflix, need an advanced run in the cinema planned or else we cannot show these films in competition.

Something will change in the future, but cinema won't die. I've been here too long for that, and the cinema as well, as it has been around for nearly 120 years. The only question is who runs the show and whether Netflix will one day be the biggest supplier of arthouse films and of major films. That's a big question, how film festivals that depend on these films will react. At the moment, we are in a transition period.

Then I'll drive into the Bavarian mountains and go on a fast. After that I will be free not only in my stomach but also in my head so that I can start a new life. I'm looking forward to that.

Dieter Kosslick, who has led the Berlinale since 2001, is being replaced in 2019 by Locarno's artistic director, Carlo Chatrian, and Mariette Rissenbeek, managing director of German Films. (20.06.2018)

A plan by Netflix to show their latest film, Roma, on screen and in theaters simultaneously has German cinema operators up in arms. The conflict could shake up a tried-and-true movie-going system. (01.10.2018)