The Bayreuth Festival wraps up another season

A "Lohengrin" of vivid imagery, a "Mastersingers" with clever direction and a widely panned conducting premiere by time-tested singer Placido Domingo were the highlights of the year. And what lies ahead? 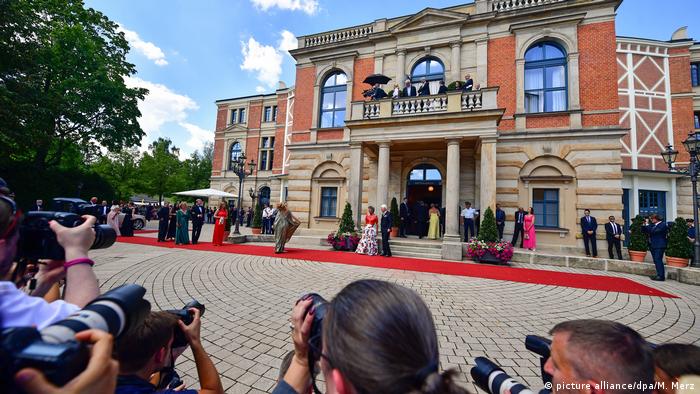 The 107th Bayreuth Festival draws to a close on August 29 with The Valkyrie in the stage presentation directed by Frank Castorf and conducted by Placido Domingo. The 77-year-old Spaniard, celebrated as a singer, was mercilessly booed at his Bayreuth conducting premiere on July 31.

As one might almost stereotypically expect from a vocalist, he scaled back the orchestral sound to highlight the singers, leaving them full front and center. But even their abilities were tested by Domingo's slow tempos, and critics found that the "speaking orchestra" called for by Richard Wagner was relegated to a perfunctory supporting role.

Not only was this the first time a singer had conducted in the history of the Bayreuth Festival — although Domingo is by now also an accomplished conductor elsewhere. The Valkyrie as a stand-alone work on this year's program, divorced from the other three operas in the Ring of the Nibelung tetralogy, was another anomaly.

The departure from long-sacrosanct tradition was the latest of many in the now 10-year-old era of Katharina Wagner, Richard Wagner's great-granddaughter, as festival director. Long-time loyalists feel that there are few sacred Bayreuth cows left to slaughter.

What remains in mind this year are the images from the stage set designed by the German artist Neo Rauch for the new production of Lohengrin. Katharina Wagner's description of "artwork coming to life" describes the experience best.

The scenes and objects in cool blue hues overshadowed the message of the stage direction. That might in fact have been thoroughly intended: Rauch himself described the production's effect as "subcutaneous." Only after one thinks about it does the message become clear: a loveless marriage — of the characters Elsa and Lohengrin — must fail in order for the woman to free herself from male-dominated social structures. It's a timely message in the #MeToo era.

Meanwhile, the star stage director Barrie Kosky returned to Bayreuth this summer to refine his lauded Mastersingers production of 2017.

This year's presentation was followed by lengthy ovations for the impeccable coordination of music and drama, and for his bitter critique of Nuremberg, no longer portrayed as a nostalgic utopia but instead as a community drawn together out of hate and ostracism of "the other." That, too, was a message for today's world of growing nationalism and xenophobia.

2018 also marked the departure of a legendary singer from the Bayreuth Festival: German soprano Waltraud Meier was frenetically cheered in her last-ever performance on the "Green Hill." 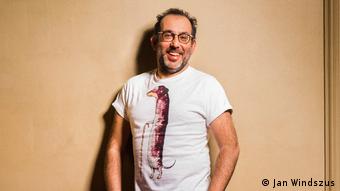 And what's to come?

The 2019 season will see a new production of Richard Wagner's opera Tannhäuser, with the celebrated American tenor Stephen Gould in the title role. Directed by Tobias Kratzer, it features the Bayreuth debut of Russian star conductor Valery Gergiev.

Another long-awaited Bayreuth debut is in store for festival-goers next year, with Russian soprano Anna Netrebko appearing as Elsa in two performances of the opera Lohengrin.

The season ahead will also commemorate two anniversaries: 150 years after the birth of Siegfried Wagner, Richard Wagner's son and a later festival director; and the 100th birthday of one of the composer's grandsons, Wolfgang Wagner.

The latter will honored with a commemorative event preceding the festival, while the former will be remembered in a new theatrical work by Feridun Zaimoglu, a Turkish-born, German author and artist. Presented in the "Discourse Bayreuth" side-program, the work "may also include music," Katharina Wagner said. 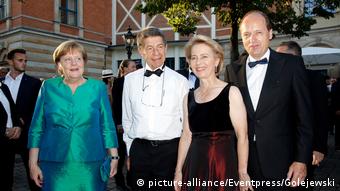 The 2019 season may in fact be the lull before the storm: A new presentation of Wagner's four-opera cycle The Ring of the Nibelung has been announced for 2020, although the production team has yet to be announced.

There have been 2,694 performances in Richard Wagner's Festspielhaus from 1876 until the end of the current season. All 32 performances this year were sold out, with over 62,000 visitors coming from numerous countries.

Conceived by Richard Wagner as a "temporary solution," the composer's self-designed Festspielhaus has been undergoing ongoing restoration. With the facades now finished, work will now begin on fire protection and accessibility. The goal is to have all work finished by 2026, the Bayreuth Festival's 150th anniversary. Whether that can be achieved within the planned budget of €30 million ($35 million) is questionable, said the festival's business manager, Holger von Berg.

When Bayreuth called, Piotr Beczala dropped everything. His premiere as Lohengrin was warmly received. Then he sat down with DW to talk about the production, festival stress - and growing nationalism everywhere. (03.08.2018)

The first commissioned work of new music in Bayreuth Festival history and the first world premiere there since 1882: the multimedia fairy tale "der verschwundene hochzeiter" (The Bridegroom Disappeared) by Klaus Lang. (27.07.2018)