When Bayreuth called, Piotr Beczala dropped everything. His premiere as Lohengrin was warmly received. Then he sat down with DW to talk about the production, festival stress - and growing nationalism everywhere. 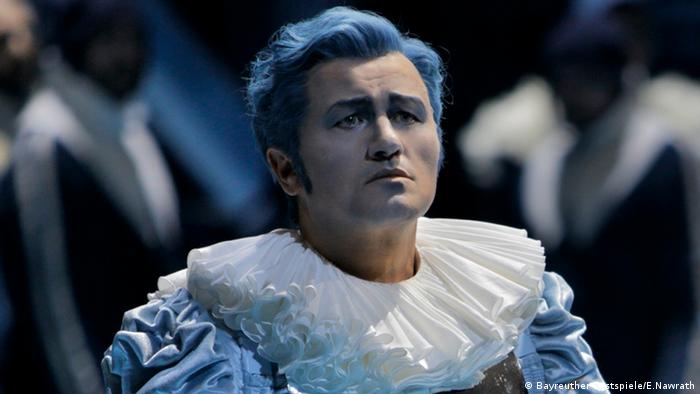 Deutsche Welle: Congratulations on a widely acclaimed premiere where you sang the title role in "Lohengrin" at the Bayreuth Festival. How did that come about?

Piotr Beczala: It goes back to 2015 when I was working on the role with the conductor Christian Thielemann. We planned to do a couple of performances in Dresden as a preparation for me to star here in Bayreuth in the 2018 production. But somehow, after a couple of months, they decided in favor of someone else.

Now, just three and half weeks before the premiere, seven minutes before I was to go onstage in Zurich for a performance of "The Land of Smiles," my phone display showed that Christian Thielemann was calling. He asked me to sing the role of Lohengrin in Bayreuth. I told him: "I simply have no time." The next day, he sent me dozens of messages, and we started to think seriously about it. I had to change some dates and cancel some performances. But this is of course Bayreuth and the leading role at the festival opening. It's a once in a lifetime opportunity, and a tenor should take it.

Thielemann called you because the other tenor had canceled on short notice, saying that he didn't feel up to the role. Was that an honest statement and a sign of artistic integrity?

Well, it was pretty late for a decision like that, because he'd never sung in the German language and didn't know German music. You have to be sure a couple of months earlier whether you can do it or not.

What was your first impression when you got to Bayreuth and stood on the stage?

I knew the place already. But after driving six hours from Vienna I found myself directly onstage with chorus, full lights and everything else. It was stressful, but also special. You can't compare this house with any other because everything is about Wagner. Every member of the chorus and the orchestra knows every note. 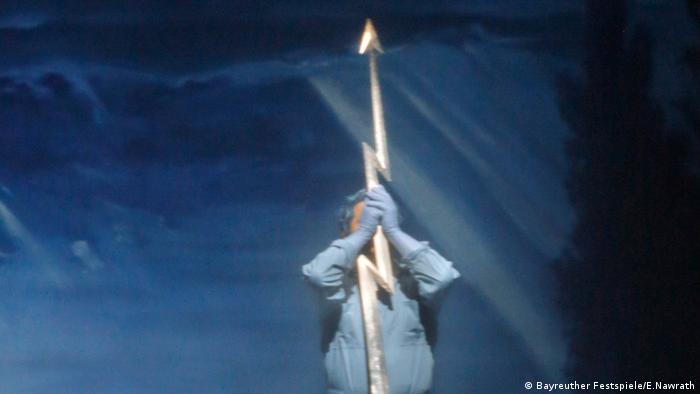 The titanic mechanic: an energy-laden rendition of Lohengrin

In this production with set and costumes by Neo Rauch and Rosa Loy, rather than a gleaming, magical figure, a hero from a faraway fairytale land, Lohengrin is dressed as a mechanic, an electrician maybe. What do you make of that?

Well, if you have a problem at home and have to wait five days for an electrician or a mechanic to come, he's a hero too. One shouldn't take it too literally – nor the insect wings the characters wear either. Wagner sets the story in Brabant, but it's an old German saga, not very specific. There's always mystery in the air.

What about the legendary acoustics in the Bayreuth Festspielhaus? What's your experience?

I've learned to ignore acoustics because I have to sing in so many different environments. But the acoustic here really is better than anywhere else. When you start to sing, you have the feeling that the voice is just spreading freely in the auditorium. In other opera houses you have to sing over the orchestra, which is positioned between you and the audience. With its covered orchestra pit, Bayreuth is a luxury.

There are many challenging tenor roles in Wagner's operas, including Siegmund, Siegfried, Tannhäuser and Tristan. But with "Lohengrin," everybody really focuses on the tenor.

The role of Lohengrin is specially constructed. He doesn't sing much at first, but at a very high pitch. Then there's a break lasting almost two hours, another half hour of singing in the second act, then another hour-long break. And that's when the role really begins. Act Three of Lohengrin is like an entire Italian opera.

Have you tasted blood now and want more Wagner now, apart from Lohengrin?

Actually, no. The heroic Wagner tenors need a harder attack. I want to hang on to my lyrical style as long as possible. In the next three years I have more than 20 performances of Lohengrin scheduled and hope to find new ideas for the role. 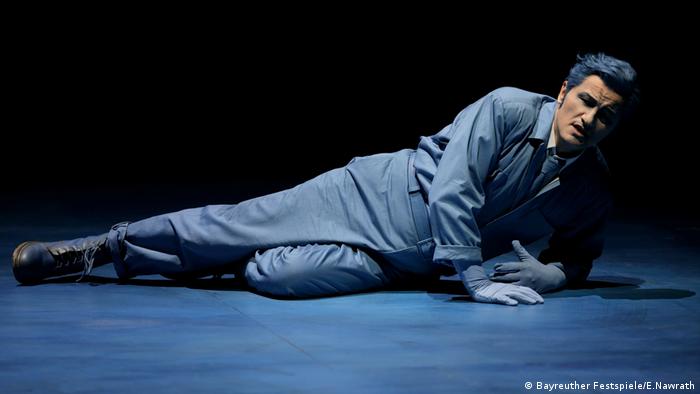 With the stage set in blue, the characters are dressed to fit

So many incredible musicians emerged after the end of the East-West conflict – or rather, from a Western European perspective; they were actually always there. Does it still take longer for a singer from Eastern Europe to emerge on the world's stages?

Not anymore. But it's a matter of how a young singer prepares. Russian, Czech and Polish singers tend to start their careers with Russian, Czech and Polish repertory. But when I started in '92, I deliberately focused on Mozart and on the French and Italian repertories. I didn't want to be pushed into the Slavic repertory. It would have been easier, but I preferred the hard way.

We've seen a growth of nationalism everywhere. How is German culture now perceived in Poland?

It's ignored, or worse. Here's an example: On opening night, for the first time in Bayreuth Festival history, we had two Polish singers singing leading roles, and nobody from Polish government was there. No one even sent a postcard. Two months ago, I was given a European culture prize in Dresden, along with the actor Daniel Brühl and Prince Albert. No one in the Polish media noticed it.

That says it all: Poland has definitely drawn inward. My job is to bring people together with music. At my concerts, I can't say: "OK, everybody who voted for this guy: Out! I'm singing only for the rest."

I have no explanation for what's going on in Poland. But it's not only there. Look at Hungary and Russia. Or Turkey: a horrible situation! And even America of course.

I just saw a Twitter feed of a wonderful pianist. He's German, born into a Jewish family in Russia. He gave a recent concert with Bach's Goldberg Variations. Afterwards somebody came up to him – it was an educated person, too – and said, "Very nice, although with your cultural background, you cannot have a direct connection to Bach." Can you imagine that? Why are people thinking this way?

I have no idea. That's not just sad, it's dangerous. I would really love to have a deep conversation with someone like that, to understand why he thinks that way. If someone said to me that with my background as a Polish singer, I can't do justice to Lohengrin in Bayreuth, I'd say, "Well, come on!" 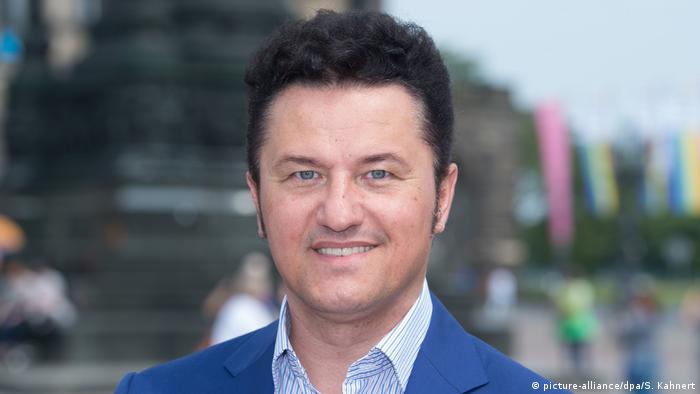 There's time for a break between performances

At the moment, I'm just trying to combine my weeks in Bayreuth with some relaxation. Festival time is very hard for opera singers. For 21 years I've been singing in a festival every year, mostly in Salzburg. That means no vacations. But here at least, with a few days between performances, there's a short break. You have to reset your mind.

That's what Bayreuth is for!

Yes, but to get fresh energy, you have to get your mind off Wagner for a while. Then, when you go back, it's never the same. That's the mystery of opera singing: to find a freshness. You reset and start all over.

The interview was conducted by Rick Fulker.

Between the reeds and the power plant: 'Lohengrin' at the Bayreuth Festival

The Wagner Festival opens the season with a production dominated by powerful images and strong voices – meeting with loud ovations for the soloists and only polite applause for the production team. (26.07.2018)