The first commissioned work of new music in Bayreuth Festival history and the first world premiere there since 1882: the multimedia fairy tale "der verschwundene hochzeiter" (The Bridegroom Disappeared) by Klaus Lang. 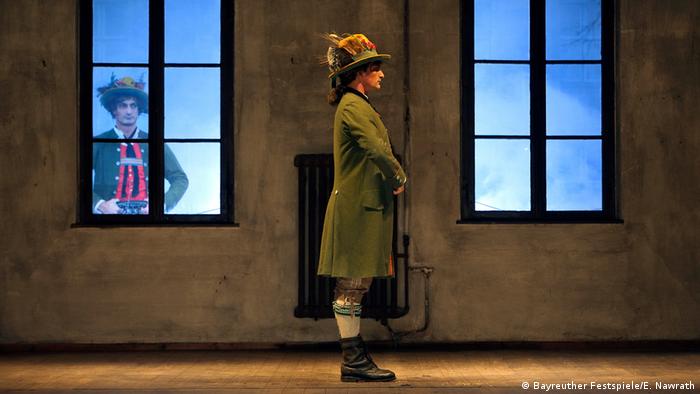 The tale can be read out loud in four minutes. In the version with music, choreography, video production and singing, it takes one hundred minutes.

A flurry of gentle, rapid notes envelop listeners seated in an old movie theater as musicians perform to the audience's left and right. A dancer shares the stage space with video projections that seem like holograms. The latter sometimes merge with the corporeal figure and sometimes drift apart or multiply.

Two windows at stage rear afford a view of the countryside, which is sometimes stationary, and sometimes whizzing by. Projected images seem to show people looking in on the stage action from behind. Everything is drawn out to a snail's pace. A sense of timelessness ensues, the audience drawn into the hypnotic spell.

Read more: Between the reeds and the power plant: 'Lohengrin' at the Bayreuth Festival 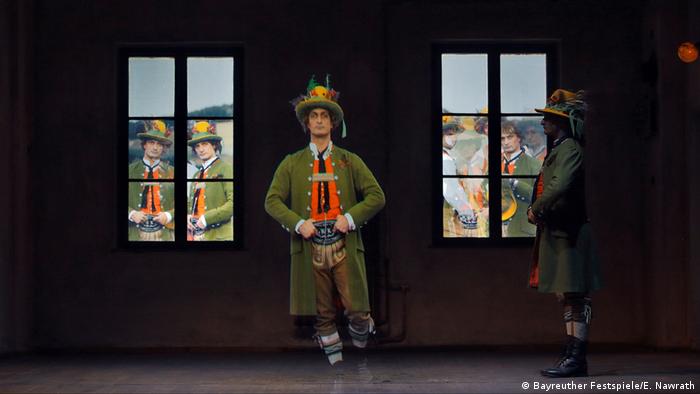 Which one is the real bridegroom?

What does that have to do with the Bayreuth Festival? As director Katharina Wagner explained, "We're often accused of always doing the same thing over and over, nothing but Wagner. So we decided to counter that."

Her great-grandfather had called for nothing less. "People, create something new!" was Richard Wagner's exhortation to his contemporaries. 136 years have passed since the premiere of his last opera, Parsifal," in 1882. The composer died only months later and had specified that the Festspielhaus he'd personally designed be reserved for performances of his own works.

The first question that comes to mind: was it inspired by Wagner's music?

"There are actually two opposing factors," says Paul Esterhazy, director of the production. "A composition by Klaus Lang is everything that Wagner is not. On the other hand, I thought the wonderful story would fit here well because like the Wagner festival, it addresses veritable philosophical issues of space and time." 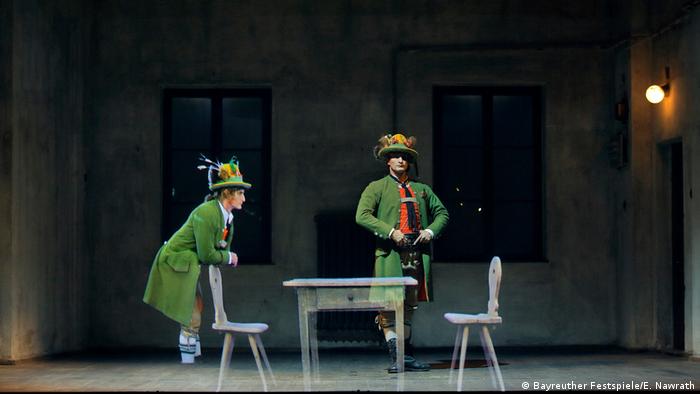 As in a holodeck from Star Trek, the images seem palpable

The mystery of time

The text is based on an old Austrian tale: A wedding guest disobeys a command, dances too long — and after returning to his villages learns that three hundred years have passed. When the truth is revealed, he dissolves into dust.

Composer Klaus Lang derived his musical inspiration not from Wagner but more from the first-ever extant opera: "Rappresentatione di Anima, et di Corpo" (Play of Soul and of Body) by the composer Emilio de' Cavalieri from the year 1600. The main figure in it is "Tempo" (Time).

Music reminiscent of the Renaissance can be heard in Lang's score along with wide, sweeping waves of sound worked out in elaborate detail and conveyed by acoustic instruments, electronics and two vocal soloists.

Outtakes from "The Bridegroom Disappeared"

"Music is always a very clear, constructive art, and since ancient times, composition has always involved numbers and rational processes," explains Lang. "Yet there is hardly an artform that has such a direct and stark emotional effect on people. Many were deeply moved after the performance."

A romantic work? Though one might draw comparisons to the romantic opera "Lohengrin" that opened this year's Bayreuth Festival, Lang's partner Paul Esterhazy describes the new work as anti-Romantic, even anti-Wagnerian. "Romantic means having feelings front and center," says Esterhazy.

"Romanticism has to do with the notion that the artist expresses something of his inner state in the form of sound," Lang added. "With me, it's the opposite. I try to construct objects of sound that have a beauty of their own."

The issue of time

The repetitious soundscapes, video motifs and action did grow lengthy and even monotonous at the world premiere that ran for roughly an hour and a half. "But we could imagine going on for five hours," says Esterhazy. 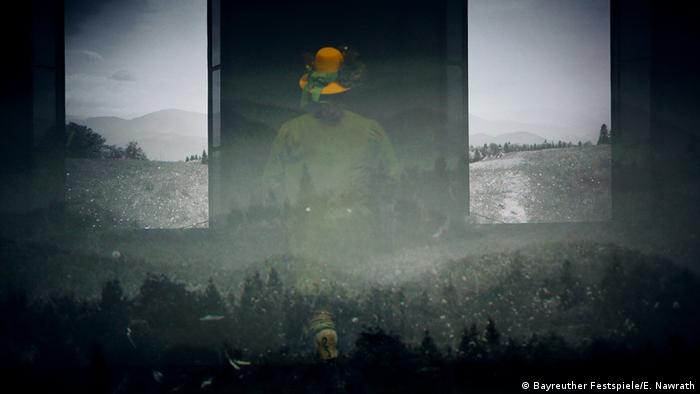 The scene is sometimes misty and romantic, the music never

The approach is very different to an orthodox composer. "In a wonderful or maybe horrible way, he works with soulless sixteenth notes," says Esterhazy. "But I work with people that I must motivate and cajole. I have to try to get two dancers to punish themselves for 90 minutes by keeping their muscles at a high tension."

The music, motion, videos and interior space of that old theater blend so well that Lang and Esterhazy doubt whether the work could later be performed somewhere else after the three scheduled showings in Bayreuth.

But perhaps that's the lesson of the "Bridegroom Disappeared." There isn't always a next time or a second chance. You can't turn back the clock.