He was the grandson of composer Richard Wagner and like a stepson to Adolf Hitler. Wieland Wagner, credited with revitalizing the Bayreuth Festival after World War II, would have turned 100 this year. 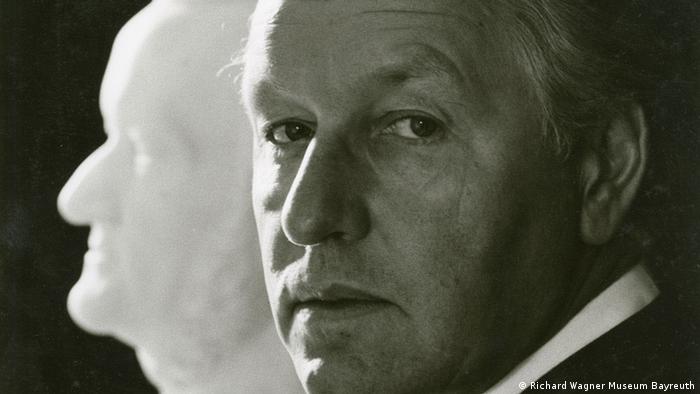 Adolf Hitler considered him a sort of stepson and heaped favors on him. As a young man, he was a member of the Nazi party and artistically arch-conservative.

But after World War II, Wieland Wagner went on to shock Wagnerians with his radical break with the past and a completely fresh take on his grandfather Richard Wagner's works. Then Wieland Wagner died young, not yet 50 years old, lending a touch of myth to a life marked by high artistic achievement.

Born in the mausoleum

Wieland Wagner was born on January 5, 1917, the child of Richard Wagner's son Siegfried and Siegfried's wife Winifred née Williams. Considered the heir to the family-run festival in Bayreuth from the day of his birth and thus overshadowing his younger siblings Friedelind, Wolfgang and Verena, Wieland imbibed the music of his grandfather from infancy.

Later he said he'd been born in a "mausoleum," a reference to the encrusted and unquestioned traditions that had prevailed in Bayreuth since the death of Richard Wagner in 1883. Continuing the festival, Richard's widow Cosima insisted for decades that everything in his stage sets be preserved "exactly as the master's eyes had rested on it." That even applied to the family residence at Wahnfried, where moving a piece of furniture was considered a sacrilege. 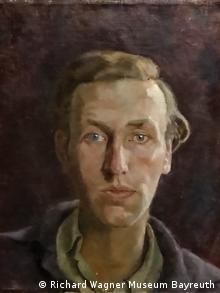 Wieland Wagner in a self-portrait

In the early 20th century, Bayreuth and the Wagner family were an ideological center for arch-conservatives, zenophobes and German nationalistics - all in the name of Richard Wagner.

Read: Nike Wagner opens up on her father's Nazi ties and a childhood overshadowed by the Bayreuth Festival

It was into that tradition that Wieland Wagner was born. When he was six years old, in 1923, the Wagner family was visited by a young firebrand named Adolf Hitler, of whom Wieland's mother Winifred was an ardent suppporter.

Hitler later was a welcome guest at the Wagner house and festival. After Siegfried Wagner died in 1930, Winifred directed the festival, and beginning in 1933, it received generous support from Germany's new ruler.

From art to stage direction

Wieland's daughter Nike described her father in his younger years as an "apoliltical, introverted, artistic painter" who was fascinated by antique theater. In his teens, Wieland Wagner took private instruction in music, photography and the visual arts but never attended a university or academy. He had ample opportunity for creative expression right at home, where he designed stage sets in the 1940s.

In 1941 he married his classmate Gertrud Reissinger. They had four children: Iris, Wolf-Siegfried, Nike and Daphne.

Adolf Hitler had personally exempted Wieland Wagner from military service, and through the intervention of Germany's propaganda mininster Joseph Goebbels, Wieland was charged with staging a production of Wagner's "Ring" cycle in the Thuringian town of Altenburg in 1942 and 1943. In 1943 and 1944, he designed the stage sets for the so-called War Festival in Bayreuth, where only a single work was performed, "The Mastersingers of Nuremberg."

In late 1944 and early 1945, Wieland Wagner was deputy director of the Institute of Physical Research in an external facility of a concentration camp near Bayreuth. Polish Jewish scientists interred there were directed to invent new weapons technology. From them, Wieland likely heard of the true conditions prevailing outside the insular world of Bayreuth.

Read: Richard Wagner's 'Mastersingers' given a grim-funny take in Bayreuth

A fresh start after the war

A stay with his young wife at Lake Constance in the latter weeks of the war seems to have coincided with an epiphany. Wieland painted and read, studying the psychology of Carl Jung. He didn't return to Bayreuth until December 1948.

After the war, the Bayreuth Festspielhaus still stood, but its stage equipment and costumes had been plundered. It was in this situation that the Bayreuth Festival was re-established with Wieland and his brother Wolfgang as co-directors.

When the curtain opened on a new era of the Bayreuth Festival on July 30, 1951, the audience saw... nothing. On a darkened stage, the protagonists stood and sang on a huge disc, their thoughts, emotions and situations suggested by lighting effects. Gone was the cult of Germanic gods; now the focus was on the human being. 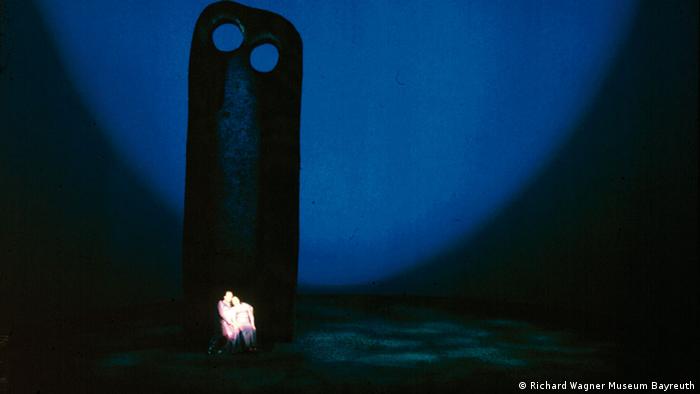 Shocked, the arch-conservative Winifred Wagner exclaimed, "And that by a Wagner grandson!?" Wieland later explained the clean break from tradition: "Every production is an act of fresh creation. Living theater knows only one style, that of its current era." The model inspired stage directors worldwide until the 1970s.

How credibility was restored in Bayreuth

By ignoring convention, Wieland Wagner's stagings restored credibility to a theater that had been totally ruined by Nazi ideology. In the years to follow, with Wieland as artistic director and Wolfgang as business director, the Bayreuth Festival attracted top musicians including conductors Artur Nikisch, Hans Knappertsbusch and Herbert von Karajan and soloists Astrid Varnay, Wolfgang Windgassen, Birgit Nilsson, Hans Hotter and Grace Bumbry.

Wieland Wagner's stagings of all of Wagner's operas followed in Bayreuth - and at other opera houses. He also staged works by other composers like Gluck, Beethoven, Verdi, Bizet, Richard Strauss, Alban Berg and Carl Orff. His stage productions could be seen in Stuttgart, Cologne, Berlin, Naples, Vienna, Venice, Milan, Geneva, Paris, London and other cities - and reconstructed versions at the Metropolitan Opera in New York, the Sydney Opera House and in Osaka, Japan. 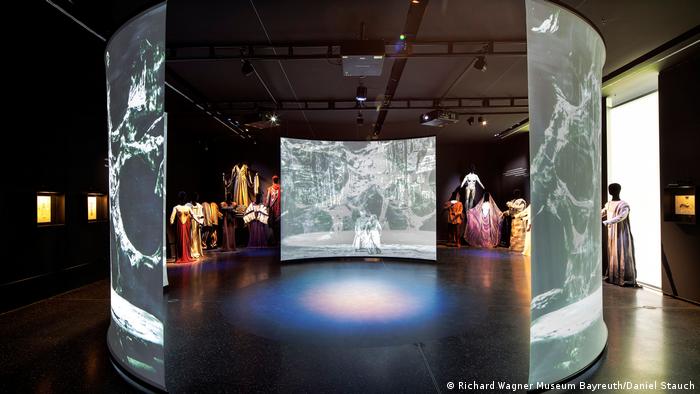 Wieland Wagner died of sarciodosis, a rare inflammatory disease, a on October 17, 1966, having prepared the previous season of the Bayreuth Festival from his hospital bed by telephone and tape recordings.

After his death, the festival was under the sole directorship of his brother Wolfgang, who continuined in the position for an additional 42 years until 2008, when he established his younger daughter Katharina as festival director.

A hundred years after his birth, Wieland Wagner was feted at the current 2017 Bayreuth Festival with a memorial event in the Festspielhaus. The exhibition "Nothing is Eternal: Wieland Wagner - Tradition and Revolution" at the Wagner Museum in Wahnfried continues through November 19, 2017.

Richard Wagner's opera "The Mastersingers" was used by the Nazis for propaganda. Australian stage director Barrie Kosky is the first non-German and first person of Jewish heritage to stage the troubled work in Bayreuth. (25.07.2017)