The abortion debate: A woman's right to choose

Steel coat hangers and opium sticks are the last resort for most women in Pakistan who want to do away with an unwanted pregnancy. Abortions are illegal in the Islamic Republic, affecting several desperate women. Jannat Bibi has 12 children to look after

38-year-old Jannat Bibi, a resident of Dawood Shah in Khyber Pakhtunkhwa in Pakistan and a mother of twelve, has finally agreed to visit a government family planning centre in her village after five abortions. Her midwife, Rozina, 54, says she is now an expert in handling her cases, despite ‘hidden fears’ about Jannat Bibi’s health.

Rozina, has been performing induced abortions for more than 30 years in and around the village. Her work mainly includes broom straws and some opium, not hard to find in the local market. She explains her decades-old formula of covering the tip of a boiled broom straw with a pinch of opium and inserting it into the uterus, bursting the gestation sac. “The opium acts like an explosive and burns the sac”, she explains. Bleeding within an hour indicates that the abortion has been ‘successfully’ performed. Another commonly used method for longer pregnancies is a bent steel coat hanger used to burst the uterus, increasing the health risk for several women who opt for illegal abortions.

The Guttmacher Institute, which researches sexual and reproductive health, estimates that in Pakistan, as many as one in six deaths occur as a result of illegal abortions. “In Pakistan, more than 60 percent of deliveries are handled by unskilled practitioners, let alone induced abortions, that are already illegal in the country. 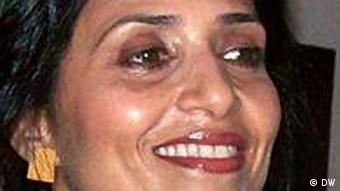 Most of them are performed secretly by backdoor abortion centres,” says Fauzia Viqar of the women's organization, Shirkat Gah. She was participating at the Terre de femmes conference on women rights in Berlin in October 2011.

Dr Rubina Sohail, senior gynaecologist and administrator at the Hamid Latif Hospital in Lahore believes that the contraceptive prevalence rate (CPR) in Pakistan is very low, because of which a lot of couples resort to abortion to deal with unwanted pregnancies. She believes if CPR and safe abortion services were available, these backdoor abortion centres would die a natural death.

According to Dr Sohail, many women would not allow an unwanted pregnancy to happen if they were the decision makers. In a report published by the United Nations Development Fund for Women in 2009, only 19 percent of married women in South Asia have a “final say over decisions regarding their health care”, a small percentage as compared to the 76 percent who get to decide the menu for routine family dinners.

The Constitution of the Islamic Republic of Pakistan also prohibits the abortion of pregnancies caused by rape, leaving no choice for rape victims. Women who conceive out of marriage in Pakistan’s conservative society are also forced to resort to unsafe methods.

In Germany, however, the separation of legal aspects from religion has helped women to make an independent choice, without the fear of social pressure even if they do decide to have the child.

The discussion on abortion began in Germany in the late 1960s, during the period of the student revolution. But it was only in 1976 that the government in West Germany introduced a law to legalize abortions in the case of rape or if the life of the mother was in danger. The law was modified in 1995.

Kirstin Mainz-Riehl, a counsellor at Profamilia, a non-governmental organization that offers counselling on sexual health and reproductive rights in Germany, says that abortion is still included as a punishable crime in German law, but it is not illegal if a woman attends a counselling session before terminating her pregnancy. 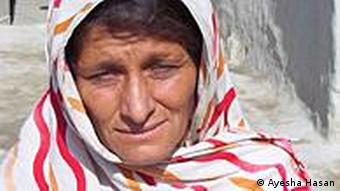 Women like Jannat Bibi undergo many abortions for lack of awareness

The separation of the state from religious matters has helped introduce a pro-choice law, but the Catholic Church still denounces contraception and abortion. The Catholic Church in Germany officially gave up issuing certificates for counselling after Pope John Paul II ordered all Catholic organizations to do so in 1999. Germany has some 1,700 state-funded family-planning centers. 270 of these are operated by theRoman Catholic Church.

Today, a woman in Germany can legally get an abortion if she has been counselled by one of the organizations authorized to counsel women in family matters. In addition, women can demand an abortion up to the 12th week of their pregnancy without a prescription from a gynaecologist and up to 20 weeks if prescribed by one. The certificate, which is mandatory in both situations, works as a record that the woman has been informed about the possible effects of the abortion on her physical and mental well-being. 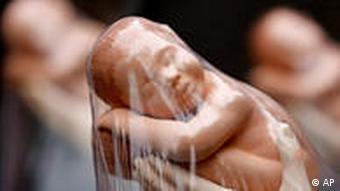 Abortion is still illegal in Germany if done without proper counselling

Anand Grover, an independent expert and Special Rapporteur on health to the United Nations, has proposed that abortion should be legalized worldwide. In a report presented to the General Assembly in October 2011, he asserted that until women get reproductive autonomy, gender equality is far from being achieved.

Meanwhile, the struggle for women’s freedom in reproductive matters goes on with the European organization, Women on Waves, which recently set up an abortion hotline in Pakistan to give practical information about sexual and reproductive health in general. The organization also offers treatment and medical facilities across the world. Since its inception in Pakistan, the organization has been facing violentopposition from the Islamic groups and several political parties.

Gulalai Ismail, founder of the Pakistani women's group, Aware Girls, who also works closely with the Woman on Waves, says despite the opposition, the campaign will continue. “We are just trying to help empower women by giving them information about their bodies. They own it and they should be free to decide in matters concerning their health. There is nothing wrong with that.”