Thailand promises to end detention of child refugees | Asia| An in-depth look at news from across the continent | DW | 22.01.2019

Officials in Thailand have signed a memorandum of understanding detailing a framework to end the practice of detaining underage immigrants. But the UN says more needs to be done to protect child migrants in the country. 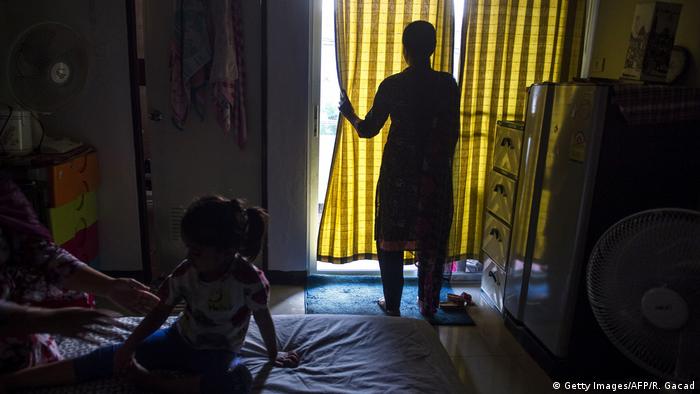 The Memorandum of Understanding (MoU) signed on Tuesday was the first formal step aimed at fulfilling a pledge by Thailand's Prime Minister Prayuth Chan-ocha, who first promised to end child detention at a 2016 refugee summit in New York. The document was signed by several government agencies, but does not specify any time frame on when and how necessary steps will be taken to improve the condition of detained juvenile refugees.

In a joint statement, several rights groups, including the Asia Pacific Refugee Rights Network (APRRN), Human Rights Watch, Fortify Rights, Asylum Access Thailand (AAT), Migrant Working Group (MWG) and Center for Asylum Protection and Coalition for the Rights of Refugees and Stateless Persons (CRSP) welcomed the new framework, which committed to detaining children for the shortest period possible. Furthermore, illegal child migrants would be transferred to private centers only as a last resort.

However, the group of rights' organizations said that the memorandum failed "to address family separation and migrant mothers are only granted release from immigrant detention following a cash payment of 50,000 Thai baht ($1,500, €1,321)." The groups contend that the amount is exorbitant for refugees, who are not allowed to work in Thailand. Also, the bail provision for refugees was restricted to migrant mothers with children and excluded fathers.

The UN's refugee agency UNHCR welcomed the move, with its representative in Bangkok, Giuseppe De Vincentiis, describing the move as "a positive example of Thailand's humanitarian approach to refugees and asylum seekers."

In an official UN statement, Vincentiis said that while the UN lauded Thailand's steps to release juveniles, it hoped that mothers and children who were still in detention would soon be released.

Thailand is not a signatory to the 1951 Refugee Convention and does not officially recognize refugees. It has been criticized for holding immigrants in detention, who are then forced to work illegally to earn money. More than 3,000 people are locked up in immigration detention centers across Thailand.

Last week, the country's head of immigration Surachate Hakparn said refugees would not be sent back to their countries involuntarily, signaling a shift in the country's asylum policy. Thai officials were caught unawares earlier this month, when a young Saudi woman fled from her country to Bangkok, pleading for resettlement.

Thousands of Rohingya and Bangladeshi migrants en route to Malaysia have been left stranded at sea after Thailand's crackdown on human trafficking. But why have so many chosen Malaysia as their destination? DW examines. (13.05.2015)