Police in Thailand have arrested three journalists who escaped across the border from Myanmar, charging them with illegal entry. Fellow journalists have warned their lives could be in danger if they are sent back. 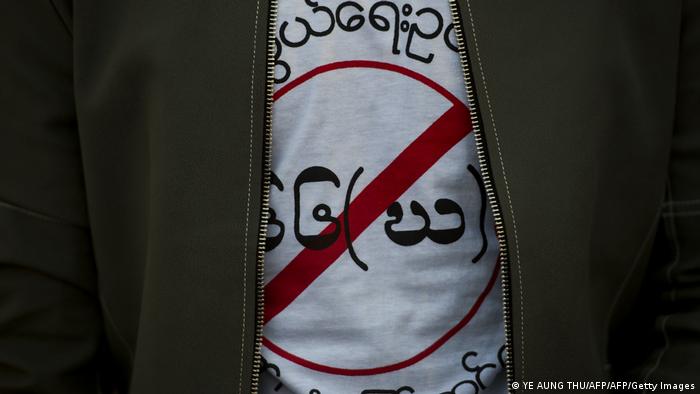 Thai authorities on Tuesday confirmed the arrests of three Myanmar journalists who crossed the border to escape the country's military crackdown.

The reporters worked for the Democratic Voice of Burma (DVB), a news outlet that had its license to broadcast revoked after the coup in February.

The military junta in Myanmar, which ousted the elected government of Aung San Suu Kyi , has since tried to silence independent news media.

It has detained some 40 journalists, including at least two who work for DVB.

What happened to the reporters?

DVB said the three were arrested in a random search in the northern city of Chiang Mai.

They are expected to appear in court on Tuesday, faced with charges of illegally entering the country.

The Foreign Correspondents' Club of Thailand warned that the journalists would face "certain arrest and persecution, if not worse" if they were deported.

"The world is watching what the Thai authorities do in this important case for press freedom in Myanmar and the region," it said.

DVB also said the three would be in danger. It said they had been covering the demonstrations in Burma, the former name for Myanmar still used by some opponents of military rule, up until early March.

"DVB strongly urges the Thai authorities to not deport them back to Burma, as their life will be in serious danger if they were to return," the statement said.

What is the Democratic Voice of Burma?

DVB is a well-known news organization in Myanmar that started as an exile media outlet during the previous junta, broadcasting uncensored television and radio reports.

It began operating from Myanmar in 2012, a year after the military dictatorship relaxed its grip on power.

It had its broadcast license revoked in March, sending its journalists into hiding.

Despite this, DVB has continued to report, posting regular updates on its Facebook page about the protests and crackdown.

It also broadcasts via satellite television — something the junta attempted to suppress when it banned domestic satellite dishes.