Syrians in Lebanon: 'They treat us like we are dirty'

Lebanon is home to some 1.5 million Syrian refugees, who get blamed for dragging the economy down. Though false, the slurs effectively make them the target of xenophobic attacks, reports Anchal Vohra from Beirut. 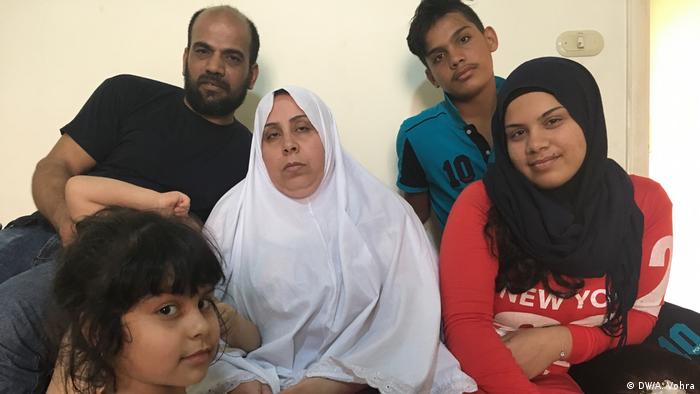 Ayat Hariri is helping her mother prepare lunch. Four of her younger siblings are glued to the television, the only luxury the Hariris can afford in Beirut.

Ayat is a 15-year-old Syrian refugee, one of more than a million struggling to get by in Lebanon, facing an economy that was already in difficulties before the conflict in the country next door added to the population by a quarter.

"We pay $700 [627 euros] towards the rent - That is half of my father's salary - and buy food with the rest," says Ayat as she picks up her younger brother. He has a chronic eye condition which goes untreated because the family has no money to meet the medical fees.

Read more: 'My camera was like a shield,' says Syrian war photographer

Beirut is famous for the lifestyle and entertainment it allows in a region otherwise considered illiberal. The Mediterranean shores of the city are lined with modern buildings meant to lure wealthy Arabs from other parts of the Middle East. A three-bedroom apartment here can cost $4,000-5,000 a month. 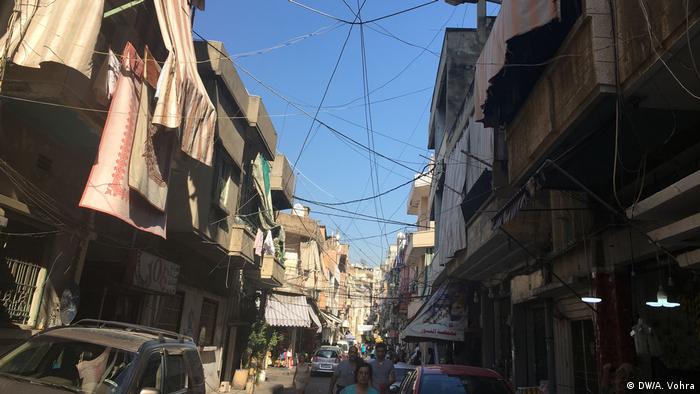 But Ayat's two-room home is tucked far away from shiny Beirut. Stacked in columns of flats for middle- to low-income families, her complex faces long power cuts and chronic water shortages.

Worse though, Ayat says, is confronting the prejudices of local people. "They treat us like we are dirty, like a burden, but we spend all that we earn here," she says.

Lebanon is home to four million Lebanese and is hosting as many as 1.5 million Syrian refugees. The exodus from Syria has added to the pressure on already crumbling public services, utilities and civic infrastructure. Lebanese politicians often blame the refugees for the country's economic woes. The impact spills over on the Lebanese street, leading to attacks on Syrians they say are xenophobic.

The costs and benefits of hosting refugees

Jad Chaaban, a professor of economics at the American University of Beirut, says that while it is true that Lebanon has to spend money on providing for Syrians, they are also contributing to the economy. "Consumption taxes increased by $800 million between 2011 and 2016," he said. "The number of mobile phone subscribers doubled from 2.9 to 5.7 million, food and beverage sales grew by 12 percent."

Lebanon receives $1.5 billion in aid from foreign donors every year and an undeclared, but supposedly huge amount from the Gulf nations helping the refugees, says Chabaan. He added: "It doesn't have a negative impact, it balances out."

A study comparing the costs incurred by the state and total refugee spending does not exist. Wissam Harake, an economist at the World Bank, told DW: "Costs are spoken of but the money the Syrians spend isn't. It includes the increase in consumption, and that has had a positive multiplying effect."

Before the war, Ayat's father was already working for an interior decor outlet in Lebanon, and earning good money. He was employed full-time and took additional part-time jobs to supplement his income. Since the war began, in 2011, his employer has cut his salary by half, while the state asks for money for work and residency permits. Somehow Ayat's family has managed to pay, but most others cannot, figures show.  As a result only 21 percent of Syrians have legal residency and the majority are providing cheap labor without any social security. The kids spend lots of time watching TV. Ayat is in school, but the family can't afford to send her younger brother

At cafes and on construction sites, it is evident that the Syrians are employed as a cheap, unskilled workforce. The Lebanese accuse them of stealing their jobs, but Chaaban attributes this attitude to deep-seated xenophobia. "Syrians are employed in areas where Lebanese don't wish to work," he said. "If Lebanon doesn't want them, then don't let them in, but why criticize and still extract all value out of them? It is just like the Americans who oppose the Mexicans."

Dr Nasser Yassin, an AUB colleague of Dr Chaaban, is fighting back. On Twitter, he quotes United Nations High Commissioner for Refugees statistics that Syrian refugees pay more than a million dollars in rent per day in Lebanon, a total of $368 million a year - significant for the real-estate sector, which is one of the pillars of the Lebanese economy.

Fixing and funding the Lebanese economy

According to the World Bank, the Lebanese economy was fragile even before the Syrians arrived. The main source of investment and foreign exchange is remittances from its diaspora - the millions of Lebanese who have emigrated, many setting up successful businesses across North and South America and Africa. However, these remittances are not stable, making it a vulnerable economic model. The bank wants Lebanon to change from an importing economy into a producing one by focusing on manufacturing and agriculture.

In a recent assessment it implored the Lebanese government to launch reforms and invest in job-creating infrastructure that provided skilled and semi-skilled employment to Lebanese - and to refugees from Syria. The Lebanese government has asked for double the amount it currently receives from donors, including the UN, to provide for Syrian refugees.

The World Bank's Wissam Harake said aid from the international community did not match the contribution Lebanon was making.

"Imagine England suddenly faced a 30 percent increase in its population," he said. "Lebanon has suffered a huge shock and should be supported more. These refugees could otherwise leave for Europe."

Are the Syrians the new Palestinians?

Economists and activists agree Lebanon needs more cash but say there should be more acknowledgement of the fact that Syrians too are paying a high price to live in Lebanon. Claims of the burden imposed on Lebanon by the Syrians reinforce the xenophobia they are facing, the activists say.

One Lebanese journalist, who asked to remain anonymous because of the controversy the subject arouses, admitted that there was a need to provide more balanced coverage but said the Lebanese were worried about a repeat of the "Palestinian experience."

Hundreds of thousands of Palestinians came to Lebanon as refugees in 1948 and have had no option to return home, becoming a displaced minority whose presence is partially blamed for triggering the long Lebanese civil war.

"Remember the Palestinians have not left," the journalist said. "They sought refuge in 1948. Now if the Syrians stay back then social tensions will mount."

Ayat's family moved to Lebanon in December 2012 after a full-blown rebellion against the Syrian president Bashar al-Assad began in their home city of Deraa.

"There was no choice, the regime had brutalized children," Ayat said. "Here everything is expensive, and they treat us badly.  We want to go to Canada, but the UN says that we are not priority.

"We can't return to Syria just yet, but inshallah, one day I will."