Prime Minister Saad Hariri has called for international support to avoid a collapse in refugee funding. He said Lebanon faced serious security and economic issues and was near breaking point. 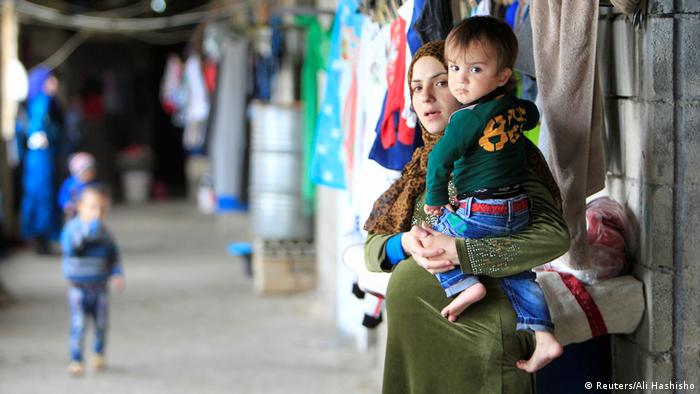 Lebanon shares a large border with Syria and has taken in about 1.2 million Syrian refugees - the equivalent of a quarter of its own population.

"This issue has reached a breaking point for us in Lebanon. We want the international community to hear us and understand that Lebanon is facing a crisis," Saad Hariri said in Beirut on Friday.

He was speaking ahead of an international conference on the post-conflict future of Syria that the European Union and United Nations are to host in Brussels next week. Hariri met the deputy Crown Prince of Saudi Arabia on Thursday. Hariri, a Saudi-allied Sunni politician, became prime minister in December in a political deal that saw Michel Aoun, an ally of the Iranian-backed Shiite group Hezbollah, elected head of state.

"I think that will make sure that Lebanon is going to stand on its own and the economy will thrive," he said. A conference on Syria is to be held in Brussels next week. The UN-EU sponsored event is to look at the post-conflict future of Syria.

"Today if you go around most of the host communities, there is a huge tension between the Lebanese and the Syrians" Hariri told reporters, "I fear civil unrest."

The prime minister said the country had so far been "extremely lucky in making sure this crisis has not affected host communities, but we have stretched our luck."

The war in Syria has weakened Lebanon's economy, fuelled tension among Lebanese allied to the rival sides, and triggered a number of jihadist attacks. But so far there has been no significant violence between Syrian refugees and Lebanese host communities.

The country's education system is stretched to overflowing with class sizes more than doubling in six years.

Unlike Palestinian refugees who live in camps managed by the United Nations, Syrian refugees in Lebanon live in informal camps.

"Some say we should have refugee camps in Lebanon," Hariri said, "I say Lebanon has become a big refugee camp."

Lebanon's infrastructure was devastated during a 15-year war that ended in 1990. It continues to struggle against endemic corruption and a public debt that represents 140 percent of its GDP.

Lebanon has decided to build a wall around the country’s largest Palestinian refugee camp. Authorities have claimed the wall is a security measure, while detractors have argued it’s a barrier that isolates Palestinians (22.11.2016)

Young refugees at the Shatila refugee camp in southern Beirut are learning journalism skills. This is part of a new project to develop an online platform where youths can exchange information and ideas. (23.09.2016)