Sunni fighters have been preparing to defend Lebanon against Syria's Alawites. They fear the war across the border will spill over - again. Anchal Vohra reports from Tripoli, Lebanon. 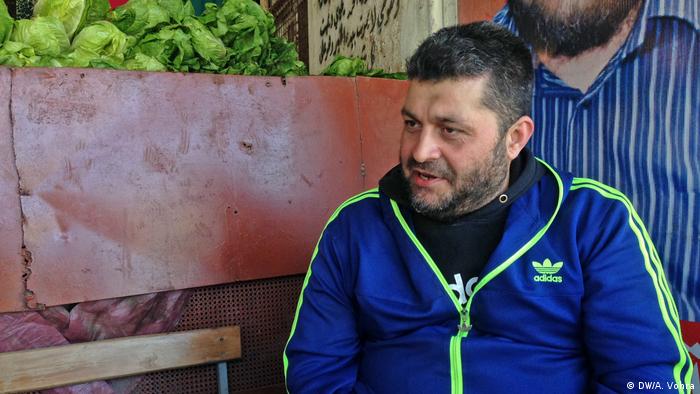 Butcher by trade, warlord by profession and self-described boss of Tripoli's Sunni street, Ziad Allouki is giving a mini-sermon on the meaning of Syria's war for Lebanon.

"Maybe Assad brings the war to Lebanon. Maybe. Anybody who wants to attack this city will face me first," he says, to a group of acolytes sitting around him at a coffee stall in Tripoli's old souk.

He is sitting in front of a poster of himself three times his own size and says there is no dearth of weapons if war comes to Lebanon.

That war has stayed away - mostly. But Tripoli, a mere 80 kilometers (50 miles) away from westernized Beirut, is a hotbed of the ultraconservative strain of Islam called Salafism. It is a gateway for Syrian refugees fleeing to Europe via Turkey and the Mediterranean Sea and lies on a simmering sectarian fault line between the majority Sunnis, supported by the Saudis who have long ties here, and minority Alawites - an offshoot of the Shiite sect backed by Syria's regime.

"Don't worry," says Allouki. "We get weapons from our friends and our family and our brothers, and we buy them from the black market. In Lebanon there are many, many black markets for weapons. Kalashnikovs are easy to get."

Allouki's support base is the old souk, a congested market displaying spices and cheap stockings, fresh vegetables and bleeding carcasses. Allouki is celebrated in banners hung every few steps. One aide to Allouki boasts that "if anything were to happen, the street will mobilize within seconds of Allouki's call."

Seen as a spill over of the Syrian war in Lebanon, from 2011 to 2014 there were repeated clashes between the Sunni fighters of Bab al-Tabbaneh in Tripoli against the Alawites of the Jabal Mohsen neighborhood. They ended once the Lebanese Army intervened, but not before Allouki had made his name leading the Sunni fighters of the city.

Gaping bullet holes in residential buildings in the city speak of its bloody past. Most residents fear violence might return, especially now that the Alawite Syrian President Bashar Assad seems to be winning the war.

The Sunni Alawite rivalry has historical roots. Alawites were traditionally discriminated against by the Sunni Ottoman rulers until the First World War. They were lifted in stature during the French mandate, and even more when the Alawite Hafez Assad established control over Syria in 1971. This was the context at the time of the 2011 uprising against the rule of Hafez Assad's son and successor Bashar, which quickly took on a sectarian hue. 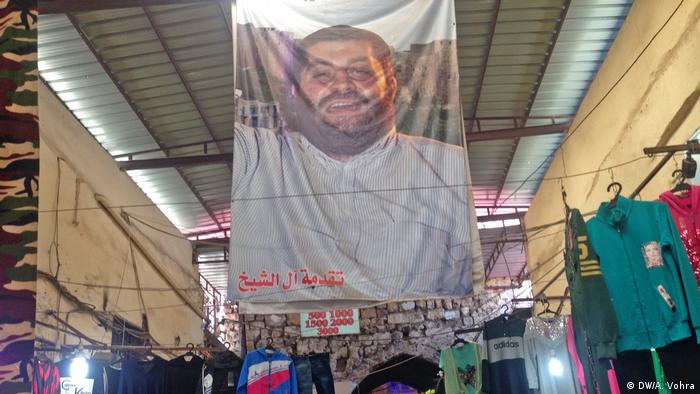 Allouki is a constant presence in Tripoli's souk

During the Lebanese civil war (1975-90), Hafez Assad sent Syrian forces to Lebanon, generating fears that the Syrian regime - and hence the Alawites - were taking over Lebanon.

Yezid Sayigh, senior fellow at the Carnegie Middle East Center, though, says that is not most people's concern: Fear of jihad now outweighs fear of the Assad regime, he says.

Even Allouki acknowledges that Sunnis from Tripoli have crossed into Syria to fight with Islamist groups. Nabil Rahim, who heads public relations for the Islamist Irtiqaa Way radio station in Tripoli, said there might be 300 men from Tripoli fighting with jihadist groups over the border.

"They are between 'Islamic State' and Nusra Front, but the majority are with [IS]," he said.

Allouki claims the presence of extremists has been used by Assad for sectarian cleansing, that the Syrian regime and its Lebanese allies, the Shiite group Hezbollah, have been trying to change the demographics by moving out Sunnis and resettling Shiite Syrians in their areas.

The allegation is disputed by some analysts of the war. "I don't think that's something I've seen demonstrated definitively," said Sam Heller, who has studied the subject as a fellow at The Century Foundation. "It's absolutely true that the Assad regime has depopulated restive, pro-opposition areas through its use of indiscriminate violence and these areas are overwhelmingly Sunni, and so there's necessarily a disparate sectarian impact." 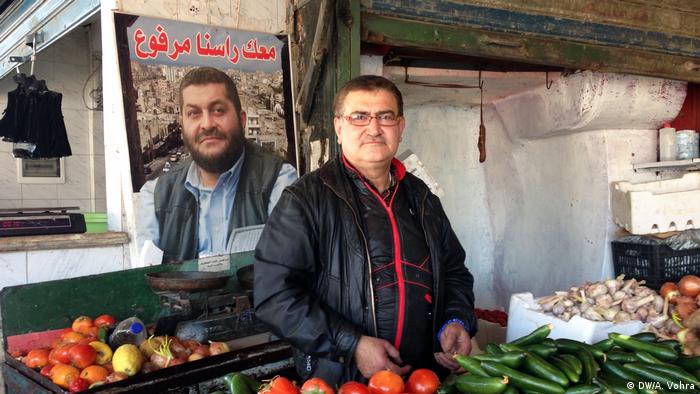 Even before the war, Syria's population was majority Sunni, which explains the disproportionate impact, but there is no concrete evidence of Sunnis being targeted.

"But I think it's an oversimplification to describe it as purely sectarian cleansing, particularly when the regime seems happy to keep as many Sunnis as possible under its control," Heller concludes.

However, the realities on the ground in Syria are one thing. The spill-over effect into Lebanon, mediated through claim and counter-claim, is another.

For Allouki, the defense of his sect, whether the threat is immediate or not, comes first. From his point of view, the Syrian regime, which was once forced out, is itching for an excuse to come back.

The fear and hatred of the Assad clan comes from the Hama massacre of 1982, which led to clashes in 1986 in Tripoli. Then Allouki was a young boy, but by 2011 Allouki was determined to fight back. He gives Bashar Assad the credit for making him a warlord.

"One day I woke up and Bashar Assad had attacked my city, I had to defend it," he says.