The vicious Syrian civil war has spilled over to Lebanon, where clashes between pro- and anti-rebel groups regularly break out, appropriately enough, on Tripoli's Syria Street. 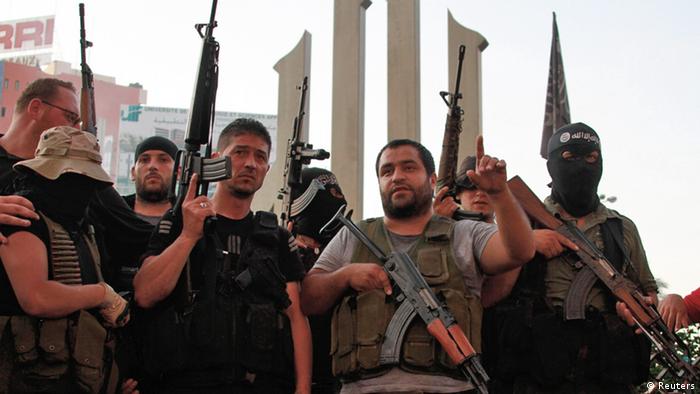 Syria Street in this northern Lebanese city has become the dividing line between Sunni supporters of Syrian rebels and Alawite supporters of President Bashar al- Assad.

The narrow alleys off Syria Street have heavy tarpaulins strung across to shield the view of snipers and allow civilians to pass. The Sunni militants shoot at both opposition gunmen and Alawite civilians in a hillside neighborhood above them.

"Normally nobody dares go here," he said. "At any time someone may start sniping."

Luckily on this day there was no shooting. He noted that civilians are often the victims. "Most of the time people who are shot are going to do their shopping or just going out," he said. "They are the ones shot, not the gunmen."

Some 30 Sunni militias occupy Syria Street these days, with increasing numbers calling themselves Salafists - a loose-knit, conservative Islamic movement that seeks to impose a strict interpretation of Islamic Shariah law, restrict the rights of women and has no tolerance for other religions.

Abu al Bara, who uses a nom de guerre, is a self-described Salafist commander leading some 30 fighters. He supports the al Nusra Front in Syria, a Salafist rebel group known for targeting and killing civilians with car bombs. 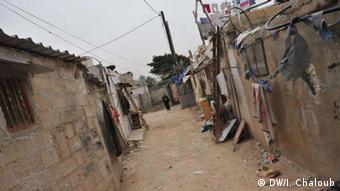 Civilians are trying to stay out of the firing line

"We like Saudi Arabia's way of ruling based on Shariah, with some modifications," said Bara. "We don't want so many restrictions on individuals, but their system is good."

For Bara and his followers, the enemy is not only the armed militias such as Hezbollah, but also their civilian supporters. Abu Wadih, one of Bara's fighters, said all Hezbollah supporters "should go to hell. We will fight them with weapons, with our nails, our teeth. We want them all dead."

Fighters on the other side have their own dogma. A winding, narrow road climbs up the hillside into the overwhelmingly Alawite district of Tripoli. Alawites are a religious group that split off from Shia Islam centuries ago.

Ali Fodda, a top ADP leader, said he supports the pan Arab ideology of Assad. "This ideology was able to stand against the Israeli intervention and we support that," he said.

The ADP allies with Iran and Hezbollah to support Assad, arguing he is key to maintaining a resistance front against Israel. Fodda denied that his militia intentionally targets Sunni civilians.

"There are no civilians in the clashes," he claimed. "We don't kill civilians." 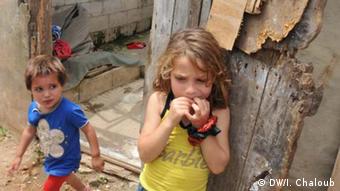 What kind of future do they face?

The fighting in Tripoli has continued for weeks and similar clashes recently broke out in the southern Lebanese city of Sidon. A Salafist Imam called on followers to attack the Lebanese Army and Hezbollah, which he claimed was siding with Assad in the Syrian civil war. Fighting flared for a few days with dozens killed and injured.

Bassem Shabb, a member of parliament from the Future Movement (Lebanese political group - the ed.), said lasting peace in Lebanon will be difficult as long as the Syrian civil war continues.

"The best that can be achieved is a durable ceasefire," he said. "There are no common points to agree upon. We're essentially tied up to the situation in Syria."