About a quarter of Lebanon's residents are Syrian refugees. The struggle for work and living space is starting to fuel tensions between the locals and those seeking refuge from their war-torn country. 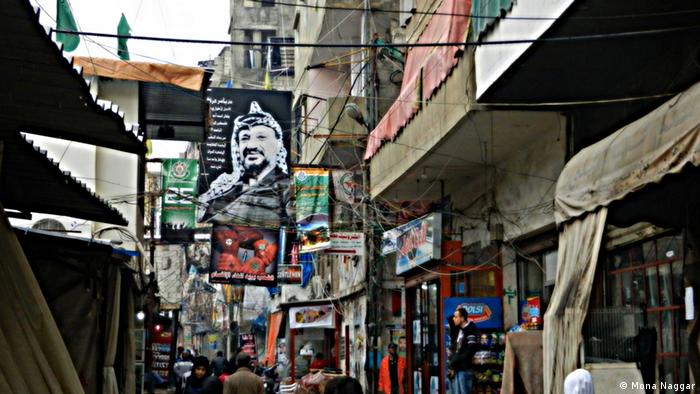 Rana Haidar is on her way to work. The 25-year-old Palestinian from Syria has two jobs. In the mornings she works at a social club in Beirut's Sabra neighborhood, which also cares for Syrian children. In the afternoon she toils away at a social center in the neighboring Shatila district.

Rana, the eldest of her siblings, must contribute to her family's income. Each month she needs to earn $300 - about 225 euros - for rent. On top of that is the cost of food and medication for her mother. The help of international aid organizations is a mere pittance compared to what the family needs to survive each month.

But Rana acknowledges the problems the Lebanese themselves must face. "The people here gave us a warm welcome, but they've also got their problems with us," she said. "Ultimately, we're taking away their jobs."

Sabra and the neighboring Shatila are two of the poorest and most densely populated districts in Beirut. Everything is in short supply here: living space, electricity, water and work. Palestinians and Lebanese who otherwise can't find work have somehow landed here. Added to the mix are immigrants from Sri Lanka or Bangladesh, and increasingly more Syrians like Rana Haidar.

Nabila Ibrahim was born and raised in Sabra. Now the 47-year old serves as an important contact for Syrian refugees in Sabra. People donate clothing or diapers and Nabila forwards them to those in need. The energetic woman is familiar with the circumstances of the people in Sabra, as many are unemployed or have poorly paid jobs. 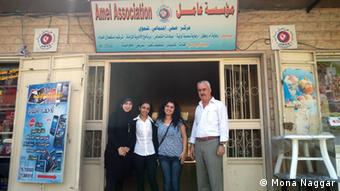 Locals receive aid, too: Ali Baqi with employees at the NGO Amel Association in Al-Ain

As a result many locals are developing a growing resentment for the Syrian refugees who will work for lower wages. "My friend had a position at a clothing store, but she was fired because her employer could pay two Syrian women for her single wage," Nabila said. Nevertheless, she added, there is still a sense of neighborly aid. "People show their compassion."

Lebanon has remained committed to its policy of keeping its borders open for Syrian refugees. The flow of refugees from the neighboring civil war has remained constant. In May, the United Nations Refugee Agency (UNHCR) counted 530,000 refugees in Lebanon. In addition, there are thousands of non-registered Syrian refugees. The Lebanese Ministry of the Interior believes there to be a million Syrians in the country. Those who criticize this burden on Lebanese society are growing increasingly vocal.

The Bekaa Valley is one of the central reception points for Syrian refugees in Lebanon. According to the UNHCR, more than 150,000 registered refugees currently reside in this agricultural region. But even here, the actual number is likely higher. 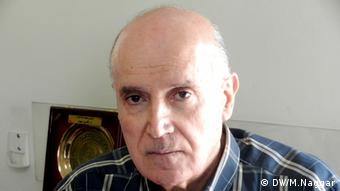 Because of its proximity to Syria, the towns and villages in the Bekaa Valley are often the first point of contact for those who must flee from the neighboring country. An estimated 1,600 Syrian families are among the 20,000 residents in the village of Marj.

There is not a single free room remaining in the village, said Nazim Youssef, mayor of Marj. His community is no longer in the position to take in more people. But you can't just send back refugees, Youssef said. "They have lost everything."

The aid offered by international organizations is simply not enough, said the mayor. It hardly covers the refugees most basic needs. But even this assistance sets the local Lebanese at unease. "The Syrians are getting a lot of attention," Youssef said. "But we are ourselves are currently suffering from a severe economic crisis."

The criticism of allegedly giving Syrians preferential treatment is something Ali Baqi knows all to well from his everyday work. Baqi is the director of Lebanese aid organization Amel Association's branch in Al-Ain, a town of about 30,000 in northern Bekaa Valley.

In the past two years, about 800 families have found refuge here. But even here, there's no more room for newcomers. The 53-year-old knows there are also many impoverished Lebanese in his town. So after discussions with the central office in Beirut, Baqi decided to offer assistance to the locals in need. 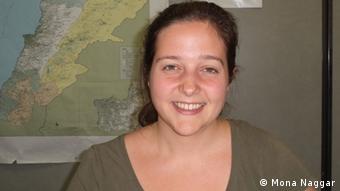 Routley, of the Danish Refugee Council, has called for the construction of refugee camps

Rachel Routley of the Danish Refugee Council (DRC) admits that aid organizations have historically failed to improve the coordination and communication with host communities. Only now have they begun to bring in relief for needy locals.

According to Routley the biggest problem is finding housing for refugees. "We need a broader solution," she said, implying the necessity for refugee camps similar to those in Jordan or Turkey. However, the disjointed state of the government in Beirut has prevented such camps from being built in Lebanon, said Kamel Mohanna, founder and director of the Amel Association.

"We're fighting our way through a serious political and economic crisis. But we still accept hundreds of thousands of refugees," said Mohanna. "The international community has failed to support us."

At the Syrian donor conference in Kuwait in late January, donor countries pledged $1.5 billion (1.1 billion euros) in aid for Lebanon. Since then, however, only a quarter of that aid has been provided.

Battle over Syria at G8 summit

The G8 summit managed to put together a joint declaration on Syria. But as Russia and the West continue to have different interests at stake, the declaration remains short of any discernable progress. (19.06.2013)

A Syrian family of six fled to Hamburg when civil war broke out and found refuge in a Protestant church in Hamburg. But even after reaching relatives in Germany, authorities could deport them at any time. (24.05.2013)