What are millets and can they help create global food security? | Environment | All topics from climate change to conservation | DW | 09.06.2022

What are millets and can they help create global food security? 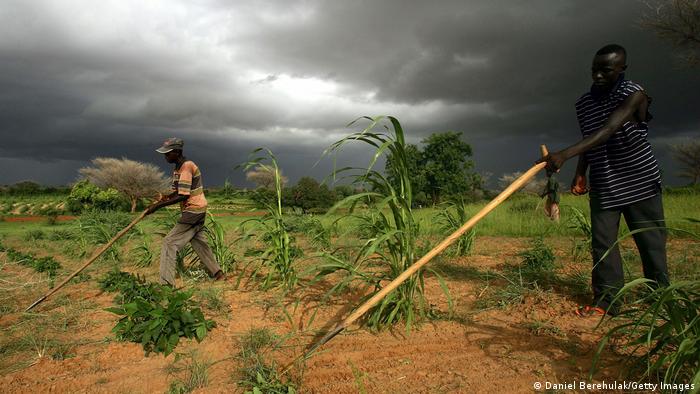 Overlooked by much of the world, millets are not only nutritious but grow fast and can survive in dry conditions

In an illustration of just how connected our world is, people living in countries such as Afghanistan, Ethiopia and Syria that depend heavily on food imports are feeling the impact of Russia's invasion of Ukraine. In peacetime, the two countries collectively meet almost a third of the global wheat supply and a quarter of barley demands, as well as two-thirds of the world's sunflower oil needs.

Ukraine has not released a grain harvest forecast for 2022, but warned that Russia's blockade of its Black Sea ports could lead to the loss of tens of millions of tons of Ukrainian grain, "triggering a food crisis that will affect Asia, Africa and Europe."

For Robert Onyeneke, an agricultural economist at the Alex Ekwueme Federal University in Nigeria, the world is already experiencing such a crisis, which he said "is increasing everywhere" and "could be here for a while."

As far as Onyeneke is concerned, it's time to look for alternatives to the popular staples such as rice and wheat. He believes millets, a family of variable small-seeded grasses, could be one possible alternative — for four specific reasons.

"Their nutritional content, climate resilience, short maturity period and low carbon emissions," he said, "put them in the limelight."

A new era for old grains?

Millets have been around since 3000 BC and are believed to be among the earliest domesticated plants, long serving as a staple crop for millions of farmers, particularly in India, China and many parts of Africa.

Sometimes dubbed "nutri-cereals" due to their high levels of iron, fiber and certain vitamins, they are still grown in more than 130 countries. Yet they only play a significant role in the diets of some 90 million people in Africa and Asia, and are often regarded as food for the poor.

By comparison, around half the global population relies on rice, and more than one-third on wheat. 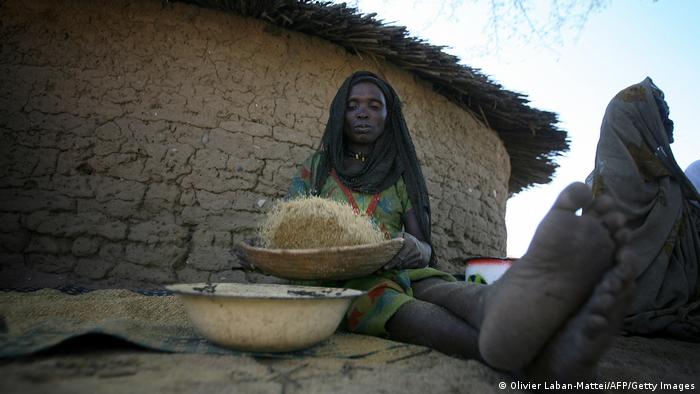 Millet is the main crop in the Sahel, where the lack of rainfall makes it hard to cultivate other crops

Yet with 2023 declared as the UN International Year of Millets, the fortunes of this ancient, humble grain could be on the cusp of changing. That, experts say, would be a good thing — not only due to the cereal's health benefits, but also its ability to thrive in tough conditions. And in a world marked by climate change, that rings with promise.

Millets don't only have the ability to grow in hot or drought-stricken regions, they also need far less water than wheat, rice or corn. And that's not all.

"In terms of harvest, the maturity period is shorter. Some millets reach maturity in 60 to 90 days," Onyeneke said. He added that millets emit little or no greenhouses gases, unlike rice cultivation which contributes significantly to methane emissions.

Adding to the list of advantages, the UN points out that millets require little by way of synthetic fertilizers and pesticides, and can boost soil quality through intercropping with other plants.

Is the world prepared to grow more millet?

As things stand, however, Onyeneke said millet production in Asia and Africa can't even satisfy local demands, let alone generate enough for export. "Which is why there's a need for state intervention," he said.

"With subsidies and regulated procurement, millet cultivation can easily go back up."

Subsidies could boost millet cultivation, not only in Africa but also in India

Increased cultivation also implies a need for increased processing. But in India, which is among the top millet producers, a hangover from the green revolution of the 1960s means processing infrastructure is not what it might be. Back then, in a bid to combat famine, crop subsidies and massive agricultural industrialization favored rice and wheat.

Vilas Tonapi, director of Indian Institute of Millets Research, said in order to tip the balance the focus should be on varieties such as pearl and finger millets, which need less processing.

"Infrastructure used for wheat can handle the processing of these millets with a little tweak," he said. "We should also develop infrastructure for processing small grains which have husks."

What will happen to Ukraine's agricultural exports?

Dwijendra Nath Guru, an advocate and activist for sustainable food systems and founder of the Bengaluru-based resource and support organization The Millet Foundation, warns against simply replacing the consumption of one type of grain with another in a way that would create a new monoculture of crop dependence.

"And we cannot have a myopic Eurocentric policy that simply deprives developing countries of their share of grains which will be exported," he said.

After the UN declared 2013 the International Year of Quinoa, production of the traditional South American seed rose by more than a third, according to the FAO. The Andean region, where quinoa had long been just a locally consumed crop, saw a sudden transformation in its economic and social structures.

Soaring demand led farmers to shorten the normally long fallow periods between harvests that allowed the land to recover, causing some harvests to go bust. This risked not just soil health but also domestic food security among farmers. 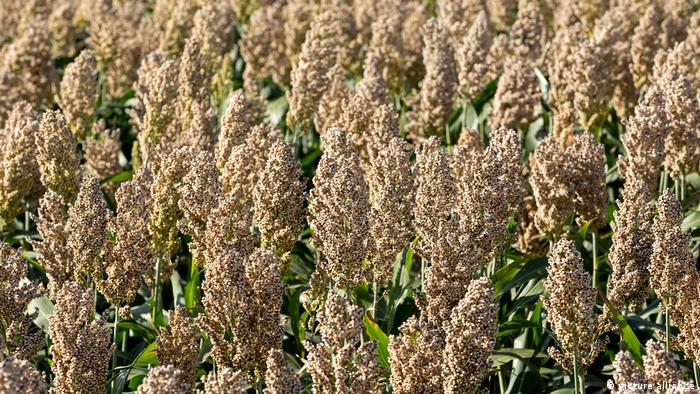 Millet comes in many different varieties

Guru also said it's vital to secure a minimum price for millet farmers.

"Otherwise it often ends up benefiting only middlemen and not the farmer," he said.

Vettavalan Manikandan agrees. He is the president of a farming association in the southern Indian state of Tamil Nadu, where the government is set to boost production. "In my village, we sell pearl millet for 10 cents per kilo, but the same millet is packaged, branded and sold for about €1 in supermarkets in cities," he said.

He believes a growing global demand for millets would see cultivation move from dry to fertile lands, where the yield would be of both higher in quality and quantity — perhaps helping to change the stigma attached to this unsung grain.

Ethnobotanist King said perceptions are already beginning to shift, and he is optimistic about the role of millet moving forward.

"With improvement in technology and recipe creation, millet production may well eventually become a pillar in global food security," he said.

This article was last updated on June 9.

Tanzania digs in to fight drought

Grass seeds, shovels, muscle and rain — the perfect ingredients to bring parched land in Kenya and Tanzania back to life.