German Foreign Minister Frank-Walter Steinmeier has called on Turkey to maintain peace talks launched with the Kurdish Workers Party (PKK) in 2012. The warning comes as Turkey continues shelling the organization. 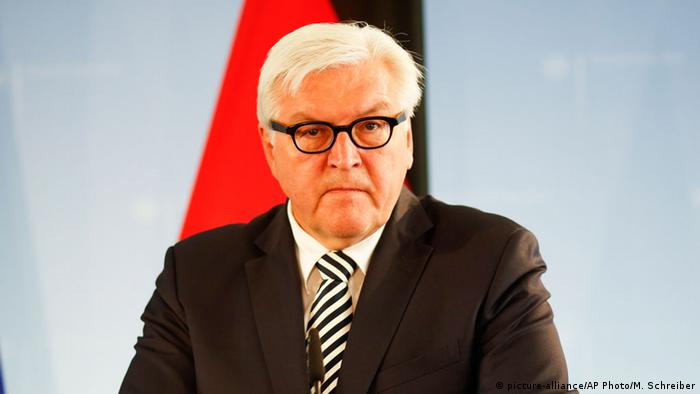 In a telephone call with his Turkish counterpart Mevlut Cavusoglu on Monday, Steinmeier said talks between Ankara and the rebels "should not grind to a halt."

"The already complicated situation would thereby be made more difficult," Steinmeier said.

NATO chief Jens Stoltenberg supported Steinmeier's stance, also warning that Turkey's bombing campaign could endanger progress which has been made with the PKK in recent years.

"Force will never solve the conflict in the long term," Stoltenberg said.

The PKK launched an insurgency against Ankara in 1984 which initially sought independence and later autonomy and greater rights for Kurds. Over 40,000 have been killed in the violence.

Earlier on Monday, NATO announced plans to meet the next day to discuss threats to Turkey's security.

The cautionary statements on Monday came amid ongoing shelling close to the Turkish-Syrian border. Turkey deployed tanks and F-16 fighter jets to the region on Friday in response to an alleged "Islamic State" ("IS") suicide bombing. Thirty-two people died in the blast.

The PKK said on Monday, however, that Turkish fighter jets and ground forces have also hit PKK camps in northern Iraq and the Syrian Kurdish YPG in northern Syria - despite the organization's cooperating with the US to combat IS. Ankara has denied, however, that the government was intentionally targeting Syrian Kurds.

Turkish and US officials also began on Monday to finalize plans for a military campaign ,which aims to establish an "IS-free zone."

Turkey was previously reluctant to join the US-led coalition in the fight against IS, but made a major tactical shift over the weekend by firing at Syrian-based IS targets and granting allied forces access to its air bases.