Elderly people were cheated out of money and held in horrible conditions at a private nursing home in Spain. Five people died under the "care" of a Cuban-German couple who locked up and drugged the residents. 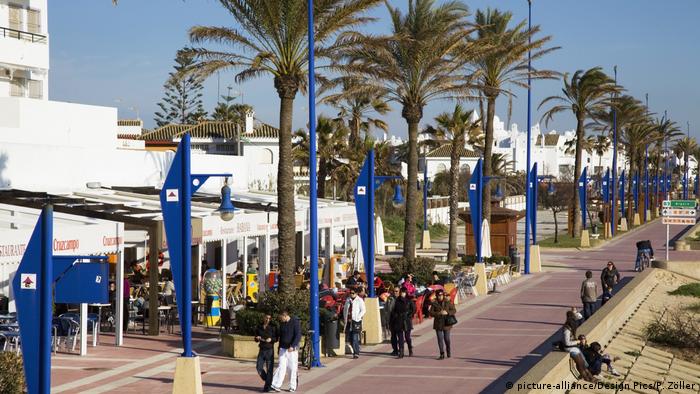 Spanish police have arrested six people accused of swindling elderly people out of hundreds of thousands of euros at a private nursing home officials described as a "house of horrors."

Some of the elderly people in the coastal holiday town of Chiclana de la Frontera in Andalusia were locked up, drugged and unnecessarily fed through stomach tubes, the Civil Guard police force said Thursday.

Among the six arrested were a Cuban woman and a man with Cuban and German citizenship. The couple is accused of befriending elderly people and stealing more than €1.8 million ($2 million).

In an operation police dubbed Teydea, an elderly German man and a Dutch woman were found in a "terrible state," locked up, drugged and fed with stomach tubes.

The discovery of the two seniors came after German authorities notified their Spanish counterparts that a 101-year-old German woman named Maria Babes had been reported missing.

Police found her in a care home in Chiclana in a bad state.

When questioned, Babes told police the Cuban-German couple had befriended her in Tenerife where she lived and convinced her to come to Chiclana.

She told police that once there she was locked up with her hands tied for several months.

"In October, she had more than €162,000 in the bank and after this couple appeared in her life, by mid-December she had under €300, her house in Tenerife had been sold and she didn't receive €1 of the sale," the Civil Guard said in a statement.

However, before the couple could be arrested they removed Babes from the nursing home using falsified documents. She then died in the suspects' car and was immediately cremated so no autopsy was done.

Police have not ruled out that the German woman could have been murdered. Four other elderly people had died in the past four years after being "looked after" by the couple.

They "had died unexpectedly once they [the couple] had taken all their capital," police said.

The arrested couple allegedly laundered the money which they stole by building a tourist complex in a coastal town in Cadiz province.

Four other people have been arrested on suspicion they helped the couple launder the money.

The Cuban-German couple has been charged with fraud, document falsification, domestic abuse, money laundering, asset stripping and misappropriation of funds.

The German government has come up with a plan to get the country out of its care worker crisis: find 10 percent more trainees by 2023. But experts say the effort will only be effective if working conditions improve. (28.01.2019)

Nursing home abuse in Germany: 'I can't let my mother die of thirst'

When the elderly become helpless they need especially good care. Frank Schulz visits his mother's nursing home in Germany every day — because he is scared she is being neglected. (28.12.2018)