Southeast Asia ′fake news′ laws open the door to digital authoritarianism | Asia | An in-depth look at news from across the continent | DW | 16.10.2019 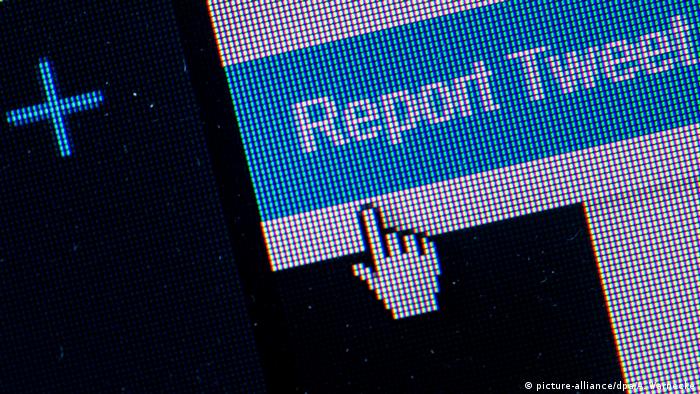 A wave of recently introduced laws in countries across Southeast Asia has increased authorities' control over the internet and criminalized any online activity deemed to be "subversive."

Governments say the regulations have been introduced to combat the spread of false information online. The role of misinformation in the 2016 US presidential election, the most high-profile example of the threat of fake news, has paved the way for fake news laws enacted by other governments.

However, human rights groups in Southeast Asia warn that these laws are ripe for abuse.

Emilie Pradichit, director of the Thailand-based human rights group Manushya Foundation, said the laws are an attempt by governments "to maintain their power and control by manipulating information to their advantage."

The US human rights watchdog Freedom House in its latest Freedom on the Net report in 2018 listed every Southeast Asian country as "not free" or "partly free."

Singapore's anti-fake news bill came into effect on October 2 amid concerns that it provides broad powers for the government to police online speech.

Vietnam enacted its cybersecurity law in January 2019, placing stringent controls on tech firms including setting up offices in the country, storing data locally and complying with Hanoi's demands to delete content on social media.

In Cambodia, a regulation was signed in May 2018 allowing investigation of media websites spreading what it considers fake news ahead of the national election, which saw Prime Minister Hun Sen re-elected to a sixth term.

Phil Robertson, deputy Asia director of Human Rights Watch (HRW), said that fake news has been "inflated to be the 21st century bogeyman that all people should fear."

The excuse of fake news has "become the new rationale to censor anything a government does not like that appears on the internet," said Robertson.

There are legitimate fears among campaigners that the law will allow ministers to unilaterally determine what false information is and criminalize its distribution online, which could serve as an example for authoritarians, he added.

Rights groups have voiced concerns that this would further curtail free speech in Thailand, which has been stifled since the 2014 coup.

"Thailand is clearly going down the rights-abusing path of Singapore when it comes to handling so-called fake news," said Robertson.

HRW's Robertson said Thailand's fake news center "will only serve to institute internet censorship based on vague and general definitions made by politicized officers keen to end any criticism of the government."

The Thai Ministry of Digital Economy and Society dismissed these concerns, and said there would be a focus on public participation with a new website for netizens to report fake news.

The ministry told DW it is cooperating with Facebook, Google and Line chat application, as well as mobile operators such as AIS, True and DTAC for cooperation.

Thailand has already imposed a string of laws to clamp down on dissent and opposition views — including the recently enacted Cybersecurity Act, the Computer Crime Act and the long-standing lese-majeste law.

These laws have already targeted activists. On October 8, pro-democracy campaigner Karn Pongpraphapan was arrested for posting "inappropriate content" which "stirred hatred," according to a police statement.

He was charged under cybercrime laws, which punish anyone sharing online content that "poses a threat to national security." Pongpraphapan had allegedly written a Facebook post about the fall of European monarchs, without mentioning or referring to the Thai royal family.

Risk to freedom of speech

Free speech campaigners have urged authorities to apply the laws reasonably and proportionally. Any perceived harm caused from spreading false information "should not just be towards what is broadly identified as 'national security', but instead something that damages individuals' security and human rights," said Pradichit.

"We hope that Thailand's news verification center will be administered with transparency and impartiality, as well as with due process, in order to safeguard meaningful public discourse," said Jeff Paine, managing director of the AIC.

Robertson hopes that other Southeast Asian countries will "come to their senses before it is too late, and follow the Malaysian model that recognizes existing laws are more than adequate to deal with the so-called 'fake news' phenomenon."

Unlike other countries in the region, Malaysia repealed its much-criticized Anti-Fake News Act passed in 2018 by former Prime Minister Najib Razak.

"People in countries at risk of facing one of these laws must see through the government propaganda, which says that such laws will protect people," said Robertson," adding that people need to recognize the laws are about "putting virtually unrestricted, big brother-style censorship authority in the hands of governments."