Indonesia blocking social media to ′maintain democracy′ | Asia | An in-depth look at news from across the continent | DW | 24.05.2019

Indonesian authorities have been criticized for blocking social media during violent postelection riots in Jakarta. DW asked Indonesian Communications Minister Rudiantara why he thinks the ban is necessary. 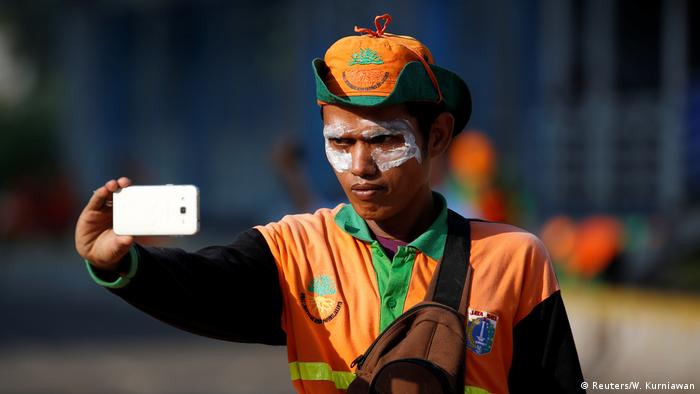 DW: Why has the Communication Ministry blocked social media and messaging services in the wake of the Jakarta riots?

Rudiantara: We are trying to manage the use of social media and instant messaging. During situations like the Jakarta riots, there is a lot of fake news, with videos and pictures circulating on social media and instant messaging. We have not totally blocked the means or tools for people to communicate, but we are trying to limit features that have affected the riots happening in the country.

How long do you expect social media to be restricted?

I do not know yet, and it depends on the situation. I hope that everything gets better soon so that we can lift the partial ban on social media and instant messaging.

What about people who use social media services for work?

I feel sorry about that because my friends and family, along with people's businesses, will be affected. But again, we can still do business with text messages.

However, Indonesia is a very large democracy, and we have to maintain the democratic process in this country. But there is also a limit to democracy when people use social media and text messaging to try and entice others to riot against law enforcement.  As far as I am concerned, this doesn't have to do with democracy any more.

Twitter and WhatsApp can still be used, but only for text and not for pictures and video. With the Telegram messaging service, we have had issues in the past and blocked the service.

Although we cooperate with Telegram, we still have to address content that has to do with radicalism and terrorism. And these issues are not limited to Indonesia — they are global issues.

Was the ban effective during the rioting?

No technology works 100% of the time, however, in general, we were successful in managing the situation.

How do you see the future of social media in Indonesia?

One of our jobs is to improve social media literacy, along with the capacity for people to use social media platforms in a positive way. We have to ensure that what is being sent and posted on social media is positive. Our motto is: "Think before we share."

Rudiantara is Indonesia's minister of communication and information technology. He goes by one name, as is common practice in Indonesia.