A hugely popular music video app has been shut down in Indonesia after being accused of spreading "pornography and blasphemy" among pre-teen users. The app has also created a new celebrity culture in the country. 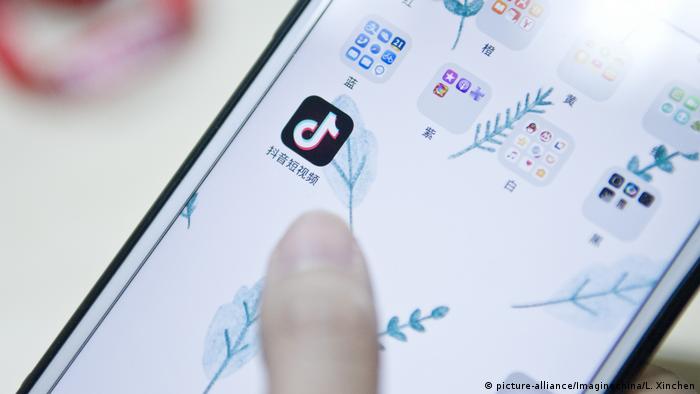 Alpenliebe is very popular among teenage girls, one of whom wrote on Facebook that she would be "willing to sell her kidneys" to meet "Bowo."

Censors in Indonesia, however, are not amused by the app's popularity among pre-teens, and on Tuesday, the Indonesian Communications and Information Ministry temporarily blocked Tik Tok in the Muslim-majority country.

The information ministry issued a statement saying they decided to block the app after learning it contained "pornography, inappropriate content and blasphemy." There are 10 million Tik Tok users in Indonesia.

The ban came after the communication ministry reportedly received more than 2,800 complaint letters about some of the user-generated content on the app. On Wednesday, Tik Tok visited with officials to discuss the block.

The Indonesian minister of communication and informatics, Rudiantara, told DW that his office will ban this app until the management of Tik Tok fulfils their commitment to clean up the content:

"I just met the company team of Tik Tok who came from Beijing," said Rudiantara, who goes by one name as is common in Indonesia.

"We discussed the issue and I said to them, this ban is temporary and can be lifted after Tik Tok scrubs its content."

The minister said that Tik Tok would have to "clean negative and harmful content."

Additionally, the app would be required to filter the content of the app in Indonesia and provide easy access to customer service.

Indonesia has recently taken other measures to control online content after a rise in fake news and hate speech and amid controversial anti-pornography laws pushed by Islamic political parties.

When asked if the Tik Tok ban violates freedom of speech, Rudiantara answered that the Indonesian government respects human rights, but the problem is so many children or teenagers in Indonesia watch videos on the app.

"Gambling online, pornography or terrorism is not about freedom of speech. We have to anticipate the serious impact of it," said Rudiantara.

"Bigo, a popular livestreaming app, was also blocked, in 2016. The move was reversed once it sanitized its content. So there is no discrimination, we have to be fair," Rudiantara added.

Loved by pre-teens, hated by adults

According to The Jakarta Post, this app was originally called "Douyin" in China. Tik Tok was launched in 2016 by Zhang Yimin, the founder of the Beijing-based news and information platform Toutiao, one of China's fastest-growing tech startups.

Tik Tok was introduced to Indonesia in September 2017 by the tech company ByteDance Technology. The app allows its users to create short videos. Users who manage to generate hundreds of viewers and likes for their videos earn the title "muser" – a Tik Tok term for very popular users.

Popular among children and teenagers for its quirky videos, Tik Tok is resented by adults. Like other social media or apps, the popularity of Tik Tok has also given birth to a new social media celebrity culture.

Musers generate their own fame and charge their fans to meet them and take selfies. 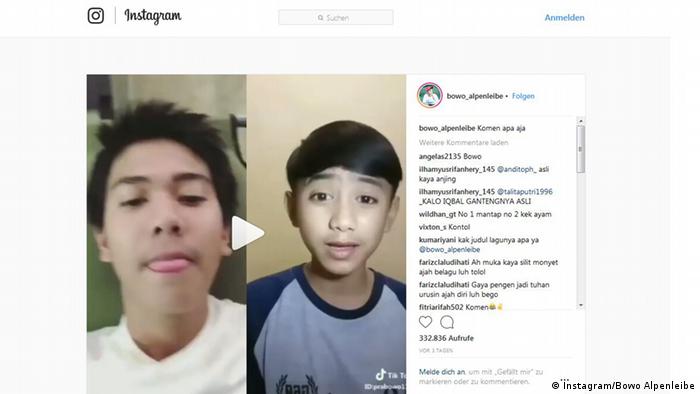 Bowo Alpenliebe had more than 790,000 followers on his Tik Tok account before this app was blocked. He even organized a meet-and-greet event in Jakarta.

He charged fans 5 euros to participate in the event. Many parents reportedly complained because some children even stole money from them to meet their beloved star.

Some teenagers in the world's largest Muslim-majority nation have posted on social media that they'd rather worship "a new God" – namely Bowo.

Other posts by young girls caused outrage. For instance, one post read, "It's okay for me to lose my virginity, as long as Bowo is the one" or "I am willing to sell my mom, for the sake to meet Bowo."

According to Tech Asia, Tik Tok has 150 million daily active users worldwide and has become a top-five-ranking app in the "video players and editors" category on Google Play in 70 countries.

This app is also the No. 1 overall Android application in Malaysia, Vietnam, Thailand and the Philippines, but ranks No. 4 in Indonesia.