China wants to become a leading high-tech power by 2049. To achieve this goal, Chinese businesses are acquiring firms and know-how in the West. But many industry experts are concerned about the development. 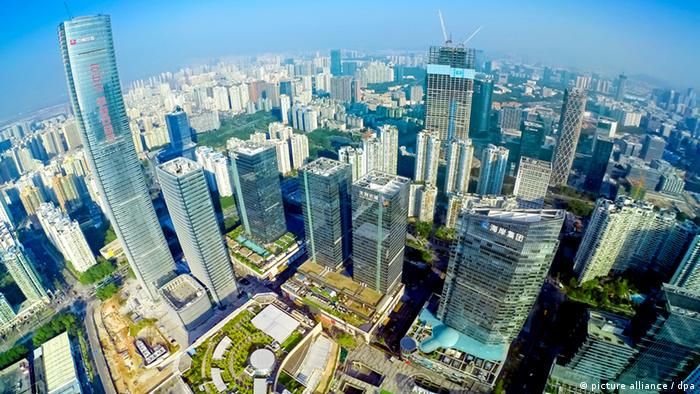 Chinese President Xi Jinping wants his country to become a leading power in science and technology (S&T) by the middle of this century.

China should establish itself as one of the most innovative countries by 2020 and a leading innovator by 2030 before realizing the objective of becoming a world-leading S&T power by the centenary anniversary of the founding of the People's Republic of China in 2049, Xi said at a major S&T conference in late May.

"Great scientific and technological capacity is a must for China to be strong and for people's lives to improve," Xi was quoted as saying by the Xinhua news agency.

To that end, the Chinese leader called for new ideas, designs, and strategies in science and technology.

China's resolve to ascend the technology value chain, coupled with the government's goal of making the country a dominant high-tech player worldwide, is increasingly becoming a source of concern for many in Europe.

It is particularly the case in Germany, where a number of firms have been bought by the Chinese over the past several years. And the latest $5 billion takeover deal involving Kuka, a leading manufacturer of industrial robots, has also been viewed with concern by many German officials.

To fend off the Chinese bid for Kuka, Economy Minister Sigmar Gabriel even called on European industrial groups to forge an alliance and make an alternative offer.

The takeover shows that politicians in Europe only have limited tools, Oettinger said, adding that for "strategically important sectors" it needs to be examined what could be done nationally and at the EU level to secure the future of high-tech industries as well as research and development in Europe.

Zhang Hongbiao says he is unable to comprehend why politicians in Europe are so worried about the Kuka takeover. "Kuka is not involved in the development of any sensitive technologies. The company basically offers solutions and automated systems for manufacturing. It even buys certain components from other firms," said Zhang, who is a financial analyst at the Shenzhen-based Gaogong Industry Research Institute (GGII), a leading Chinese technology think tank.

But many German industry observers see it differently. Jost Wübbecke, a China expert at the Mercator Institute for China Studies (MERICS) in Berlin, criticized the takeover in an article for the German business daily "Handelsblatt." He described Kuka as central to German industrial strategy "Industry 4.0," citing that the company has already been operating a factory of the future in the US - a highly automated plant to build Jeep Wrangler bodies.

Still, Zhang stresses that Europe, and particularly Germany, has no reason to be nervous, "as long as there are no plans to delist Kuka from the German stock exchange."

"Even though Midea has become the biggest shareholder, there are still other investors who have a say. And all important decisions will be made together by the executive board.

"The Chinese market has great potential. In future, international companies may not be able to maintain their dominant position over their Chinese competitors. And when it comes to robotics, the Chinese are already about to emerge as competitive players - at least in the low and mid-tech segments," the technology analyst underlined.

In this context, the Chinese government's "Made in China 2025" plan seems to pose a direct challenge to the leading industrial nations like Germany, say critics. The strategy aims to enhance competitiveness in the manufacturing sector through automation and overall improvement in technology.

In the US, the government has not refrained from acting and thwarting business deals in the name of national interests or whenever key technologies are involved.

The Committee on Foreign Investment in the United States, a powerful body comprising of members from various ministries such as finance, defense and justice, made headlines last year when it stopped the Chinese state conglomerate China Resources from acquiring the US chipmaker Micron Technologies in a transaction valued at around $23 billion.