As China looks to gear up towards a high-tech economy, it has set its sights on Germany's well-placed firms. But the rapid rise in foreign investment, stemming in part from the Chinese government, has caused concern. 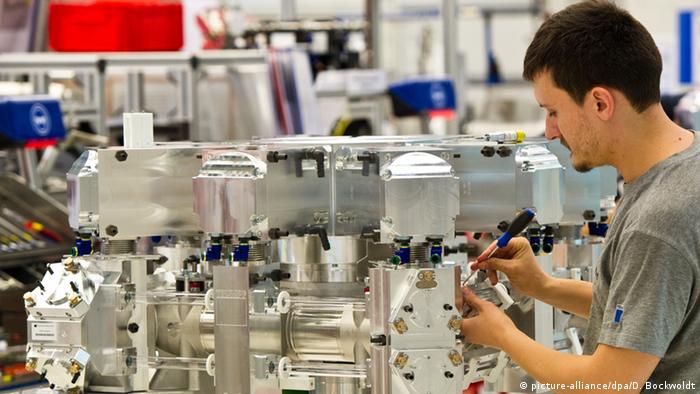 Yi Sun, a partner at Ernst & Young's China Competence Center, has had her hands full. The center advises on investments and acquisitions between China and Germany, and the traffic has lately been heavy, if only in one direction. "We are working day and night for the Chinese," she said.

As China's rapid growth slows, its investors have set their sights somewhere they have often looked past - Europe - in search of desirable acquisition candidates, known as "targets." And Germany, in the center, can be considered its bulls-eye.

If you can't beat them, buy them

In the first quarter of 2016, according to a calculation by German financial newspaper Handelsblatt, Chinese companies have offered 12 German firms $3.2 billion (2.83 billion euros), more than the last five years combined.

Yi Sun emphasizes the high technical standards of German companies, as well as the reputation of their employees to work harder and strike less than their European neighbors, as factors that make them appealing to investors. But Chinese investors are not just interested in any given German company. 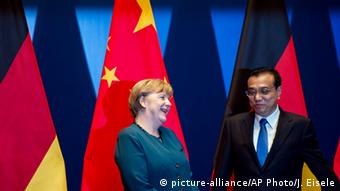 "Germany is the premium target for very specific segments of industry," said Kai Lucks, chairman of the German Federal Association of Mergers & Acquisitions. Chinese investors pursue a niche strategy, he says, searching out the big players in relatively small areas.

For example, Chinese companies acquired in 2012 concrete pump producers Putzmeister and Schwing, placing the global market for such pumps largely in the country's hands.

"The Chinese have always had the problem of having very weak brands that they cannot globalize," Lucks said. The hope then is that mid-size German companies can serve as launching pads for the world market.

The Chinese government has acted as a driving force behind this strategy. Premier Li Keqiang called on state delegates to "create internationally competitive companies," words that were cemented in the country's current five-year plan, approved this year, and its "Made in China 2025" initiative, which targets sectors in which the Chinese economy is in need of improvement.

The automobile and aviation sectors were listed as critical for the initiative, as well as IT and environmental and automation engineering.

EEW, a corporation based in Germany's Saarland region that converts waste into energy, was recently bought by a half-state-owned Chinese firm for nearly $1.5 billion.

And Chinese corporation Midea has been in talks since the end of May with Augsburg-based robot manufacturer Kuka about increasing its share of stocks from 10 to 30 percent. The price tag for such a deal could total up to $5 billion.

The fear of far-eastern finance

But Chinese acquisitions are often accompanied by German fears, for instance about relocation, patent theft and a loss of jobs. The negotiations with Kuka are creating a particular stir, with Germany economic minister Sigmar Gabriel even saying that he would strongly prefer a European offer. China's interest in German tech firms, he said, was not "alarming, but striking."

Yi Sun is working to assuage such concerns. "We haven't seen any relocation of production whatsoever among our customers," she said. The times in which a factory can be taken down and built back up in China are gone. "Today, one buys the staff for its skills."

Lucks agrees, saying that Chinese investors "have made a 180-degree turn." Chinese investment can even open up big opportunities for German firms - for instance by improving their access to the Chinese market.

The role of the Chinese government gives him pause though, as he worries it may be seeking to extend and concentrate its power. Just recently, state-run agricultural technology corporation ChemChina offered $43 billion to buy Swiss-based Syngenta, which would make it the world's biggest producer of pesticides.

About half of Ernst & Young's customers are private, not public actors, according to Yi Sun. In any case, she will continue to be busy. There are many interesting "targets" in Germany, she said. "I can tell you that in this year a few more well-known companies will be taken over by Chinese firms." German politics and business will somehow have to find a way to get used to it, and fast.