Vietnam artists seek ′liberation′ from cybersecurity law | Asia| An in-depth look at news from across the continent | DW | 18.01.2019

Vietnamese authorities have recently passed a law requiring social media censorship of "anti-state" content. Dissident artists and activists fear that their space for expression and protest will soon vanish. 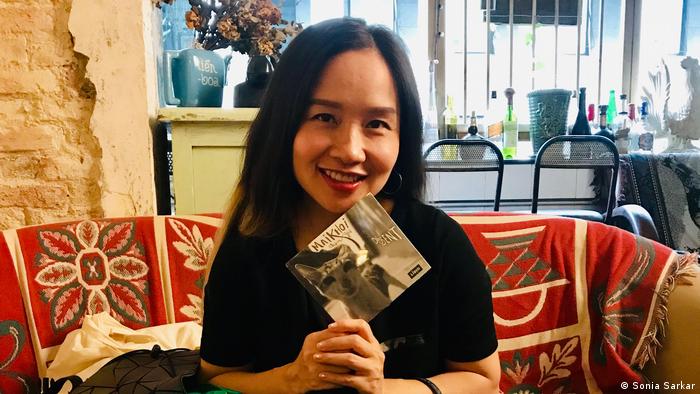 Mai Khoi (pictured above) is not afraid to push boundaries in her native Vietnam. The 35-year-old musician is known for criticizing the country's communist government and has built a large following on social media. Her latest album "Dissent" features titles like "Cuffed In Freedom" and "Re-education Camp."

"Re-Education Camp highlights how the communist government forcibly puts people into jails and controls free speech. It also suggests that the people who created these camps should be in jail," she said.

However, artistic protest is risky in Vietnam. In March 2018, Mai Khoi was detained for eight hours at Hanoi airport by Vietnam's immigration authorities after returning from a tour in Europe where she promoted her album.

"Look at this cat," said Khoi pointing to the album cover. "She is alert and anxious, just as we are in this country because we never know who is snooping on us."

And Khoi has a new reason to be anxious. On January 1, Vietnam enacted a new cybersecurity law that requires internet companies to remove content the government deems subversive, and bans users from posting "anti-government" content that could "cause harm to national security, social order and safety." 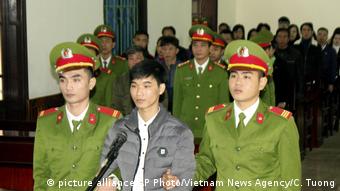 A new wave of censorship?

According to the law, Vietnam's government can force technology giants such as Google and Facebook to hand over personal information of account holders, store user data and to censor anti-government posts.

On January 9, Reuters news agency reported that Vietnam's Ministry of Information and Communication accused Facebook of violating the law by allowing users to post "slanderous" anti-government comments. Facebook reportedly has yet to respond to the ministry's request that the posts be removed.

Hanoi keeps a close eye on its critics by tapping their phones, sending spies to private gatherings and intimidating artists who perform abroad.  Now social media, once a safe haven for artists to express their opinions and protest the government, is coming under state control.

Issues in Vietnam like the assault on free speech, arrests of human rights defenders and criticism of the government's move to sell land to foreign investors, were formerly addressed by protesters on social media. But it is becoming increasingly difficult for them to protest online.

"Online space is a refuge in this repressive state," Khoi told DW. "But this space is vanishing now." 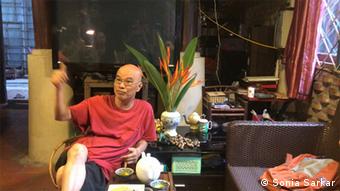 'Last nail in the coffin'

Hanoi-based songwriter Ngoc Dai, who has been censored for his songs with "sexual overtones" and "anti-state" content, uses YouTube to release his music.  He thinks the new law is the worst form of state repression. "It was the last nail in the coffin," he told DW.

Last year, 40-year-old poet Chieu Anh Ngueyn was detained by the police for half a day for protesting against the cybersecurity law.

"The space for free thinkers is shrinking further," she told DW. Nguyen's poetry is popular online for its harsh criticism of the state with prose that expresses contempt toward the "barbarous" who "steal and sell the motherland."

A refuge on social media

For these artists, social media has allowed them to bypass vetting by authorities. In 2007, Mai Khoi couldn't release her song, "Night Flower," because of its language praising a woman's body. In response, she stopped sending her songs to the Ministry of Culture for screening and released them directly on YouTube instead. Her most popular songs on YouTube include the 2014 "Selfie Orgasm."

Similarly in 2013, Ngoc Dai released his album, "Thang Mo 1" (Village Herald 1), without the permission of the authorities because it suggested the state controls how people think. "We have to create a sense of freedom through our work," he said.

Author Nguyen Vien, known for his criticism of the government through novels like "Dragon and Snake," said it is important to talk about "forbidden" things. "It gives you a sense of liberation," he told DW. 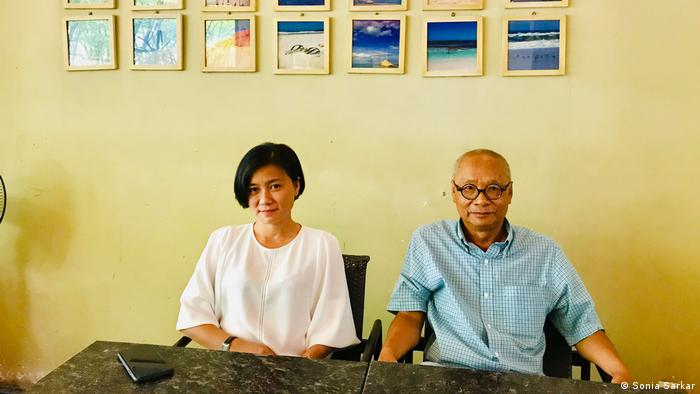 Although social media has made it easier for artists to express themselves, it also exposes them to critics and trolls.

Dissenting artists could also face imprisonment. In December 2018, police issued an arrest warrant for Nguyen Van Trang, a member of the banned group, "Brotherhood for Democracy," for posting articles, photos and videos on Facebook. According to the government, Trang had misrepresented government policy, and incited protest.

Nguyen Vien has a strategy to deal with censorship. He said he would probably use the encrypted network Minds.com if Facebook banned him. Many internet users in Vietnam are meanwhile accessing YouTube through proxy networks. Groups like "The League of Independent Writers of Vietnam" plan to hold more sessions at cafes and members' houses.

Despite the imminent crackdown, Vietnam's artists feel that more dissent is needed to challenge the system.

Nguyen Van Dai, a longtime advocate for democracy, has been released from prison. He has flown to Germany, where he was awarded a human rights prize last year. (08.06.2018)