Is Vietnam sliding deeper into authoritarianism? | Asia | An in-depth look at news from across the continent | DW | 05.10.2018

Is Vietnam sliding deeper into authoritarianism?

Vietnam's Communist Party has nominated a top party leader to simultaneously hold the posts of general secretary and state president. DW spoke with a Vietnam expert about the implications of consolidated rule. 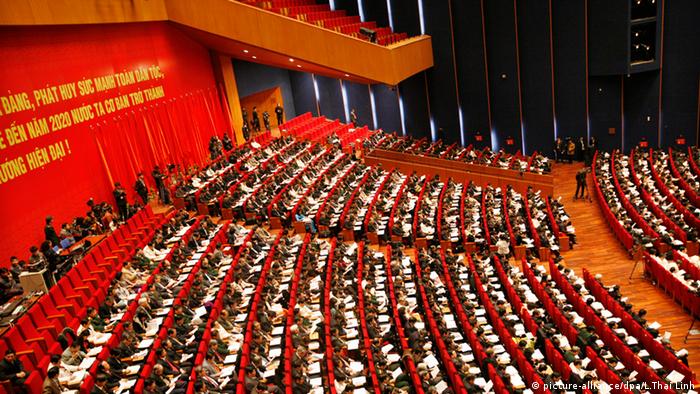 On September 21, Vietnamese President Tran Dai Quang passed away after a long illness.

To fill the vacancy, the Communist Party Central Committee nominated General Secretary Nguyen Phu Trong as the sole candidate for president. With the move, Trong would keep his current post as party leader while also being president.

Putting two major political positions into the hands of one person would elevate the 74-year-old Trong to a level of power not seen for decades in Vietnam. The country's rubber stamp parliament is expected to make the move official when it convenes later this month.

After he is confirmed, Trong's position will be similar to that of Chinese President and Communist Party General Secretary Xi Jinping, who has held both positions since 2013.

Vietnam is a one-party state led by the Communist Party of Vietnam (CPV). Senior members of the Politburo hold four top party-state leadership posts – general secretary of the CPV, state president, prime minister and chair of the standing committee of the national assembly.

Vietnam is at an important political juncture, halfway between national party congresses that take place every five years.

DW spoke to Vietnam expert Carlyle A. Thayer, emeritus professor of politics at the University of New South Wales, about what we can expect from Trong and how the party consolidation will affect politics and society in Vietnam and the country's place in the world. 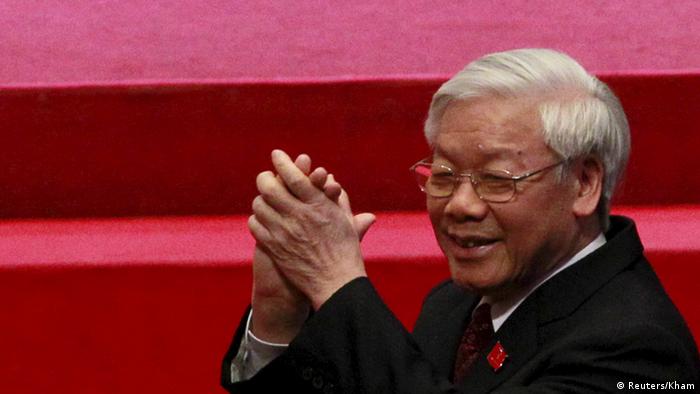 DW: General Secretary Nguyen Phu Trong will presumably soon hold both his current office and that of state president. Were you surprised, and what does this mean for Vietnam's political system?

Carlyle A. Thayer: I was surprised by the swift and unanimous decision by the Central Committee to approve the appointment. In April 2016, after the last party congress, Tran Dai Quang was appointed president. Within 18 months, it was clear he was terminally ill.

During this time period the idea resurfaced to follow the Chinese model of combining the presidency of the country with the office of general secretary. As you know, Xi Jinping occupies both simultaneously, but Vietnam has always rejected this model. Vietnamese leaders are generally risk-averse. Their default position is to support evolutionary change and maintain political stability.

If Trong indeed becomes simultaneously president and general secretary, which is highly likely as the National Assembly has approved all such nominations since 1992 with only two exceptions, he will hold these offices at least until the end of his term at the next party congress in 2021.

What do you think led to the decision to combine the two offices?

It appears to be an ad hoc arrangement. New reports suggest Trong was initially reluctant to occupy two positions, suggesting this was not a power grab. The decision was made for pragmatic reasons.

What can we expect from one person holding both offices simultaneously?

To date, dispersing power between the party and the state has provided a modicum of checks and balances in an otherwise authoritarian system.

What we're witnessing will weaken, if not erode, the informal system of checks and balances that has been in place since the adoption of the constitution of the Socialist Republic of Vietnam in 1992.

Since then, Vietnamese leaders have repeatedly declined to merge these two offices because of the fear that one person would accumulate too much power. When Ho Chi Minh was still alive, he had the title of chairman and stood above all this.

By combining these two posts, Vietnam will be able to interact more efficiently with external partners as well as with China.

Vietnam is also experiencing a period of malaise caused by rampant corruption and general state inefficiency in attaining long-term socio-economic goals. A strong leader is viewed as an antidote for this situation.

How much power will Nguyen Phu Trong actually wield?

Since the last party congress in 2016, the party general secretary has emerged as a first among equals, meaning the position is currently the most powerful of the four top party-state leadership posts.

Although the president has no real substantive powers, he has personal influence rather than official influence.

Combining the office of state president with that of CPV general secretary will result in the unprecedented intrusion of the party leader into state affairs. He will have unbridled opportunity to advance protégés into key positions in the government and military as well as to create a network of loyalists.

The constitutional stipulation that the president must seek the approval of the national assembly will not be an effective bar on power. 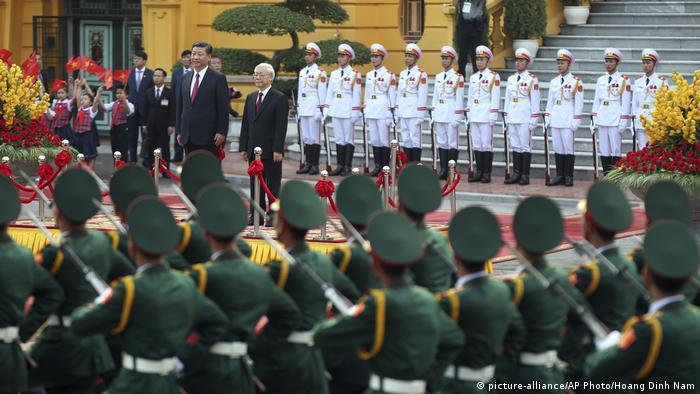 What agenda will Nguyen Phu Trong pursue once he occupies both posts?

Trong's agenda is quite clear. He will step up the anti-corruption campaign and continue efforts to weed out incompetent or degenerate members of the CPV and state institutions. He started these efforts as general secretary when he was elected in 2011.

Does the political shakeup have any ramifications for the free trade agreement between Europe and Vietnam, which is expected to be signed by the end of the year?

Vietnam has a massive trade deficit with China. Given these circumstances, Vietnam would do anything to get a free trade agreement, and not let human rights or the kidnapping derail it.

Carlyle A. Thayer, emeritus professor of politics at the University of New South Wales is a leading expert on Vietnam's Communist Party.

A German court has sentenced Long N.H. to four years in prison for helping Vietnam's secret service abduct a former executive in Berlin. Ex-oil boss Trinh Xuan Thanh has since been sentenced to two life terms in Hanoi. (25.07.2018)

A court is hearing testimony in the case of a suspect accused of helping abduct a Vietnamese businessman in a Cold War-style kidnapping in Berlin. Experts say this is a case of all-too-common espionage. (24.04.2018)

WEF in Vietnam: The tiger leaps

The World Economic Forum on ASEAN countries has begun in Vietnam — a fitting host given its status as the fastest-growing economy in Southeast Asia. Manuela Kasper-Claridge reports from Hanoi. (11.09.2018)