Exiled Thai activists fear for their lives in Southeast Asia | Asia | An in-depth look at news from across the continent | DW | 12.08.2019

Exiled Thai activists fear for their lives in Southeast Asia

After years of exile in Laos for lese-majeste violations, the Thai protest band Faiyen arrived in France, seeking asylum and singing songs forbidden at home. The group's escape comes as more activists are disappearing. 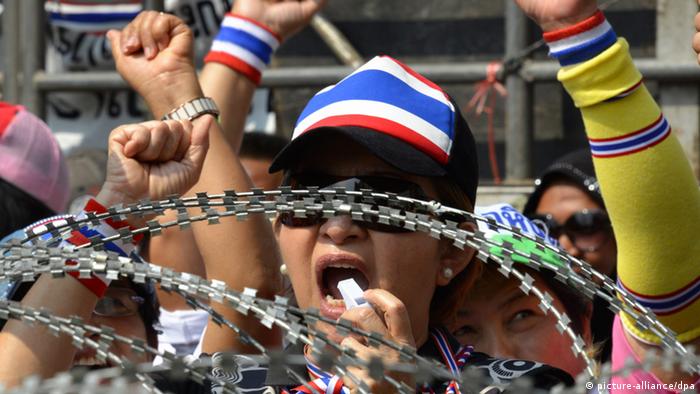 Following the 2014 military coup in Thailand, many dissidents and activists fled to neighboring countries amid threats of persecution and violence. After leaving Thailand, some of these exiles mysteriously disappeared.

A self-exiled Thai protest band, Faiyen, had been living at a hideout in Laos for five years. The band's members said that they feared for their safety, and worried about being added to an increasingly long list of disappearances.

They took to social media to ask for international assistance, and two weeks ago, they arrived in France to apply for asylum.

A long process awaits them, but the band is ecstatic that they will now be able to carry on with their activism. In Thailand, speaking out against the Thai monarchy is punished severely under an oppressive lese-majeste law, which prohibits defaming, insulting or threatening the Thai royal family. 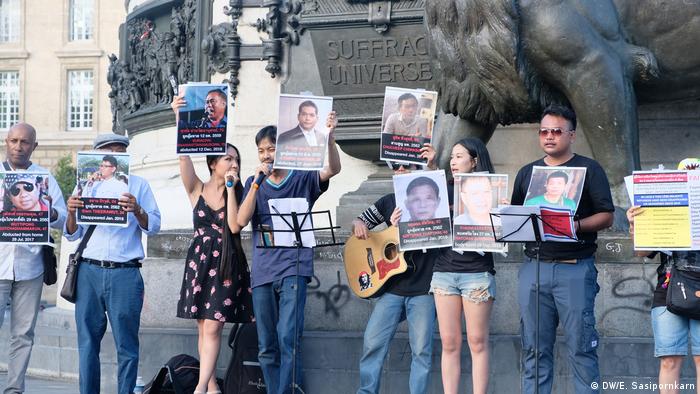 In August, Faiyen performed in Paris for the first time in five years

Sing a song of freedom

To celebrate their newfound freedom, the band led a handful of supporters to stage a protest in front of the Thai embassy in Paris on August 8. The protest shed light on what activists said are brutal murders and forced disappearances of their fellow exiled activists in Laos.

Since 2016, at least eight exiled Thai activists are thought to have vanished while living in Laos to escape lese-majeste charges in Thailand. Only two have been found — their bodies were discovered in the Mekong river near the Thai-Laos border in December 2018.

"We must tell the people in Thailand that these men also fought for everyone's freedom, and  fought to demand the return of sovereignty from the 2014 military-coup dictatorship back to the people," Faiyen band member Nithiwat "Jom" Wannasiri told DW during the band's protest in Paris last week.

After the protest, Faiyen performed at the Place de la Republique, its first street performance since escaping Thailand.

"Once we are in a country with more freedom and democracy than Thailand, we are able to sing, we are free to use music to communicate," band member Romchalee "Yammy" Sombulrattanakul told DW.

The band livestreamed the performance. Their songs have scathing lyrics that take a stab at Thailand's military and royal family. Despite the language barrier, French bystanders were supportive of Faiyen's cause. Some people told DW that they were glad to see people speaking up and fighting for their rights.

Not every Thai dissident is as fortunate as the members of Faiyen. In May 2019, three Thai activists — Chucheep Chiwasut, Siam Theerawut and Kritsana Tupthai — went missing after reportedly being arrested in Vietnam. Their fate remains a mystery.

Some reports said the three were transferred to Thailand after trying to cross the border from Laos into Vietnam using fake passports. But there has been no acknowledgement of their arrest and detention from either Bangkok or Hanoi.

Siam Theerawut's mother, Kanya Theerawut, is desperate for news of her missing son. The family's attempts at locating him hit a dead end after Vietnamese authorities informed them that they have no record of the three dissidents entering the country.

To make matters worse, Thailand's human rights commissioner, Angkhana Neelapaijit, who had been assisting the family, resigned from her position on July 31.

Theerawut, who last spoke with her son in January, does not know which way to turn, and fears that her son's disappearance will become a forgotten statistic.

"I will continue fighting. I will find my son," Theerawut told DW. She said that relatives of the other two men were intimidated into silence by so-called "attitude adjustment," a technique used by Thailand's military government to silence critics.

Thailand's Foreign Ministry spokeswoman, Busadee Santipitak, told DW there was no information to share about the missing men.

The frequency of dissidents disappearing is part of a worrying trend of Southeast Asian governments silencing critics and quashing dissent. 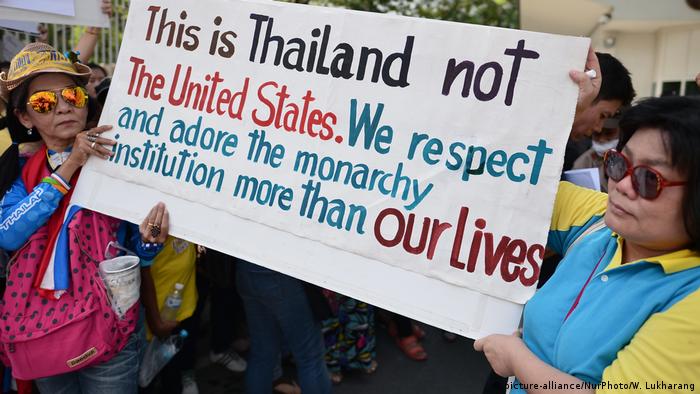 On May 10, a Thai anti-monarchy activist, Praphan Pipithnamporna, was extradited from Malaysia, where she had registered as an asylum seeker with the United Nations High Commissioner for Refugees (UNHCR), following a request for her deportation.

Thai authorities also help neighboring governments deal with exiled dissidents. For example, Rath Rott Mony, a prominent critic of Cambodia's government, was deported from Thailand in December 2018 at the request of Cambodian authorities.

In another case, Truong Duy Nhat, a Vietnamese blogger for Radio Free Asia, disappeared in late January in Bangkok after seeking political asylum. Two months later, he reappeared in a Hanoi prison.

"What's clear is recognition of political asylum, and protection of asylum seekers and refugees, has plummeted among Southeast Asian governments during the past five years," said Phil Robertson, the deputy Asia director for global rights watchdog, Human Rights Watch. Robertson stressed that Thailand has been "particularly problematic."

"The only way to halt this practice is to raise the political cost to the governments," said Robertson.