Opinion: Thailand′s democratic dictatorship | Asia | An in-depth look at news from across the continent | DW | 06.06.2019

Although Thailand's military junta has now been formally elected into office, its hold on power shows that the country's politics are a tangled hybrid of democracy and authoritarianism, says Pravit Rojanaphruk. 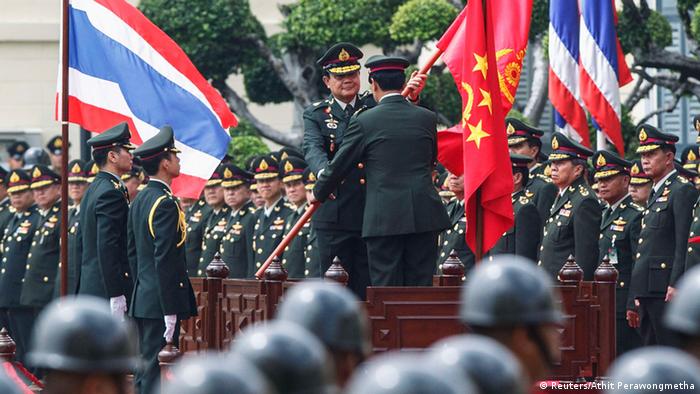 When most people think of Thailand, beaches, sun and smiles come to mind. But this idyllic scene takes place amid political repression and a dictatorship.

In May 2014, Thailand came under military rule after a coup led by General Prayuth Chan-ocha ousted the caretaker government led by Yingluck Shinawatra. Prayuth made himself prime minister, and has ruled Thailand ever since at the head of an authoritarian military junta.

And after the junta's victory in Thailand's 2019 elections, this military rule has gone hybrid. General Prayuth is no longer a self-appointed strongman, but rather a democratically elected prime minister.

The good news is that direct military rule is coming to an end, but the political situation has become more complex and perplexing. In the words of one junta-appointed senator, it is a "democratic dictatorship." 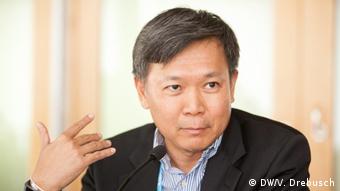 Pravit Rojanaphruk is an outspoken critic of Thailand's military junta

This sounds like an Orwellian oxymoron, but the Thai military junta has been adept, as well as shameless, in tailoring a cloak of legitimate democracy to disguise its authoritarian rule over the past five years.

The Thai junta solidified its long-term hold on power by executing a calculated and meticulous plan. It began by staging a coup that exploited a volatile and deeply divided political environment. Then the junta appointed lawmakers to draft new rules for a military-sponsored constitution.

Importantly, this constitution included election rules that restricted public opposition to referendums, and allowed for arrests under dubious sedition clauses. Political activities were restricted, and the assembly of five or more people was forbidden. Political opponents of the junta could be detained without charges for up to seven days.

Then the junta put together a rubber-stamp parliament to approve the selection of military-approved election commissioners. It also formed a proxy, pro-junta political party, the Palang Pracharat Party.

Palang Pracharat, under the constitution, is allowed to send its 250 Prayuth-approved senate members to comprise half of the 500 members of the lower house of parliament to select the prime minister. In Thursday's vote, all of these senators voted for Prayuth. This included the general's younger brother, Preecha Chan-ocha, who cast his vote on live television in an epitome of nepotism.

A rigged election is better than none

Now that Thailand has an "elected" government and "elected" prime minister, Prayuth will no longer have the same level of absolute power. The junta's ban on public gathering was also lifted before the March elections and a functioning political opposition is developing. These are all signs of hope.

However, the line between democracy and dictatorship in Thailand is becoming very blurry. Dozens have fled the country since the 2014 coup to seek political refuge in Europe, the US and elsewhere in Asia. These dissidents were either critical of the junta or the king, and at least two have been killed by unknown assailants, and four people have simply disappeared.

Read more: In a 'bizarre' referendum, Thailand votes on a hybrid democracy

And if the army continues to act like a state within a state, the state of democracy in Thailand will continue to be far from normal. Prayuth has succeeded in transforming himself as an elected leader in a semi-democratic system.

The junta's self-appointed senate will have a five-year term, and since the term for prime minister is four years, Prayuth, or his chosen successor, could quite possibly be ushered in to office for a new term.

The junta has set itself up for perpetual power. This military democracy will probably not spoil the view for tourists, but the political outlook for the Thai people may not be as sunny.

Pravit Rojanaphruk is a well-known Thai journalist and senior staff writer at Khaosod English online news. In 2017, he received the CPJ Press Freedom Award and he has twice been detained for criticizing the Thai military junta.