Thailand's constitutional court has dissolved a major opposition party, days before its people elect a new government. It's a decision in favor of the military and the royal family, says Rodion Ebbighausen. 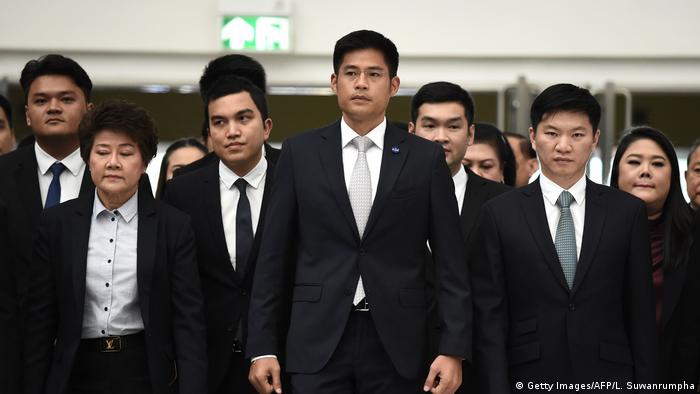 Thailand's opposition has made a serious mistake. By engaging in a risky maneuver to come to power, it has squandered almost all of its chances in the upcoming parliamentary elections, which are scheduled to take place on March 24. On Thursday, the Thai Supreme Court dissolved the opposition Thai Raksa Chart party.

In Thailand's deeply polarized political landscape, two camps have been engaging in a bitter power struggle for almost 20 years. On the one side is the populist movement spearheaded by the Shinawatra family, which has won every election in Thailand since 2001.

On the other side are the military, the royal family and conservative sections, which have not been able to win elections for years, but have driven their opponents out of office with the help of the military or the courts. The last coup against the Shinawatras took place in May 2014. After months of violent street protests, the military ousted Yingluck Shinawatra, the prime minister at the time, and took over the government.

In the years that followed, the military worked to revamp the political system in such a way that it would rule out the return of the Shinawatras to power. This included the new constitution of 2016, which was passed in a referendum held under dubious conditions.

The new constitution has altered the electoral system so much that it has now become more difficult to win a large majority in parliament.

It also creates unequal conditions in parliament and in the appointment of the new executive: the Thai National Assembly (parliament) with a total of 750 seats appoints the new prime minister. It consists of 250 senators and 500 deputies. The latter are elected by the people. But the 250 senators are selected by a committee appointed by the military government. This means that even before the elections are held, the military government will have a lead of 250 seats.

In view of this difficult situation, the Thai Raksa Chart, which can be attributed to the Shinawatra camp, nominated Princess Ubolratana as its prime ministerial candidate at the beginning of February. 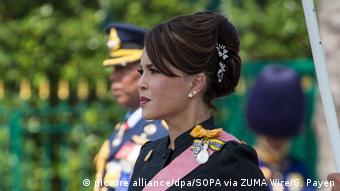 The calculation behind it: Unlike her brother, King Maha Vajiralongkorn, the princess is popular and respected. She could have mobilized enough voters to compensate for the disadvantage of the opposition and given the Shinawatra camp a majority in the National Assembly.

For a moment, the new power architecture that was carefully prepared by the military junta began to falter. But in the evening of the same day, the king stepped in and declared his sister's nomination as unconstitutional. That was a heavy blow for the opposition.

With today's court verdict, the power struggle has finally been settled in favor of the military and the royal family. One of Thailand's major opposition parties was dissolved two and a half weeks before the parliamentary elections, and the opposition will not recover quickly from this blow. Due to the lack of alternatives, the upcoming elections are only sham elections, with a clear outcome: the military government will prevail. The "return to democracy," repeatedly invoked by the junta, has finally proven to be a farce.

A moment of shock for Thailand's military

On Friday, there was a chance that the military junta in Thailand would lose power following Princess Ubolratana's announcement to contest polls. But after the king's decree, the military's position is better than ever. (11.02.2019)