Five years after the military junta took power in Thailand, new cyber laws may worsen the ruling party's crackdown on freedom of expression. DW spoke to Pravit Rojanaphruk about the threat to media freedom. 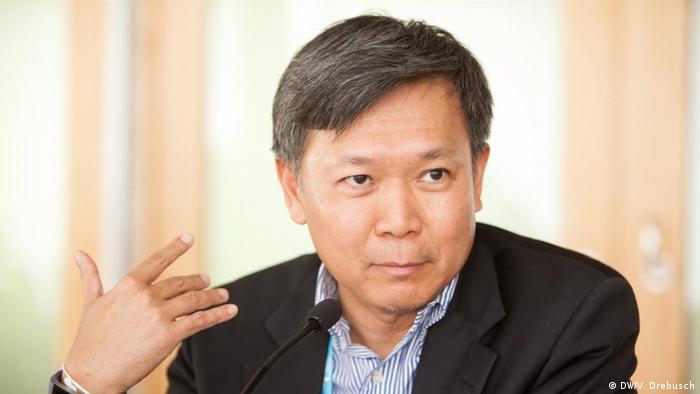 A Thai journalist and recipient of the 2017 International Press Freedom Award, Pravit Rojanaphruk has faced detentions, the loss of his job and charges of sedition since the military junta took power in Thailand in 2014. DW Freedom spoke to Rojanaphruk, who currently writes for the Bangkok-based news website Khaosod English, about his experiences and what the future holds for journalists in Thailand.

DW: You were arrested by the military junta shortly after the coup in 2014. How has your situation developed in the last five years?

Exactlythree days after the coup — which took place on May 22 — I had to report myself to the military junta. They passed an order and broadcast it on television and radio nationwide that those whom they considered their enemy, people on the other side of the political divide and critical of them, if not against them, could be detained. I was detained without charge for a week before being released.

Back then, I used to work for The Nation newspaper which is a Bangkok-based English language newspaper. A year after that, in September 2015, they ordered me detained without charge again. The second time around was quite different. I was held in solitary confinement for two nights and three days. The day after I was released, The Nation asked me to resign. Understandably, they probably did not want to be subject to more pressure from the military regime. My career, which had lasted for about 23 years, ended back in 2015.

Was your arrest and detainment based on reporting that you had done previous to the junta taking power?

I'm quite active on social media, on Facebook and particularly on Twitter. After the first detention, which lasted a week, I received a phone call from one of the colonels from the army and they literally asked me if I, in a very polite way, could stop tweeting. I think that speaks volumes about how they see the power of social media. And subsequently during my second detention, while being interrogated for six hours, they literally told me in a very explicit way that if it was 20 years ago, your column (which was in English) would have been read by a few thousand people. Now, when you tweet (I express myself both in Thai and English), it just goes viral.

During my first week of detention back in 2014, I had to leave my smartphone at the U.N. Office of the High Commissioner on Human Rights, or UNCHR, because I didn't want them to go through everything. I left it there knowing that they cannot force the U.N. But for that whole week, I did not tweet because I was inside a military camp. I got six thousand new followers on Twitter without tweeting. 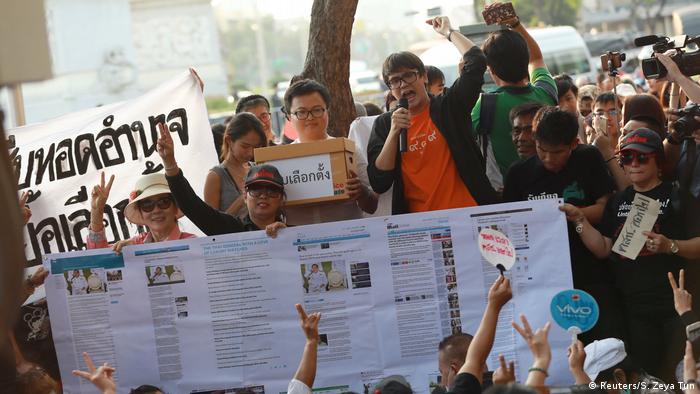 What's the situation for journalists in Thailand like at the moment?

The junta has appointed its rubber-stamp parliament, which is still in power as we speak until a new government is installed. It has just passed a new cyber law which would enable the National Security Council, a government body heavily populated by military personnel, to seize smartphones and computers if they deem that someone is a cyber threat to the state. This is a new law which means that when I go back to Bangkok and they assume that I am a threat to them, an officer could come and literally confiscate my smartphone. If I happen to have had a conversation which is breaking the law such as the lese majeste law which prevents people from defaming and criticizing the king and carries a maximum imprisonment term of 15 years, then I could be charged. They are increasingly paranoid about the use of social media.

But Thailand is not China. In China, they have literally done away with Facebook and Twitter. While China is big enough that the West needs to trade with them normally — even though Facebook is not allowed there, even though Deutsche Welle is not allowed there — the German government has a normal relationship with China, with trade and everything. Thailand, being a much smaller country, is heavily dependent on the service industry, particularly international tourism. I don't think the government can do away with Facebook or Twitter in Thailand because that would affect a lot of tourists who come to Thailand and want to check in with their friends.

Read more: 'Freedom of expression is an essential right'

A lot of the sub-current, both pro- and anti-government narratives and expressions are being made on social media. Unfortunately, with the slow decline, if not death, of traditional mass media, their role as a gatekeeper of what people ought to read or can read is being compromised if not diminished by the growth of social media.

Like many countries in East Asia, we have very active social media users in terms of the number of the population. This is a new area but at the same time we have hate speech, which is a growing concern. We see countries like Myanmar where social media has been abused to generate hate speech against the Rohingya Muslim minority. It is a new frontier.

Maybe the German philosopher [Jürgen] Habermas' term of public sphere could be applied. I think social media is a new public sphere. There are pros and cons, good and bad. But I think the public, including journalists, just have to learn how to use it in a positive way.

Listen to a 2015 interview with the journalist, recorded shortly after the crackdown began.