Most South Africans look forward to the Christmas period, when families, friends, workmates and members of the community gather to eat and make merry. But this year, COVID-19 has once again put a damper on festivities. 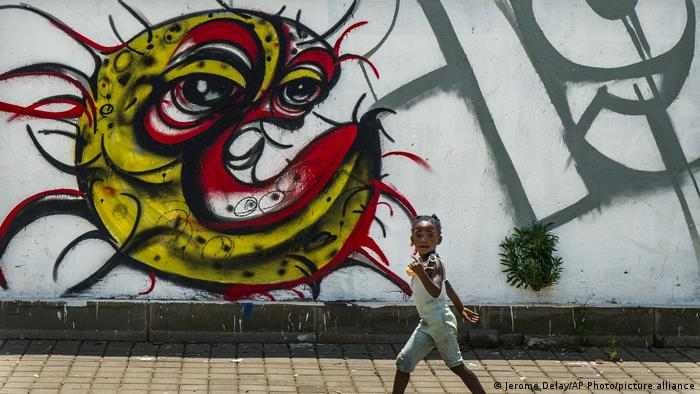 For most South Africans, Christmas wouldn't be Christmas without the chance to put on new clothes and party through the night.

But the omicron variant of the coronavirus has put a damper on the feeling of anticipation and the frenzy which usually precedes this day.

Smangele Zulu from Soweto said that originally she had exciting plans for the holiday, but they were thwarted by omicron.

"For me it's a black Christmas because we don't have anything. It's just poverty. COVID makes it worse," she said, calling for caution.

"It would be fair for us to stay at home, so that we minimize the number of infections." 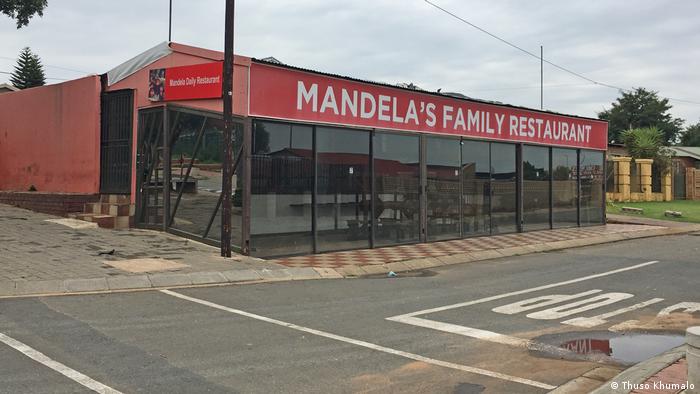 Restaurants are deserted in Soweto, Johannesburg, during the latest lockdown

Like many others, Nhlanganiso Zikode decided to completely ignore the approaching holiday. In 2020, he had planned to go out with friends and have the celebration of a lifetime. But, at the time, reality struck in the form of stricter restrictions when the delta variant started to spread.

With omicron also spreading like a veld fire this year, Zikode said he will not waste his time planning ahead.

More than just Christmas celebrations have been affected by omicron. Shaka Zulu makes and sells a variety of products adorned with cow skin on Vilakazi Street in Soweto, Johannesburg. The street is frequented by tourists who come to see the house where South Africa's freedom icon Nelson Mandela once lived.

Zulu told DW that business was starting to get better earlier this year, when omicron suddenly struck a few weeks ago. There are no more tourists now.

"Things are bad. Two, three weeks, four weeks, a month, five weeks without making a sale. Nothing!" he complained. "You can't make a simple sale." 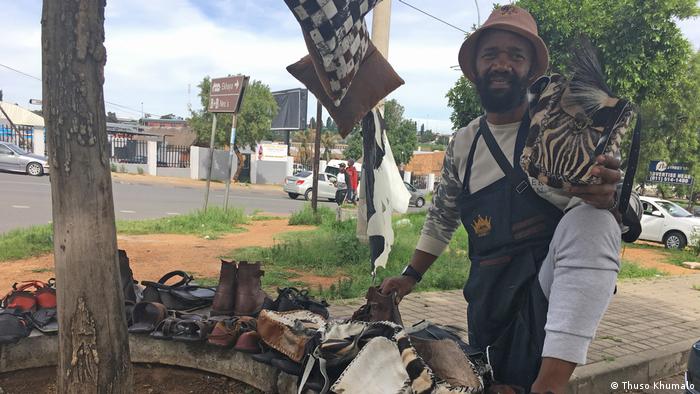 Not scared of COVID

Thabiso Mbongo, a football fanatic who plays in the township leagues of Soweto, isn't scared of COVID.

He believes that the coronavirus doesn't exist, and described omicron as a scare tactic by the government which is trying to make people behave themselves over the festive season.

But because most of his friends fear the virus, he has decided to do a low-key Christmas celebration.

"As you can see, we are not using any mask. I will be me. Follow my heart as always. I will be with my family," he said.

Those who are vaccinated seem to be gearing up for a more joyful Christmas than the unvaccinated.

"Personally, I'm not afraid of corona anymore. Maybe it's because the hype has gone down or that a lot of people around me have been vaccinated. I have taken my second dose and I feel that I'm safe from it," said Sithele Mazwi, an administrator at a private company in Johannesburg.

Relief for the vaccinated

With a mask over her nose and mouth and sanitizer in her hand, Mazwi's daughter, Zamampondo Mkhaliphi, said her Christmas celebrations had already started.

"Now that life is sort of normal, the exciting things that I'm doing are hanging out with my family, travelling, having braais [barbecue parties — Editor's note] and everything. The reason I'm not afraid of the coronavirus anymore is because I had it and I got vaccinated and I'm feeling so much better," she told DW.

According to the World Health Organization, hardly a month after first being described by scientists in South Africa and Botswana, the new omicron variant has now been reported in over 88 countries worldwide. In South Africa, daily infections are averaging at more than 10,000.

Curbs on contacts of people infected with the virus are to be reduced, amid hopes the omicron variant has already peaked. Meanwhile, China has punished officials for the Xi'an outbreak. Follow DW for the latest.

German Christmas markets — before and during the pandemic

Germany is famed for its Christmas markets, most of which were canceled in 2020 due to the coronavirus pandemic. To mark their return, here's a selection of some of the busiest markets before and during the outbreak.