Former President Jacob Zuma is accused of allowing the State Security Agency (SSA) to serve the political interests of the ruling ANC. Big names have been implicated, but will they actually be brought to justice? 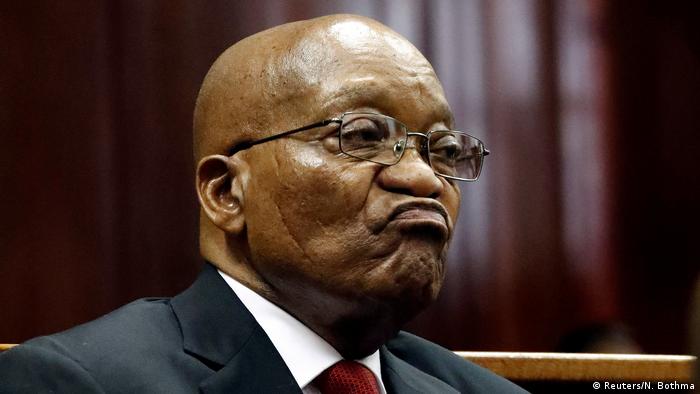 The High Level Review Panel set up by President Cyril Ramaphosa to examine the workings of the SSA — an organization long shrouded in both secrecy and scandal — has finally concluded that the SSA was appropriated and used to wage factional political battles in the African National Congress (ANC) under former President Jacob Zuma's administration. It also describes how the agency became a "cash cow" of sorts for those working both inside and outside the organization.

The SSA has been in shambles over the past 10 years, particularly under the Zuma administration. The agency has been accused of serving the political interests of the ruling ANC, leading to serious concerns regarding national security.

In response to the panel's findings, the South African Communist Party (SACP) has emphasized that criminal charges should be lodged against those who are involved in the abuse of the country's state intelligence services.

"We made a principled call that all of those complicit in the politicization and abuse of our state intelligence, as well as those who participated in mismanaging and looting funds, must be held to account," party spokesman Alex Mashilo said in a statement. "This should include criminal charges as to the highest level possible." 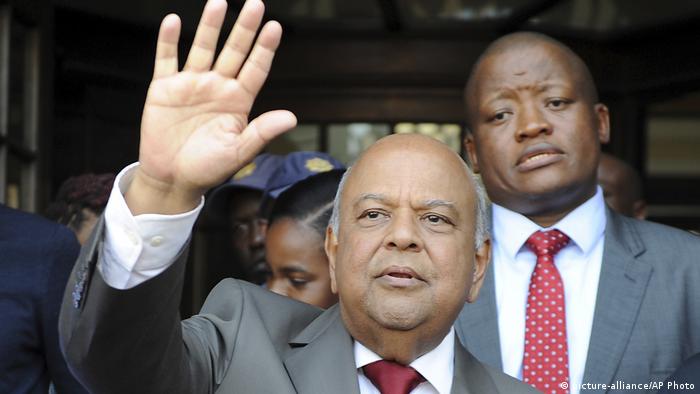 Former Finance Minister Pravin Gordhan has been implicated in the scandal

Former State Security ministers Siyabonga Cwele and David Mahlobo, as well as the agency's former head of special operations, Thulani Dlomo, have been implicated in the report submitted by the panel.

Former ANC member and anti-corruption campaigner, Andrew Feinstein, believes a number of the big names implicated will eventually face justice — including Zuma himself. "It is difficult to know at the moment but Jacob Zuma will be facing trial sometime this year," he told DW.

Fighting 'the rot' in SSA

Zuma took to Twitter to express his outrage at being implicated in the scandal and questioned the committee's bias. "I have never been asked any questions by this committee," he wrote. "This committee has 2 well-known Apartheid spies. I've never sold out, I feel nothing when Apartheid spies call me corrupt. I hope people are not opening a can of worms which they might regret."

Former intelligence minister Ronnie Kasrils — who suspects his signature was forged as part of a corruption scheme to siphon money into the controversial Principal Agents Network (PAN) has long been highly critical of the lack of transparency within the SSA and says Zuma should be the last person to complain about the report's findings.

"He is very much responsible for the rot, because we know now with the Watsons and the Guptas, et al. that it's not just this area," he told DW. 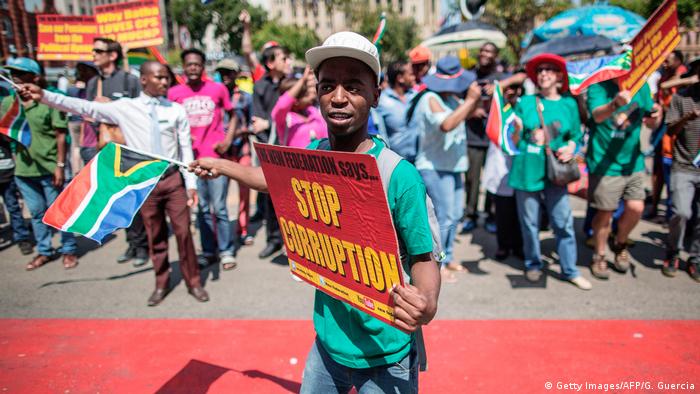 Former Minister of Police and current member of the ANC national executive committee, Fikile Mbalula, also claims he was spied on by rogue intelligence agents.

Feinstein says it's not difficult to connect the dots between political appropriation in the SSA and pervasive corruption in South Africa. "It is crucial that it has come out in the open the extent to which the South African Intelligence Agency was being used extensively to fight internal political battles within the ANC and also playing a very important role in the corruption scandals that have been taking place in a process that has become known as state capture," he told DW.

Read more: South Africa: The rise and fall of the ANC

President Cyril Ramaphosa offered a careful response to the report, telling reporters its contents were currently being discussed within the intelligence community before the implementation of its recommendations. "It is good to be transparent and let these things come out so that we can repair whatever damage has been done in the past," he said "I am really relaxed that we are on a really good and strong path and this is how we continue to build the state."

However, given the number of post-Zuma corruption inquires currently taking place in South Africa, Feinstein is wary of the chances of a satisfactory outcome. 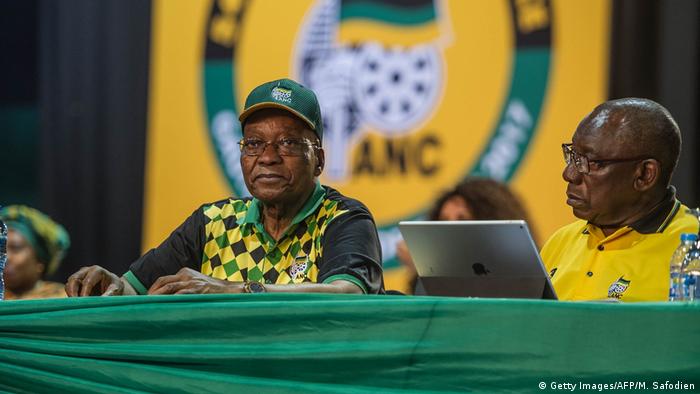 "It's unclear at this point what is going to happen to all of the information that has come out of the various commissions of inquiry that are going on in South Africa at the moment," he says. "Whether in fact the new head of the National Prosecuting Authority is going to turn this evidence into actual charges against very high profile individuals who have been implicated in this and other scandals."

The timing of the report may result in a difficult election for Ramaphosa and the ANC. With South Africans due to head to the polls in just two months, the ANC remains heavily factionalized and unpopular with many would-be voters.

The Democratic Alliance has launched its manifesto for the country's May elections, promising to tackle graft. The party faces a resurgent ruling ANC which has governed the country since the end of apartheid in 1994. (23.02.2019)

As probes into the Gupta family intensify in South Africa, the FBI is reportedly also investigating the Guptas in relation to suspicious cash flows between South Africa, Dubai and the US, according to a newspaper report. (19.10.2017)