South Africa's Jacob Zuma is facing a pivotal battle for his scandal-ridden presidency. There was a time, however, when he was known as a fiery fighter against apartheid and a political prisoner alongside Nelson Mandela. 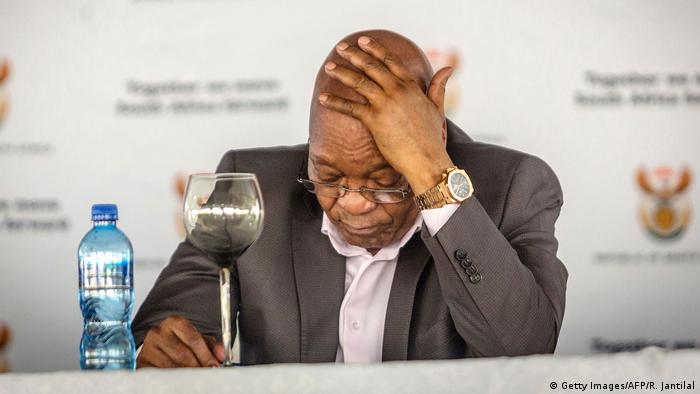 Jacob Zuma has weathered many political storms since taking over as president of South Africa in 2009 — including several no-confidence votes and literally hundreds of corruption charges. Now, however, Zuma appears to have run out of options. After losing the support of his own party, the African National Congress (ANC), the 75-year-old president is reportedly negotiating his exit from power.

Zuma's fall from grace marks the culmination of an extraordinary public career that started many decades ago in rural South Africa. He was born to a working-class family in 1942, in the eastern town of Nkandla. Zuma's father, a police officer from the Zulu tribe, died when the future president was 5 years old.

Zuma said his father's death prompted his mother to return to her parental home in nearby KwaMaphumulo.

"I was supposed to start school there," Zuma is quoted as saying in a 2008 biography written by the South African reporter Jeremy Gorin, "I was about 7 or 8 years old, but my grandfather, whose herdboy had gone off somewhere, asked that I take care of his cattle."

"So, although I was supposed to go to school, I couldn't," Zuma added.

Zuma said he taught himself to read and write during his years as a shepherd by asking other children for lessons and borrowing books.

Zuma's oldest half-brother was an active member of the ANC, then a political movement fighting apartheid and discrimination against black people in South Africa. This eventually prompted Zuma to join the organization in 1959, when he was 17 years old.

In 1961, the ANC started an armed uprising against the regime and Zuma became a member of a military wing of the movement. According to Zuma's biography on the ANC website, he took part in sabotage operations in his native province. He was arrested with dozens of other ANC militants in 1963 while on his way out of the country for combat training.

The apartheid regime subsequently sentenced Zuma to 10 years in prison for conspiring to overthrow the government. He was imprisoned on Robben Island alongside Nelson Mandela and other leaders of the anti-apartheid movement.

After finishing his sentence in 1973, Zuma worked to shore up the ANC's underground movement and bring in new recruits for military training. He left South Africa for fear of arrest in 1975 and spent nearly 15 years in exile. According to a short autobiographical essay that Zuma wrote in the 1980s, he continued to work for the ANC from Swaziland and Mozambique.

Zuma traveled to the Soviet Union for what he called a three-month "leadership course" in 1978 because Moscow provided large financial and tactical support to the ANC.

Pressure mounts on Jacob Zuma to step down

Zuma used both his prison term and his time in exile to expand his education. He reportedly speaks English, Russian, French and Portuguese, in addition to Xhosa, Swahili, and his native Zulu.

"If you are determined to educate yourself, it is possible — I've done it," he said in a 1990 interview. "Without education one is like a warrior without weapons."

By 1987, Zuma worked his way to the top of the ANC's intelligence department and underground operations. The end of the 1980s also saw the apartheid regime starting to shake, with the ANC selecting Zuma, Nelson Mandela and Thabo Mbeki to engage in talks with the government. With Nelson Mandela eventually released from prison in 1990, Zuma became one of the first ANC leaders to return to the country. 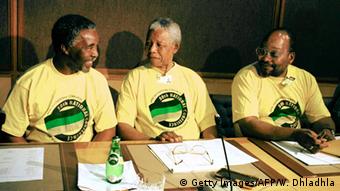 Mandela's election victory in 1994 marked the end of the white-minority rule. By the end of the year, Zuma was voted to one of the top positions within the now ruling ANC. In 1998, he received the Nelson Mandela award for Outstanding Leadership for ending politically charged violence in his native region.

Mandela retired from politics in 1999, handing over the reins to his vice president, Mbeki. As Mbeki moved up to the presidential post, Zuma took over as vice president. It was about this time that reports emerged that he had accepted bribes in a controversial arms deal with a French company. The scandal broke in late 2005, prompting Tbeki to dismiss him as vice president.

Just months later, Zuma was accused of raping a family friend. He was found not guilty in 2006.

Zuma is believed to have more than 20 children with several different women. In accordance with Zulu traditions and South African laws, Zuma is a polygamist and currently married to four wives.

Zuma managed to wrestle control of the ruling party away from Mbeki by the end of 2007. Less than a year after Zuma was voted party leader, Mbeki resigned as president. In April 2009, South Africa's chief prosecutor announced that corruption charges against Zuma were being dropped due to evidence of political tampering.

That allowed Zuma to run for president and win the 2009 vote. His win ushered a presidency marred with numerous scandals involving charges of graft, wasting of public money and ties to the India-born Gupta family.

The bribery accusations have continued to haunt Zuma throughout his presidency, with a court eventually deciding to reinstate the case in late 2017. In December, he was replaced as ANC leader by his vice president, Cyril Ramaphosa. It is now mostly a question of how much longer Zuma will remain president.