President Jacob Zuma was due to lay out the national agenda on Tuesday, and the speech's postponement is a major embarrassment. Many members of his ANC party want recently-elected leader Cyril Ramaphosa to be president. 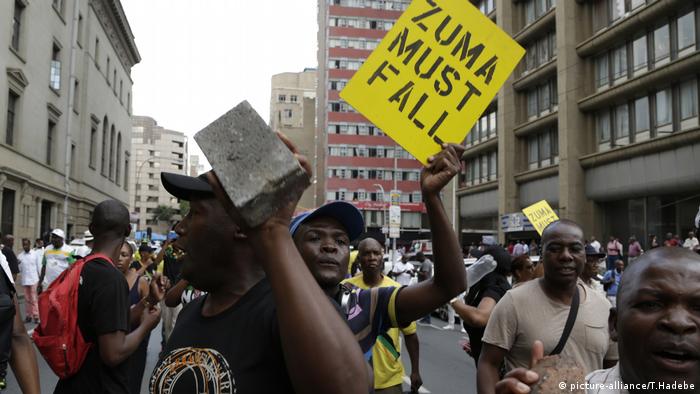 South Africa on Tuesday postponed its state of the nation address that was due to be delivered by President Jacob Zuma in two days' time amid concerns lawmakers would disrupt the speech.

The move reflects Zuma's weakened position as pressure for him to resign over a series of scandals increases.

What ANC officials have said

The decision to reschedule the speech comes following a meeting of six top African National Congress (ANC) officials on Sunday and before South Africa's National Executive Committee (NEC) — the only body with the power to "recall" the president — is due to meet on Wednesday.

Pressure mounts on Jacob Zuma to step down

Opposition parties have said Zuma no longer has the right to address the nation and have called for a vote of no confidence in parliament on February 22. However, the ANC seem to want to deal with the matter themselves through the NEC.

"[Zuma's future] was discussed at a great deal of length. I can say to you that there are different views," Duarte told reporters.

Many ANC members want Cyril Ramaphosa, the new head of the party who was voted in in December, to replace 75-year-old Zuma as president immediately.

'No one will contradict' NEC decision

"Once the NEC has made a decision, no one will contradict that decision," Duarte said.

In a statement on Tuesday, the Nelson Mandela Foundation said that Zuma "must go, sooner rather than later."

"He must go because he has demonstrated that he is not fit to govern. We call on the state to hold him accountable for his actions," the statement said. "Some things cannot be pardoned," it continued.

Zuma's time as president has been plagued by corruption scandals, economic slowdown and growing anger at the once-omnipotent party.

In 2008, former South African President Thabo Mbeki tendered his resignation after being recalled by the NEC.

In his last speech as head of the ANC, South African President Jacob Zuma has admitted people are not happy with the state of the party. The race to succeed him is too close to call. (16.12.2017)

Kenyan President Uhuru Kenyatta has begun his second term in office. Here's how the tumultuous events developed since the election campaign in August. (28.11.2017)