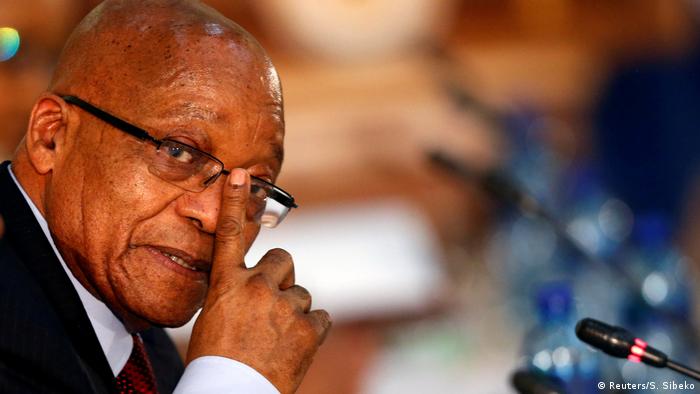 South African President Jacob Zuma's tenure could be all but over by Monday, as top committee officials from the ruling African National Congress (ANC) announced they were holding an urgent meeting on the issue.

Officials confirmed that the ANC's National Working Committee (NWC) had been summoned to meet at the party's Luthuli House headquarters in downtown Johannesburg at 2 p.m. local time (1200 UTC/GMT).

The NWC is then set to decide whether to call a meeting of the party's National Executive Committee, its top decision-making body, to push for a vote on ousting the 75-year-old president.

"Yes, it is happening, it will be dealing with this situation," said one anonymous party member when asked about speculation over Zuma's future. Another said the discussion would focus on the "best interests" of the party and the country.

Monday's meeting comes after overnight talks between Zuma and the ANC's top six officials at the president's Pretoria home failed to secure his departure.

Reports suggest that many in the ANC want Zuma, in power since 2009, to leave office before his upcoming state of the nation address to parliament, which is scheduled for Thursday.

Zuma's tenure has been engulfed by corruption scandals and tainted by economic decline, leaving the president increasingly isolated among the ANC's top-rank officials. Zuma also faces a number court cases, including several related to over 780 payments he is alleged to have received as part of an arms deal before coming to power.

Pressure on Zuma to resign ramped up since December, after he was replaced as party leader by Deputy President Cyril Ramaphosa.

Ramaphosa has been one of the loudest voices calling for Zuma's ouster and is among the favorites to become South Africa's next president.

Ramaphosa was quoted as saying recently that Zuma was "naturally feeling anxious" about the transition of power, but vowed that the process would be handled "very carefully."

Aside from being forced to step aside by his ANC party, Zuma could also leave office either by resigning, through impeachment or by losing a vote of confidence in parliament.

South Africa's parliament is even slated to hold a no-confidence vote against Zuma on February 22, a motion brought forward by the opposition Economic Freedom Fighters. However, several such motions have failed to win enough votes from ANC lawmakers, as it would force members of Zuma's cabinet to also step aside.