The Democratic Alliance has launched its manifesto for the country's May elections, promising to tackle graft. The party faces a resurgent ruling ANC which has governed the country since the end of apartheid in 1994. 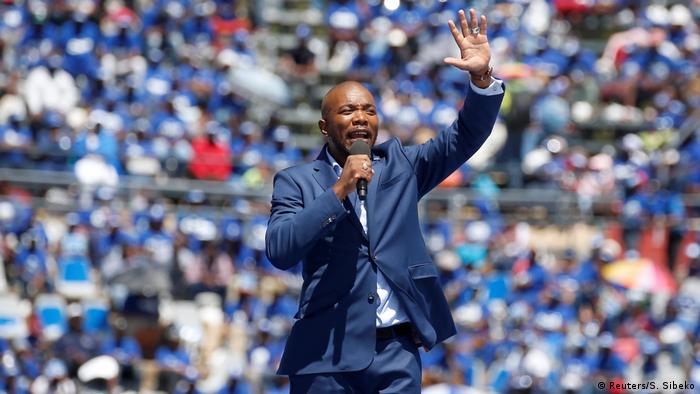 The Democratic Alliance, which controls municipalities in the capital Pretoria and the economic hub of Johannesburg, promised to end the corruption that has tainted the country since the end of apartheid in 1994.

"The South Africa I want to build will have no place for corruption and corrupt politicians," DA leader Mmusi Maimane told supporters at the party's manifesto launch in Johannesburg.

Read more: Massive African finance scandal may get even bigger

"Our [current] leaders realized they could make money out of every job, out of every contract," Maimane added. "It meant a better life for some... and they forgot about the rest of us."

"While too many of our people didn't have water, some were drinking the finest champagne," he told thousands of the party faithful, gathered at the city's Rand Stadium.

Maimane warned his political colleagues: "If you are corrupt, you can expect to spend 15 years in jail," vowing to set up a new anti-corruption unit.

The ANC has comfortably won every parliamentary election since it swept to power under Nelson Mandela in 1994. 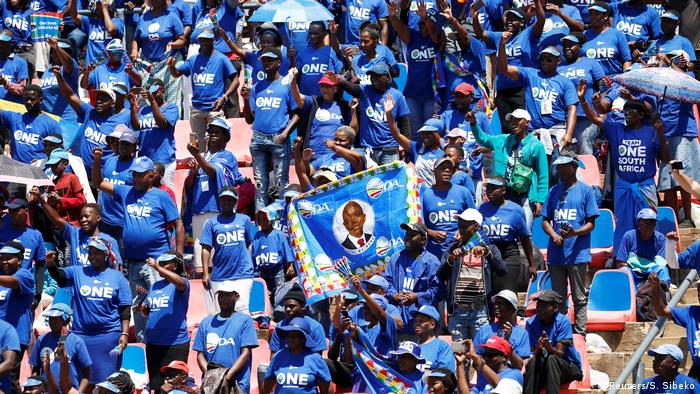 Even so, endemic corruption is still perceived as a major weakness following years of rule by former President Jacob Zuma, who was removed last year after years of corruption probes.

Under new President Cyril Ramaphosa, the party has won back some of its support, after he also vowed to root out graft and boost growth in Africa's most industrialized economy.

South Africa emerged from recession in December but is still dealing with a $30 billion (€26 billion) debt crisis at its state power firm, and stubbornly-high unemployment at 27 percent.

At the DA's manifesto launch, Maimane outlined a pledge to create jobs by offering tax incentives to encourage new business and maximize the manufacturing, agriculture and tourism sectors to build the economy.

"If we can put a job in every home we can transform our society," he said.

Despite attempts to widen the party's appeal, DA is still seen as the voice of white voters and is trying to recover from bitter internal divisions.

In January, DA lawmaker Gwen Ngwenya quit as head of policy, accusing the leadership of not sticking to their pledges on affirmative action.

As well as a resurgent ANC, however, the party could face pressure in May's election from other small opposition groups which are gaining in popularity.

Steinmeier landed in South Africa on Monday for a three-day visit with a delegation of leading German businesses. Ahead of the visit, he praised South African President Cyril Ramaphosa's anti-corruption efforts. (19.11.2018)

South African lawmakers have agreed to amend the law, making way for land expropriation without compensation. Most of the land is still in the hands of the white minority, traditional leaders and South Africa's elite. (06.12.2018)

South African President Cyril Ramaphosa has announced plans to change the country's constitution so farmlands can be seized without compensation. White farmers still own far more land than the black majority. (01.08.2018)