South Africa: The rise and fall of the ANC

The ANC was once seen as a beacon of hope in post-apartheid South Africa. But more than two decades on, the party has been mired in countless corruption scandals and infighting. What went wrong? 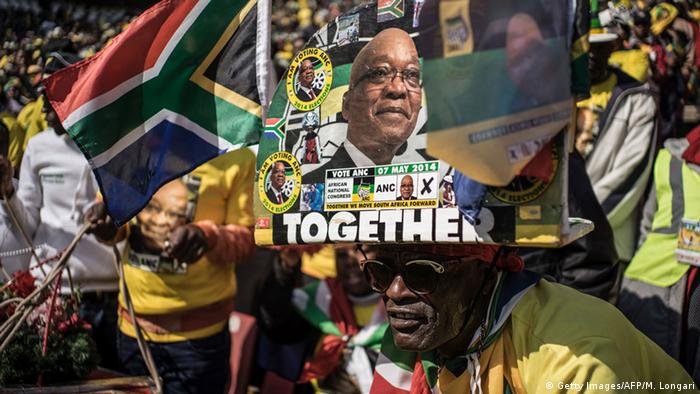 In April 1994, the world watched as the African National Congress (ANC) swept into power in South Africa with more than 60 percent of the vote. Led by political activist Nelson Mandela, the party was viewed as a uniting force for the country, which had for decades been divided by apartheid.

More than two decades on, however, the ANC bears little resemblance to Mandela's vision. Although it remains South Africa's dominant political party, its reputation has been significantly tarnished over the years by numerous corruption scandals, economic mismanagement and frequent infighting.

Now with party stalwart Cyril Ramaphosa sworn in as South Africa's new president, following the reluctant resignation of the embattled Jacob Zuma, attention turns to the legacy of the ANC and why its popularity dwindled so rapidly in the post-Mandela years.

The ANC was founded in 1912 with the main goal of ensuring voting rights for 'coloreds' (people of mixed race) and black South Africans. In 1960 the party was banned by the white South African government, forcing it to operate underground and outside the country.

But in 1990 the government of F.W. de Klerk removed the ban on the ANC and many of its leaders were released from prison – including Mandela, who was inaugurated as South Africa's first black president in 1994. When Mandela left office in 1999 after only five years in power, he recommended Ramaphosa to succeed him. However the post went to Thabo Mbeki, who went on to serve as president for almost a decade. 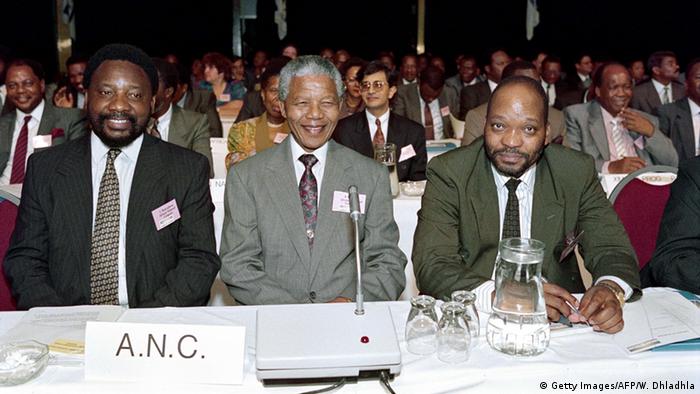 Nelson Mandela (center) sits with future ANC party leaders Jacob Zuma (right) and Cyril Ramaphosa (left) at a conference in 1991. Discontent within the party became apparent not long after Mandela left office in 1999

By 2007, discontent within the party was becoming apparent. In September 2008, Mbeki was asked by the ANC to resign as president following months of discontent to make way for Zuma. Many party members were concerned with Mbeki's leadership style, as South African journalist and author Phillip de Wet explains:

"Over time during his administration, people within the ANC started to talk about how Mbeki was centralizing power around the presidency, how he seemed to be building an imperial presidency," de Wet told DW, "Whether this was true or not, the perception was that Mbeki was taking too much power for himself. Zuma was the antidote to this. He was another charismatic man who was very much liked."

Even though allegations of corruption against Zuma were already out in the open, he was able to capitalize on Mbeki's unpopularity, with many of his supporters claiming the multiple accusations were politically motivated. 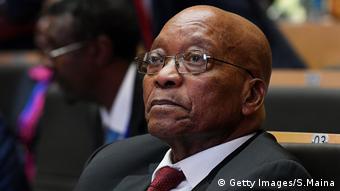 But Zuma was about to face his own popularity problem, as more and more scandals came to light over the years, from spending millions of public money on his own private home, to his alleged financial deals with the powerful Gupta family.

"He's been steadily losing support within the ANC, he's been getting increasingly creative in the ways he clung to power," de Wet told DW.

In the meantime, the party's approval ratings have unsurprisingly suffered – most notably in the 2016 municipal elections where it saw its worst ever result since taking power. With millions still living in poverty and violent crime remaining at a consistently high level, many of South Africa's problems arguably instigated by apartheid continue to remain unsolved by the ANC. And voters are taking notice.

Is Mandela's legacy to blame?

So should we blame the ANC 's downfall on the actions of its recent leaders? Or does the issue go further back? de Wet believes that Mandela's dream of an equal and just society have played a role in creating South Africa's current political situation.

"There is certainly a great deal of anger directed even at the memory of Nelson Mandela today," he told DW, "You'll find that many people now consider Mandela to be a sell-out, someone who, instead of making sure that economic power was taken away from white people, took an approach which allowed the situation that we see today."

However he acknowledges that good leadership over the past decade has also been in short supply:

"I cannot off the top of my head point to any single thing that [Zuma] did and say, 'this was an inspired piece of leadership, or 'this was a problem that he solved.' Zuma spent most of his time in office remaining in office. The time that he did not spend making sure that he would remain in office, he spent undermining some of the fundamental constitutional machinery of South Africa." 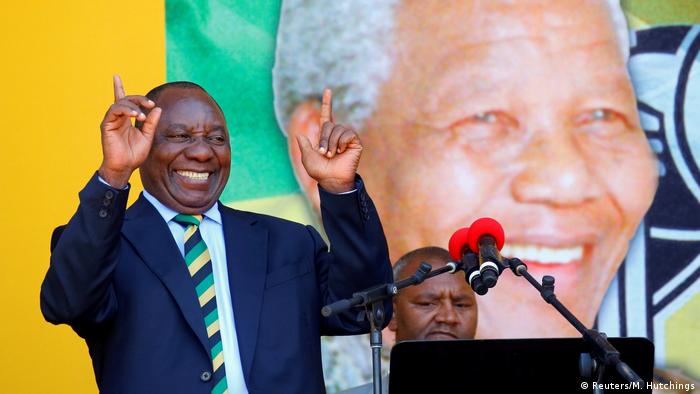 So where to from here? With Zuma officially out of office, Ramaphosa has the opportunity to do some major damage control within the ANC before the 2019 national election.  Despite Zuma's unpopularity, Ramaphosa played it safe when it came to ousting him, likely in an attempt to prevent the ANC from fracturing any further. The majority of South Africans have welcomed his election to the country's top office, with many hoping the new president will create better job opportunities.

Former leading member of the ANC, Dr. Makhozi Khoza, who was forced to resign from parliament last year after speaking out against Zuma, said she's optimistic about the future of the ANC.

"I think all of us should be really trying our best so that South Africa gets back that respectability that we lost during Zuma's tenure," she said, "You must remember that we, as South Africans, have been subjected to nine years of trauma. It's been one scandal after another and we didn't know when it was going to end."

Philipp Sander and Subry Govender contributed to this piece