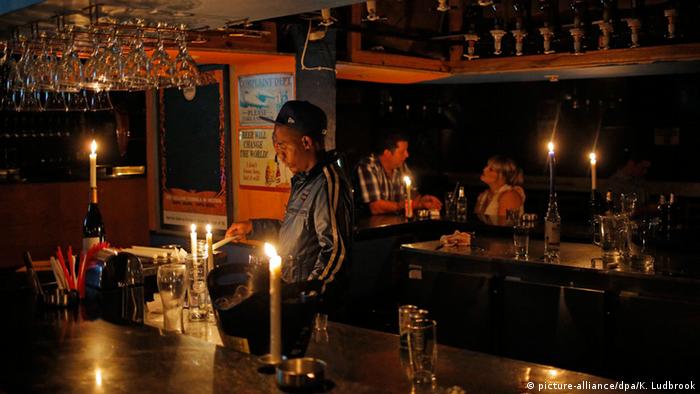 Anger is seething in South Africa following the latest string of blackouts, as the state-owned electricity provider Eskom struggles to meet demand. Almost every day the lights go off  in South African households – often at a time people get home from work and need to start cooking meals. To get by they use candles, stock up on flashlights and keep generators running.

Blackouts are not new to South Africa. The problem occurs mainly in winter, when heaters put an added strain on an outdated electricity system. This year the power crunch peaked in February – summer in South Africa – when six of the utility's units suddenly went off line. Called ‘load-shedding', this is a technique used to ease off pressure from the grid and prevent the system from collapsing. It has resulted in some of the worst outages the country has ever seen. Eskom has had to shut down almost ten percent of its generation capacity in recent weeks to because of construction problems at two new plants and years of deferred maintenance.

The state-owned company, which provides around 95 percent of the country's electricity, is close to bankruptcy. Eskom's spokesperson Khulu Phasiwe admits that the power utility's failure to properly service its power-generating plants is at the root of the problem. "There was a period of nearly six years of backlogs that should have been tackled. This management and the board came when these things were already there. But plans are under way to make sure that maintenance happens", he told DW. Lack of maintenance isn't the only problem though. Corruption and declining sales are threatening the future of Eskom. 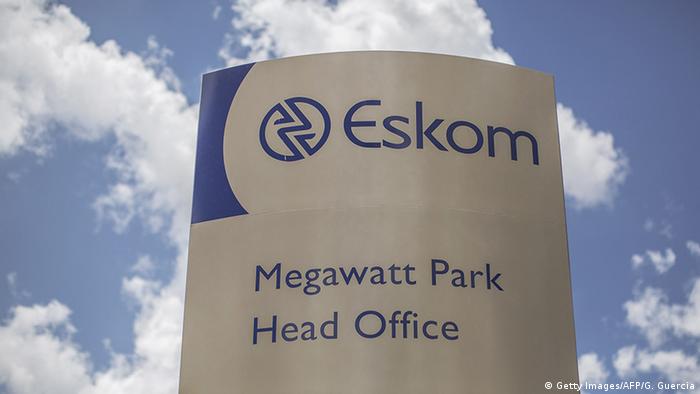 The utility went through repeated board and management changes during the almost nine years Jacob Zuma was South Africa's president. In January 2018, newly elected President Cyril Ramaphosa nominated the latest Eskom board. According to media reports the chaos under Zuma was deliberately orchestrated to make corruption easier for some people to benefit from Eskom's finances.

Experts have also pointed at shoddy work done by inexperienced companies who got contracts through corrupt deals. Other hurdles for Eskom's survival are more than a decade of unreliable supply and surging prices, which are driving consumers and businesses off the grid as the price of renewable energy drops. This leaves Eskom with lower sales and high fixed costs due to the expense of building new power plants.

South Africa plans to bail out the utility and split it into three entities. The aim is to weaken their monopoly of the sector. The Department of Public Enterprises recently revealed that Eskom is technically insolvent and could collapse by April 2019. Its debt has ballooned to over €26 billion ($29.5 billion).

Since they are a constant reminder of governance failure, continuing energy blackouts could well translate into a loss of votes for Ramaphosa, the candidate of the ruling party African National Congress (ANC), in presidential elections scheduled for May. The president said he was shocked by the closure of six Eskom units. "It made me quite angry that we have reached this stage of dysfunctionality", he commented.

Chris Yellands, an expert on energy, told DW: "To put Eskom on a sound footing is a difficult political decision to make for the president in the lead-up to the election." On the other hand, he added, a financial intervention by the government will reduce the need to increase prices. That is a good plan on the eve of elections, since many South Africans are too poor to afford electricity. Especially since "South Africa's strong labor unions resist staff retrenchment and cuts in remuneration, the biggest operating costs for Eskom," Yellands said. 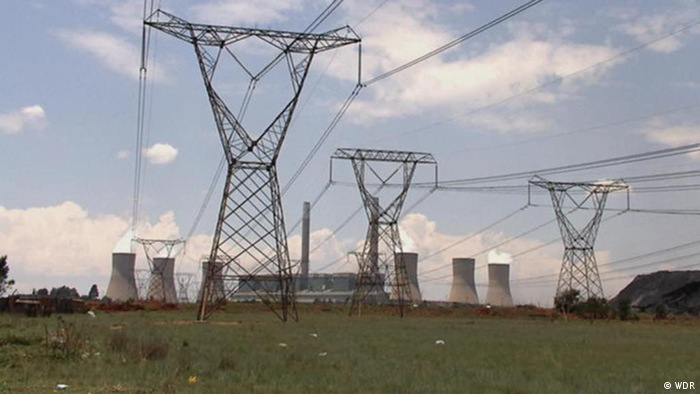 Alternative energies are on the rise in South Africa, but Eskom still relies mostly on coal

President Cyril Ramaphosa and Energy Minister Jeff Radebe are accused by some experts of being behind the Eskom blackouts. They are suspected of wanting to ensure that Eskom is taken over once it is privatized by their in-law, Patrice Motsepe, one of the country's few billionaires. The three of them are related through marriage ties and there is a conflict of interest in the expert Yelland's view. Motsepe denies the intention, saying he does not support privatization of Eskom. "The reality is that there are strong perceptions about this in the minds of many South Africans", Yelland told DW. "But it is not clear yet if this has resulted in any wrongdoing."

Ironing out Eskom's debt could deepen the country's crisis. The Johannesburg-based company poses the biggest credit risk to Africa's most industrialized nation. The rating agency Fitch has warned about a possible downgrade if Eskom's turnaround fails. Other agencies are skeptical as well. The South African Treasury recently announced that it will allocate €1.5 billion a year for the next three years to the power utility to support the operational changes planned.

Rating agencies see this as a positive move, according to Yelland. "Government did not take over Eskom's debt. They provided equity to the business to recapitalize it. They agreed on the first three years, but another seven years of equity injections have been penciled in. We are looking at €15 billion in ten years." This is the only move available to the government at the moment to keep Eskom from going bankrupt, he added.

The financial injection is buying the electricity provider some respite while it is going through a restructuring. The process will take several years, Yelland predicts. "But rating agencies do signal that it is not good enough to just throw money at the problem without solving the underlying issues. They'd like to see more details, because the restructuring plans are very vague."

The country is planning to hold off its nuclear power expansion plans. The government said it will seek to expand wind, solar and coal power capacity to boost lagging supply, as nuclear costs outweigh benefits. (22.11.2016)

Publicly South Africa says it supports renewables, but coal still dominates the energy sector. This doesn't augur well for efforts to help defeat climate change and clean up the environment. (02.12.2015)