Alexander Yakovenko says Moscow would accept the results of the OPCW investigation but only if the process was transparent. Meanwhile, Yulia Skripal released a statement saying that she was growing stronger. 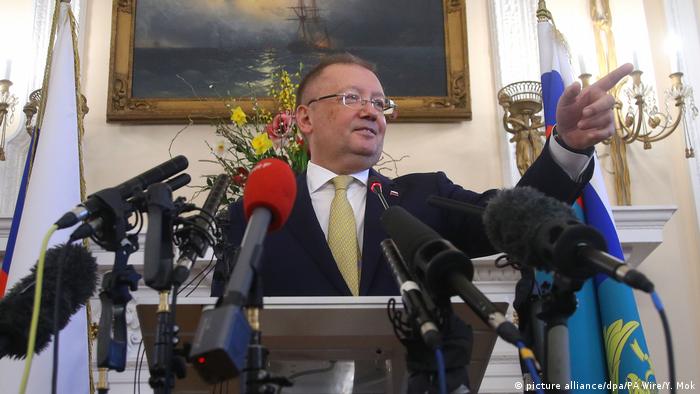 The Russian ambassador to the UK, Alexander Yakovenko, told reporters in London on Thursday that Moscow had no problems with Sergei Skripal or his daughter, Yulia, and wished them a swift recovery.

Yakovenko spent 90 minutes talking on a range of issues, but focused on calling for transparency in the investigation by the Organization for the Prohibition of Chemical Weapons (OPCW) into the March poisoning in the southern British city of Salisbury.

On the OPCW investigation

Yakovenko said Moscow would accept the results of the OPCW investigation but only if the process was transparent and other countries were involved. He said he wanted to know which experts were involved in tests on the nerve agent.

On the OPCW vote

On Wednesday, the OPCW rejected a motion to allow Russia to help investigate the poisoning, with 15 against, 14 in favor and 17 abstaining. Yakovenko said the narrow vote showed London lacked international support and credibility.

On the welfare of the Skripals

Yakovenko insisted that Russia had no problem with the Skripals and that it was concerned that Russian citizens had been harmed on British soil.

"I'm really happy (about Yulia's apparent recovery) and I hope that Sergei Skripal will also recover. I hope that Yulia will one day come back to Moscow,” he said.

"They are just Russian citizens and we are here to defend the rights of those citizens." He then smiled and laughed to himself.

He said it was suspicious that so many Russian citizens had been killed in the UK.

As the press conference was in motion, Yulia released a statement saying her strength was growing and thanking people for their support.

"I am sure you appreciate that the entire episode is somewhat disorientating, and I hope that you'll respect my privacy and that of my family during the period of my convalescence," she wrote.

On a possible visit by Yulia's cousin Viktoria

Viktoria Skripal, Yulia's cousin, has announced she wants to visit Yulia in hospital. Yakovenko said her trip was of her own volition but that Russia had offered her support, transport and accommodation. He called on London to help her jump bureaucratic hurdles for visiting her relative in hospital. He also called for separate consular access to the Skripals.

On the UN Security Council meeting

After the failed vote at the OPCW, Russia called a meeting of the United Nations Security Council for Thursday. "We want to have a good discussion around what's happening around this poisoning in Salisbury,” he said. He hinted that Russia may have new information.

Yakovenko repeated claims that Russia did not have any stocks of Novichok, the nerve agent used in the attack. "We never had it," he said.