The European Union has maintained that Russia is probably responsible for the Novichok nerve agent attack. This comes despite the UK's inability to pinpoint the source of the chemical. 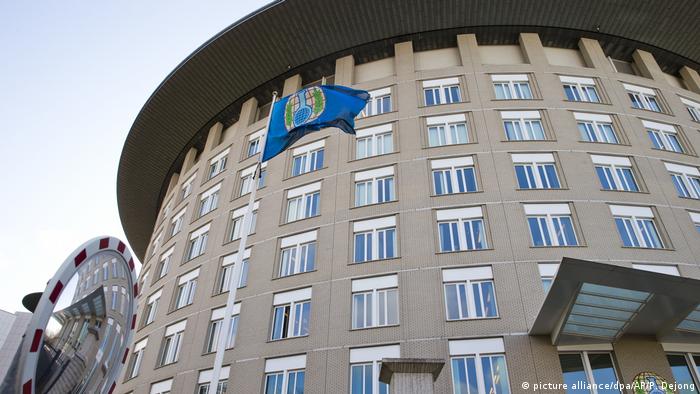 The European Union stood by its belief that Russia was likely behind the Salisbury poison attack in comments at Wednesday's emergency meeting of the world's chemical weapons watchdog.

The meeting at the Netherlands-based Organization for the Prohibition of Chemical Weapons (OPCW) was called after British scientists admitted they could not specify that Russia was the source country of the nerve agent used against former Russian spy Sergei Skripal and his daughter in the English town of Salisbury in March.

Russian President Vladimir Putin said on Wednesday he did not expect an apology from the UK, but "we are just expecting reason to prevail so that international relations don't sustain damage such as we have seen recently."

"We need to work within the framework of sound political processes, founded on fundamental norms of international law, and this will make the world a more stable and predictable place."

Ahead of the meeting, British chemical arms expert John Foggo slammed Russa's proposal for a joint-inquiry into the affair as "perverse."

"We will not agree to Russia's demand to conduct a joint investigation into the attack in Salisbury because the UK — supported by many other countries — has assessed that it is highly likely that the Russian state is responsible for this attack, and that there is no plausible alternative explanation."

Read more: "Evidence for culpability points to the Russian state"

Allies firm: London has suffered a hit to its credibility after its inquiry drew a blank on the source of the weapon, despite Foreign Minister Boris Johnson insisting to DW they had "categorical" evidence that Russia supplied the nerve agent.

Daylight attack: Ex-double agent Skripal was found unconscious alongside his daughter after being poisoned with a Novichok agent, which was developed in the Soviet Union.

Russia blamed: London was quick to blame Russia for the attack. It expelled dozens of Russian diplomats and officials as a result of the attack and called on its allies to follow suit. More than 150 Russians were expelled internationally.

Further results: The OPCW will complete its analysis of the chemical weapon early next week and says it will release the results in the interests of transparency.