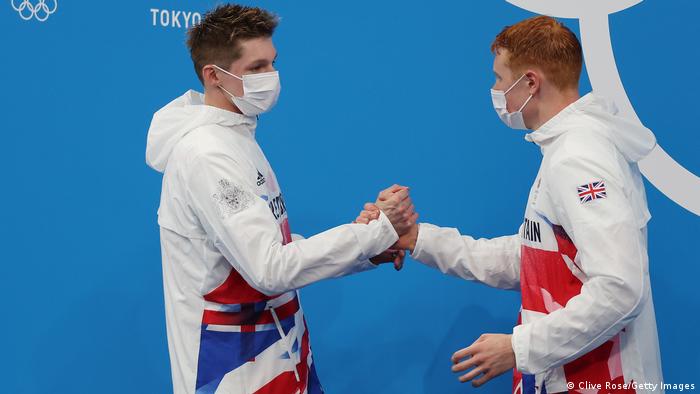 You may not have believed it would happen, but against all COVID (and other) odds, the Olympic Games in Tokyo are in full swing.

Sure, the stadiums are mostly empty, and living in the Olympic Village will feel different with all those corona restrictions.

But the central Olympic tenet remains the same: It's a competition between the world's best athletes.

And with that come those age-old doping concerns.

To try to make sure the Games are fair, the International Testing Agency (ITA), overseen by the World Anti-Doping Agency (WADA), says it is "leading the most extensive anti-doping program for Tokyo 2020 that has ever been implemented for an edition of the Olympic Games."

In their humble words, they want to make sure athletes using performance-enhancing substances do not stand a chance.

As DW Sports has reported, an ITA team of 24 managers and 250 doping control officers is expected to test around 5,000 urine and blood samples from over 11,000 Olympians over the course of the Games. The ITA describes the tests as "targeted and unannounced."

A positive doping test can result in an athlete being banned from their sport for years. And they have to hand back any medals they won in competition, when or wherever they tested positive for banned substances.

That may or may not be a fair way to treat cheats. But what if they never intentionally used doping agents?

Tokyo Olympics: How have the beleaguered games begun?

An investigation by doping reporters at ARD, a German public broadcaster, has revealed that certain doping agents can be transferred by skin-on-skin contact.

And they say it does not take much ― a brief handshake or pat on the back may be enough.

The findings are the centerpiece of an ARD documentary called "Doping Top Secret ― Guilty."

The reporting team, lead by Hajo Seppelt, was first approached in 2016 about the possibility of doping through skin contact.

They started investigating and eventually set up an experiment in cooperation with the German Sport University in Cologne and the Institute for Forensic Medicine at University Hospital Cologne.

Twelve men between the ages of 18 and 40 had a small amount of different anabolic steroids applied to hands, necks and arms. In the weeks that followed, the trial participants supplied the lab with various urine samples.

'I wouldn't have expected this'

The results: All 12 men tested positive. Their samples indicated that they had used illegal substances ― even though they never actively ingested anything.

"When we were first approached about this, I thought 'Sure, maybe it could work here and there,'" Seppelt told DW from Tokyo, where he is covering the Olympics. "But when all of them were positive, that was a surprise. The clarity of it all really made me think."

The banned substances could still be traced in some of the urine samples trial participants handed in up to two weeks after the doping agents were applied to their skin. Even experts were shocked by the experiment's results.

"I wouldn't have expected it [to be] this way, especially the fact that the traces were visible for that long," said Dr. Martin Jübner, a forensic toxicologist at the Institute for Forensic Medicine at University Hospital Cologne, in an interview with DW. 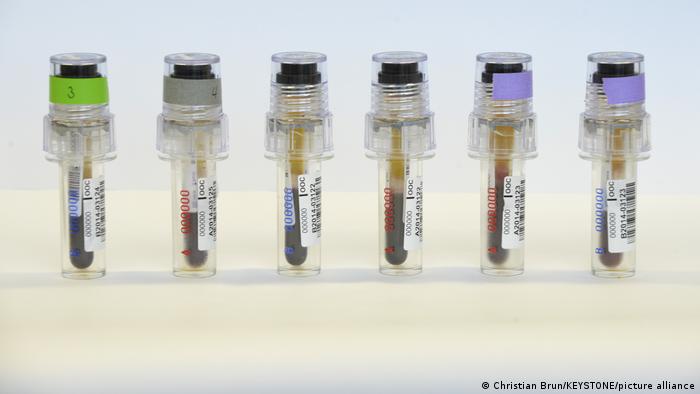 Avoiding the wrong kind of inspiration

None of the people involved in the experiment want to share too many details at this time.

The study is still going through a long, scientific peer-review process and it will be months, Jübner says, before the results can be published.

But the experts also do not want to give anyone ideas ― they do not want to see their work misused as an instruction manual for how to dope an unsuspecting athlete.

That is why there is no exact information on what kind of doping agents were applied to trial participants' skin. They have only said that it was anabolic steroids.

Their caution may be warranted. There have been several high-publicity cases of athletes who had medals revoked or careers ruined because of positive doping results that they said stemmed from someone slipping them banned substances without their knowledge. And that was when people thought the doping agents had to be mixed into someone's food, water or toothpaste. Now it looks like an inconspicuous handshake is all it takes.

A strict principle of liability

Experts suggest the findings may lead to changes in how doping allegations are handled by sports courts.

As things stand, the system used with doping allegations is not, as in criminal law, "innocent until proven guilty," but exactly the opposite.

In sports, there is a strict liability principle that says when an athlete tests positive for banned substances, it is first presumed they did in fact dope to have an unfair sporting advantage. And if the athlete claims that they did not dope, the onus is on them to prove they are innocent.

Strict liability, as WADA explains on its website, "means that each athlete is strictly liable for the substances found in his or her bodily specimen, and that an anti-doping rule violation occurs whenever a prohibited substance … is found in a bodily specimen, whether or not the athlete intentionally or unintentionally used a prohibited substance or was negligent or otherwise at fault."

So, they are basically saying a doped athlete is a doped athlete and whether they wanted to or not, they got an unfair advantage. Proving that they did not dope on purpose may later only spare them the public shame of being banned from their sport. But in WADA's eyes, the race was still run unfairly. 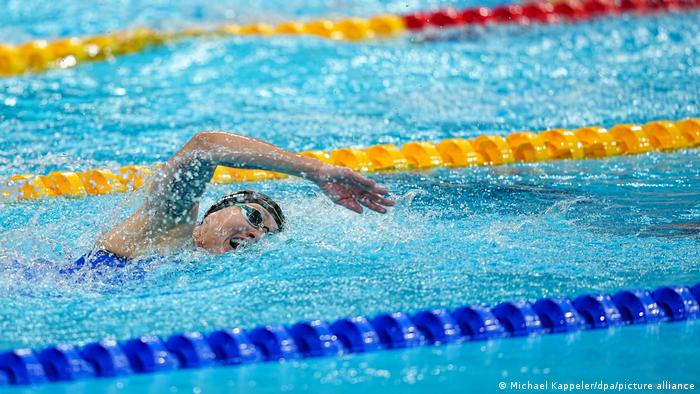 After a positive doping test, the onus is on the athlete to prove that they did not use illegal substances to beat their rivals

If it is this simple to produce a positive test in an athlete, how could they still be asked to prove their innocence? Pinpointing that one crucial physical contact that might have been responsible for the doping agent in your body would be all but impossible.

Jübner says there may be ways to prove it, though. People have tried to look how doping agents are processed by an athlete's metabolism to "determine how a substance made it into the body. That's one thing we really have to look at."

The ARD's TV documentary may lead to more public scrutiny and pressure WADA and international sports courts to re-examine their systems.

But then it may just as well do nothing.

In 2020, when a team of Italian scientists published a study that also revealed that skin-application of a doping agent could induce a positive test, nothing much happened as a result.