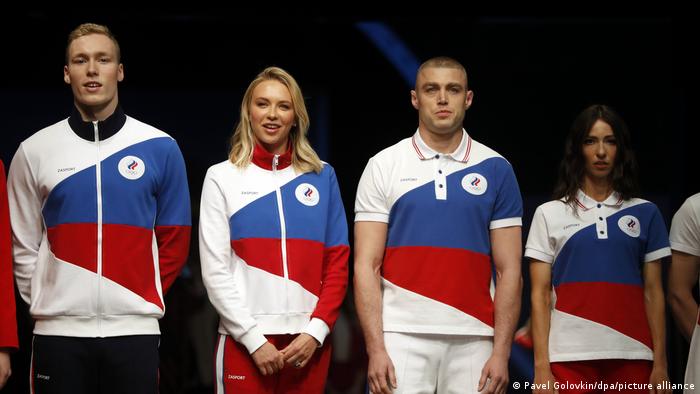 No national anthem, no national flag, not even the famous image of a bear on the costumes of the synchronized swimming team: such is the reality for Russian athletes traveling to the Olympic Games in Tokyo this month.

Until December 16, 2022, Russian sportsmen and women must compete in international competitions under a neutral flag, according to the sentence handed down by the World Anti-Doping Agency (WADA) in December 2019 for the manipulation of doping data.

Russian athletes permitted to compete at the Games in Tokyo will instead compete as part of team "ROC" – Russian Olympic Committee – under a flag with a torch and three flames in the colors white, blue and red, the colors of the Russian flag, plus the five Olympic rings.

"Despite our neutral status and the difficult preparation due to the pandemic, we're optimistic and traveling to Tokyo in good spirits," says Shamil Tarpishchev, president of the Russian Tennis Federation and member of the International Olympic Committee (IOC).

The team's neutral status has been the subject of much discussion in Russia, where the country's sporting bodies have frequently referred to Rule 6.1 of the Olympic Charter which states that "the Olympic Games are competitions between athletes in individual or team events and not between countries," in order to calm unrest. The Russian athletes in Tokyo will feel the impact of that rule more than most. 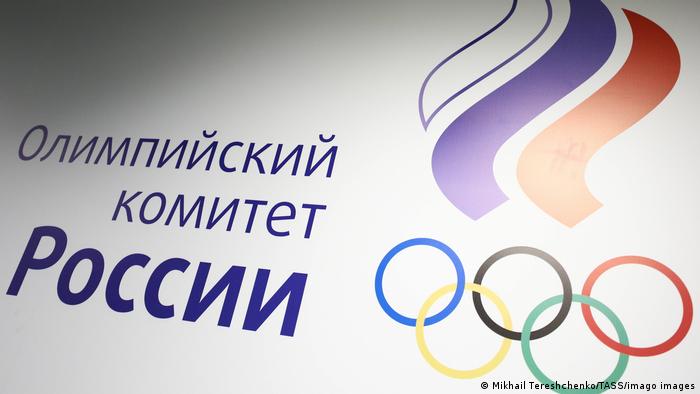 No flag, no anthem – but at least some Tchaikovsky

"It's psychologically difficult to compete at big events like the Olympics without your country's symbols," says Sergey Shavlo, a former Spartak Moscow footballer who won bronze with the Soviet Union national team at the 1980 Olympics in Moscow. "For me, it was always special to hear the anthem of the USSR before games."

Elena Vaytsekhovskaya, on the other hand, doesn't think it's that bad. The former Soviet Olympic diver, who won gold in Montreal in 1976, tells DW: "Athletes train for four years, indeed their whole lives, to perform at their best at such a huge sporting event. For them, it's not a big deal whether they see a flag or hear an anthem or not. They're focussing on their own performance."

And anyway, adds the 63-year-old, it's not as if everyone doesn't know which country the "neutral" athletes are representing.

Still, team "ROC" will not be completely without musical accompaniment. At the opening ceremony, they will enter the stadium to an excerpt from Tchaikovsky's Piano Concerto No. 1 after the IOC granted a request from the Figure Skating Federation of Russia. 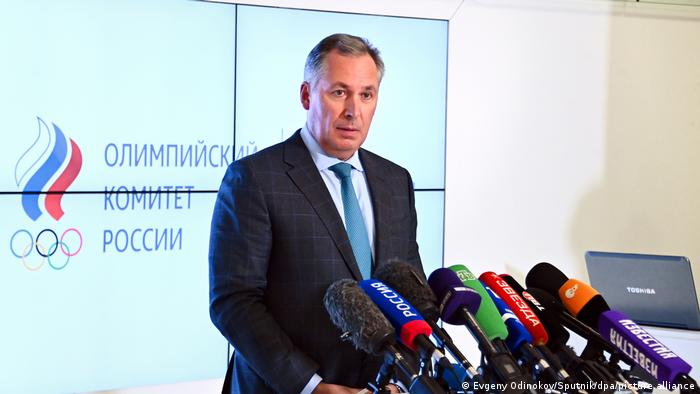 Inevitably, however, the Russian athletes will also be accompanied by the shadow of their country's doping scandal. Russia wasfound guilty of manipulating doping data in December 2019 and its athletes are now paying the price – not that one would know by reading or listening to Russian media, where the whole affair has been quietly brushed under the carpet.

Instead, column inches are dedicated to COVID-19, vaccinations, tests and the general health and wellbeing of the Russian athletes.

Asked at the end of June whether there could be more doping problems as a result of the lack of tests during the pandemic, the President of the Russian Olympic Committee (OKR), Stanislav Pozdnyakov, told DW he was confident that that won't be the case.

"It's true that it was almost impossible to test athletes at the height of the pandemic, but RUSADA [the Russian Anti-Doping Agency] has been working closely with WADA [the World Anti-Doping Agency] since autumn 2020 and we are hopeful that there will be no cases of doping in Tokyo," said the four-time Olympic fencing champion (1992-2000).

"We want to prove our zero-tolerance stance when it comes to the use of banned substances," he added.

Previously, Pozdnyakov had addressed young Russian athletes, making it clear to them that "the doping control officer is not the enemy! They are just as much a part of the Olympic Games as everyone else."

But not everybody has received the message. Only recently, rowers Nikita Morgachyov and Pavel Sorin were withdrawn from the Olympic team following positive doping tests. Pozdnyakov was visibly irritated and said he was grateful that RUSADA was "dealing with the alleged problems with banned substances and taking the relevant measures." 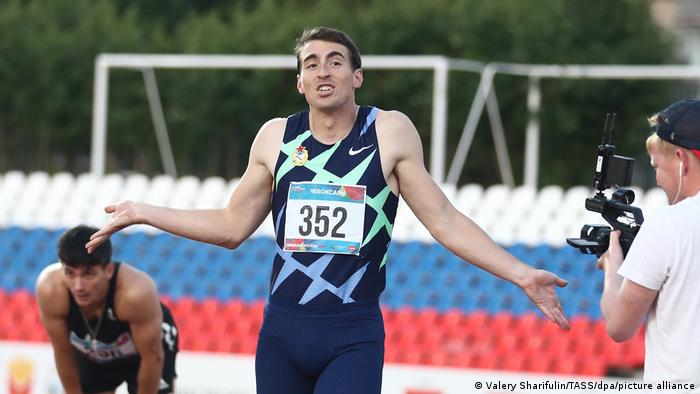 The situation for Russian track and field athletes has been particularly problematic in the build-up to the Games. When it emerged in the wake of the doping scandal that World Athletics would only permit ten Russians to compete in Tokyo, concerns grew among the athletes. 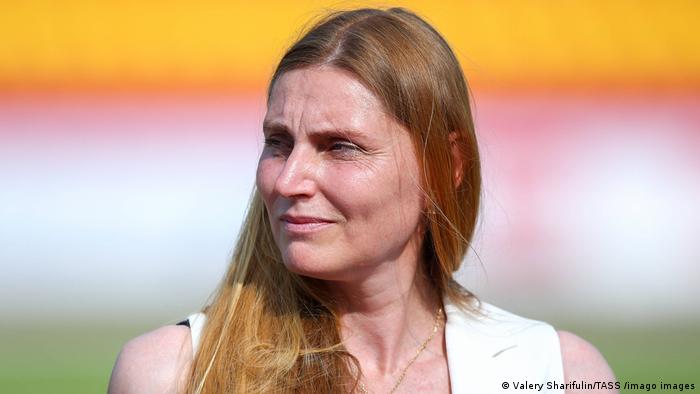 And it's not just in the athletics events that Russia is aiming for maximum success. Even going back to Soviet times, the Olympic medal table has always been of great importance.

RAF president Privalova won gold in the 400m hurdles in Sydney in 2000, and would be happy if Russia's track and field team win one gold medal in Tokyo. But her bosses have higher ambitions: Russian athletes have been set a target of 40-50 medals and should unofficially aim to finish in the top three along with China and the USA.

Among the general public, however, only a few people are interested in Olympic medals. For most Russians, the doping scandal is history; they're tired of the pandemic and have other things to deal with in their daily lives. But the general interest in the Games hasn't disappeared completely.

"I'll definitely watch on television," says pensioner Natalia for example. "It's a shame that the Russian athletes have to compete as neutrals though; they've earned more respect than that."

Vladimir, an interior designer, on the other hand, thinks the sanctions are justified. "I know that Russian athletes doped," he admits. "But I'm sure that other countries do it, too. It's all about politics."

Russian athletes will be under strict supervision in Tokyo, whether in national uniforms or not, and there will be particular focus on their successes. After the doping scandal, it's time for Russia to face the consequences.

Delayed by a year, largely without spectators and Tokyo in a state of coronavirus emergency; this Olympics will be different from those of the past. Has the past year offered athletes greater opportunities to cheat?

The Olympics produce some of the best moments in sports. As the world's elite athletes gather in Tokyo 2020, so do the best photographers to capture all of the action. Here's a look at some of the most iconic moments.