SIPRI: From climate to war, world entering a critical era | Europe | News and current affairs from around the continent | DW | 22.05.2022 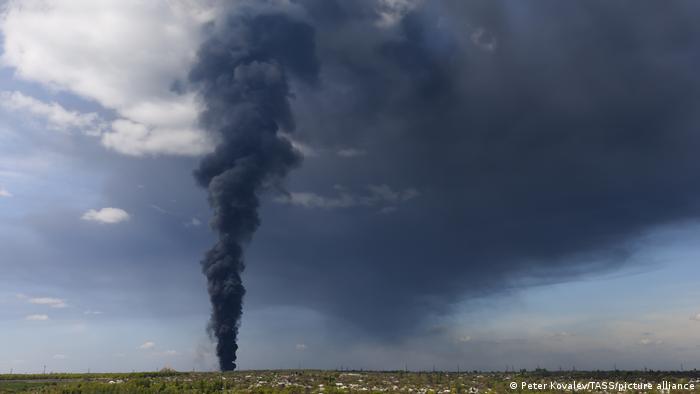 The Stockholm International Peace Research Institute has painted a vast and worrying picture in its latest report, entitled "Environment of Peace: Security in a New Era of Risk."

The independent research institute, or SIPRI, which has received worldwide recognition for its annual tracking of international arms exports, warns of a global emergency.

"A compound environmental crisis and a darkening security horizon are feeding each other in dangerous ways," SIPRI's researchers write. Felled forests, melting glaciers and polluted oceans are occurring simultaneously with an rise in the number of conflict-related deaths, arms expenditures and increasing numbers of people at risk of starvation. Pandemics pose further dangers.

Somalia provides an example of such simultaneous emergencies. The East African country is dealing with a two-year drought, poverty and attacks from the terror group al-Shabab.

Similar problems have arisen in Central America. Crop failures linked to climate change have combined with conflict and corruption to trigger a mass exodus toward the United States. 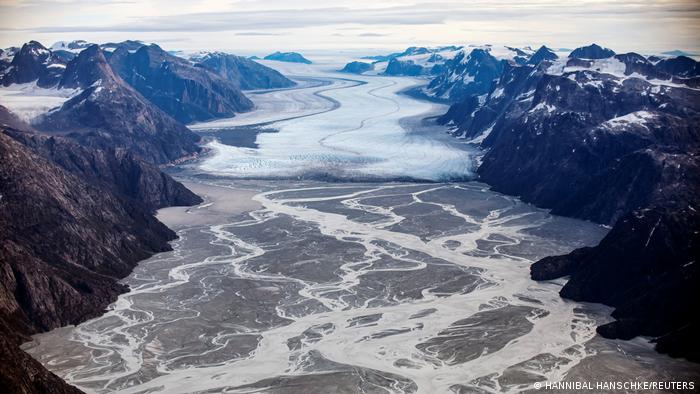 'Time to act is now'

Lacking a global plan, the world is "stumbling" into these intertwined dangers, according to SIPRI.

"Nature and peace are so closely linked that damaging one damages the other. By the same reasoning, enhancing one enhances the other," SIPRI's director, Dan Smith, told DW. "Action is possible — and the time to act is now."

The report's release coincides with the start of the ninth annual Stockholm Forum on Peace and Development and is SIPRI's wake-up call for politicians and decision-makers. According to SIPRI, many governments have failed to recognize the depths of the crises — or have even actively ignored the issues, allowing them to become worse.

Smith said some governments "would like to act, but they have other priorities that demand time and attention as a matter of urgency, such as the pandemic for the last two years and the war in Ukraine today."

The 30 authors of the report, drawn from SIPRI and other institutes, conclude that, though humans overall are financially better off than they used to be, they are also more insecure in many other ways. Over 93 pages, the authors describe the consequences of regional catastrophes and conflicts in an interconnected world.

Extreme weather events caused by climate change and the coronavirus pandemic have threatened global supply chains. Conflicts and crop disasters have made farming unreliable, sending farmers into the global migration flows. Often the countries that farmers are fleeing from are also dealing with high poverty levels and poor governance, according to SIPRI.

SIPRI reports that the number of armed conflicts between countries doubled from 2010 to 2020, to 56. The number of refugees and displaced people around the world also doubled, rising to 82.4 million.

In 2020, there was also an increase in the number of nuclear warheads in the world — after years of decreases. In 2021, the world's military spending exceeded $2 trillion (€1.9 trillion) for the first time.

The SIPRI paper also explores climate change, pointing out a number of sobering facts: About one in four species face extinction; the number of pollinating insects is rapidly declining; soil quality is deteriorating; and natural resources continue to be exploited at unsustainable levels.

Climate change is also leading to more frequent and intense extreme weather events. "The pandemic shows us clearly the risks we run when we choose not to prepare," Margot Wallstrom, Sweden's former foreign minister and a former European commissioner for the environment, said in a statement accompanying the report's release.

"As the environmental and security crises get worse, governments need to assess what risks lie ahead, to develop the capacity to deal with them and to make societies more resilient," said Wallstrom, the chair of the panel of international experts who helped guide the project's researchers.

The researchers write that South Korea provides a good example of how to act with foresight. When the COVID-19 pandemic began, South Korea applied lessons learned during the 2002 SARS outbreak.

Over the two years of the pandemic so far, South Korea has mostly managed to keep its national mortality rate to about 10% of that of countries with similar-sized populations. In doing so, South Korea has also avoided many of the economic and societal problems that other countries have dealt with.

The SIPRI researchers also offer possible off-ramps for the global crisis, as well as short-term measures. This new era of risk requires new modes of cooperation to address common threats. And, according to the report, decision-making processes everywhere from the United Nations to municipal projects should always involve the people who will most feel the impact.

But is this kind of advice realistic? Given Russia's invasion of Ukraine, the potential for a new Iron Curtain and tensions between China and the West, is the idea of improved international cooperation not just wishful thinking?

"Assuming something is impossible makes it impossible," said Smith. He suggested that self-interest should convince governments to act. Officials know that "the environmental degradation is generating — and will generate — insecurity," he said. And that "can only be addressed by cooperating," he added.

"Since they need security, they need to reverse environmental deterioration," said Smith. "They can do this only by working together, as China and the US recognized in their joint statement on cooperating on climate action at COP26 last November in Glasgow."

As a major economic power, Germany can play a vital role in shaping the necessary change, said Smith. "Germany was the first country to raise the links between climate change and insecurity at the UN Security Council." Now, he said, Germany has the opportunity to "start with an energy transition that doesn't just wean it off Russian fossil fuels, but off fossil fuels altogether."

Countries were hit with "severe and long-lasting" heat waves last summer, EU scientists have revealed in a new report. Experts believe the conditions contributed to wildfires and deadly flooding across Europe in 2021.